Table-toppers Napoli face arguably their toughest away game of the season this weekend when they make the trip to the Serie A champions Juventus.

We have a selection of tips for Sunday's Serie A clash between Juventus and Napoli, and each comes with the latest betting odds. We have scoured the top bookmakers for the odds with the best price just for you.

The odds for our predictions are subject to change leading up to kick-off. Therefore, we always suggest that you check with your bookmaker for the latest and best odds before placing any bets.

Napoli Look to Extend their 100% Start to the Season

Juventus had to come from behind twice to rescue a point against Roma at the weekend. Cristiano Ronaldo netted both of Juventus' equalisers, the second arriving after midfielder Rabiot had been sent-off for the visitors. That point leaves Juventus unbeaten after two league games and occupying fourth spot, but a win on Sunday could be enough to send the current champions back to the top.

An early goal from Lozano set Napoli on their way to a romping 6-0 home win against Genoa last time out. The remaining 5-goals all arrived in the second half via Zielinski, Mertens, another for Lozano, Elmas, and lastly, Politano. Napoli simply had too much for their guests to handle and will be full of confidence heading into the weekends' huge away trip to Juventus.

Juventus have only failed to win two of their last five matches in all competitions, and both of those games came against Roma. Sunday's hosts have won their last three home games against Sampdoria in Serie A, Novara in a friendly, and Lyon in the Champions League (losing on aggregate).

Napoli are looking to make it five wins on the run this weekend after securing wins against Genoa and Parma in Serie A, as well as Pescara and Teramo in pre-season friendlies. The visitors are yet to drop a point or even concede a goal in their opening two league games and should prove a tough nut for Juventus to crack this weekend.

Juventus have had the better of Napoli in the pair's last 49 encounters, picking up 25 wins, 10 draws, and suffering just 14 defeats. However, Napoli have claimed wins in each of the duo's last two meetings, the Coppa Italia final and Serie A, and have won four of their last eight games against the current champions.

Defenders Alex Sandro (thigh) and Matthijs de Ligt (shoulder) look set to miss Sunday's big match through injury but are expected back in early-mid October. Winger Federico Barnardeschi (strain) could face Napoli but will need to pass a late fitness test, but central midfielder Adrien Rabiot will miss out through suspension.

Lorenzo Insigne is the main injury concern for the visitors this weekend. The Italian forward was withdrawn during the first half of the 6-0 win over Genoa and is likely to be replaced in the starting eleven by Macedonia's Eljif Elmas. Greek defender Konstantinos Manolas was also withdrawn during the Genoa win, making it through to half time, being replaced by Nikola Maksimovic. 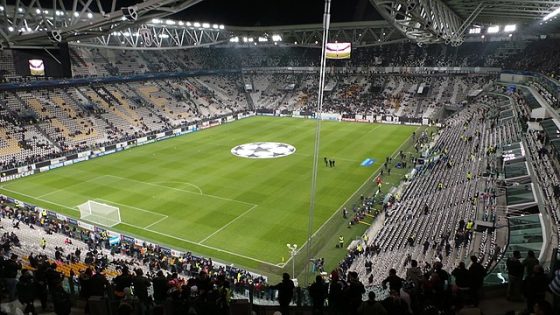 Our free tips section allows you to discover our tipster's top predictions for Juventus vs Napoli. Each of our betting tips are given plenty of thought and use the latest statistics and information available about each team. These free tips will always be accompanied by the very best odds from the top bookmakers, but all betting odds are subject to change. For the best price, you should compare the top bookmakers before making any bets.

There have only been two goalless draws in the last 11-years between Juventus and Napoli, and both of those stalemates arrived in the Coppa Italia. The last four meetings between the pair in Serie A have all ended with both teams getting on the scoreboard. Juventus have failed to keep a single clean sheet in their last five home games against Napoli, and the visitors head into the game on the back of a huge 6-0 victory.

Napoli to Win or Draw

Napoli have won three of their last six matches against Juventus, which includes that penalty shoot-out victory in the Coppa Italia final back in June. The visitors haven't lost any of their last four matches in all competitions (including friendlies), and head into Sunday's clash having won their opening two games in Serie A. Juventus dropped points away at Roma last time out, drawing 2-2. At the same time, Napoli claimed a 6-0 victory over Genoa.