Malmo FF will make their last appearance in the current season of UEFA Champions League in their coming match against Juventus. The Old Lady have confirmed their name for the knock-out stage.

*Odds from Betfred, Netbet and SBK are subject to change

Malmo FF are unbeaten from the last five games and have registered two wins in that duration. On the other hand, Juventus have lost twice in that course but they have managed three victories as well. Adding more, the Old Lady had a tough time back in match days but they are now on the track and have been impressive throughout the group stage of the UCL as well. The hosting team of this match also rules in all of the H2H games. So we will back the Zebras to end this round with one more victory.

Two of three H2Hs between these two games have featured a low-scoring outcome and we expect to see the same kind of pattern in this game as well. Juventus and Malmo FF have hit the target six and five times respectively in their last five outings. But the backline of the Old Lady have been tricky against the Sky Blues and didn’t concede a single goal.

All of the three H2Hs between these teams witnessed clean sheets and Juve claimed all of that, scoring in all of those. They have also scored in almost all of the recent home games and missed the chance only once. So the hosts will be confident in their camping ground to get on the score. But things appear difficult for the Blues One who also didn’t score in their last game. Therefore, Juventus are likely to repeat the trend and win the game against Malmo FF with the help of clean sheets.

Juventus vs Malmo: Check out the best odds and the latest stats

Match Preview of Juventus vs Malmo: Allegri to guide Old Lady to next round

The Old Lady continued their winning style in their last game against Genoa and took victory with a clean sheet. With this win, the team has advanced to the fifth position from seventh in the point table of Serie A. Juventus also hold second place in their Champions League Group H, with tied points as the group leader Chelsea. The club boss Massimiliano Allegri will have three players out of the next game due to injuries.

On the other hand, Malmo drew their last game in Allsvenskan against Halmstad but retained their first spot with equal points to the second position. Malmo have had a great time in their local league but are the modest team of their Champions League group. They haven’t won a single game in the UCL and have conceded four defeats out of the five attempts. Jo Inge Berget and four other players are not ready for the selection due to fitness concerns.

Questions About Juventus vs Malmo 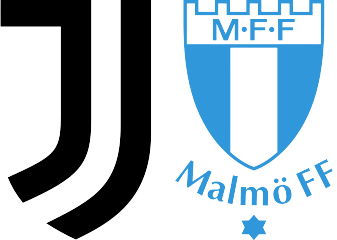 Where is the game being televised? BT Sport and DAZN Deutsch.

Who are the players to watch out for? Paulo Dybala (Juventus) and Veljko Birmančević (Malmo).