Perhaps the derby of the round in Champions League is the Juventus vs Chelsea duel. The two European giants will meet after winning their first-round matches, so this could be a very interesting game.

Our free predictions and betting picks for Juventus vs Chelsea

If you are struggling to find the right bet for the Juventus vs Chelsea duel, check out some of our top betting tips for this match:

After a turbulent summer and Cristiano Ronaldo saga that ended with him leaving Juventus, the team from Torino had a very poor start to the new season in Serie A and they are currently ninth with two wins, two draws, and two losses. Also, the team pretty much struggled to get those two wins. Meanwhile, Chelsea lost to Man City over the weekend, but they've had a good start overall. So, our first prediction for this match is for Chelsea to win.

Juventus and Chelsea to Draw at Half Time

While we expect Chelsea to win this game, we don't expect them to have an easy job. Juventus is still a great team and we expect the match to be decided in the second half, which is why our next prediction is for Juventus and Chelsea to draw at half time. That being said, Juventus drew at half time in just one of their six Serie A matches, while Chelsea did it in three of their six games in the Premier League.

Both of these teams are known for having a great defence, although Juventus is struggling on that end at the start of the new season since they've conceded at least once in all of their first six games in Serie A. Meanwhile, Chelsea only conceded twice in their first six games in the league and they've averaged 2.33 goals per game so far. In any case, we don't see a lot of goals being scored in this match.

The latest stats, odds, and more for Juventus vs Chelsea

If you are looking for the best Champions League odds, check our selection of odds for the Juventus vs Chelsea duel right here:

Juventus vs Chelsea preview: Who will win the derby of the round?

The most-decorated Italian team dominated Serie A for a decade, but that was finally ended last season when Inter Milan won the title, while Juventus had to fight for a spot in the Champions League until the very last round. The struggles continued for them in the new season and the team failed to win in their first four Serie A games. They won their last two matches in the league, but had to work hard for both of them. Juventus also beat Malmo in the first round of their Champions League group.

After four wins and a draw in the first five matches in the league, Chelsea finally lost over the weekend. The loss came in a derby against Man City at home, but the team should be able to refocus quickly and keep going in the positive direction. Chelsea also won their first-round game in the Champions League against Zenit.

Team news and potential starting lineups for Juventus vs Chelsea

This weekend was pretty bad for Dybala, who limped off from the pitch in tears after getting injured against Sampdoria. Morata was also injured in this game, but he is still considered as questionable. Arthur, Jorge, and Caviglia are also on the team's injury list and remains to be seen whether they will be able to play in this game.

Meanwhile, Chelsea will certainly be without N'Golo Kante who tested positive for coronavirus. Mason Mount and Christian Pulisic are still on the sidelines, but they will be joined by Reece James who got himself injured over the weekend. So, the biggest question for Tuchel is who will start in the midfield for the team against Juventus.

FAQ for Juventus vs Chelsea 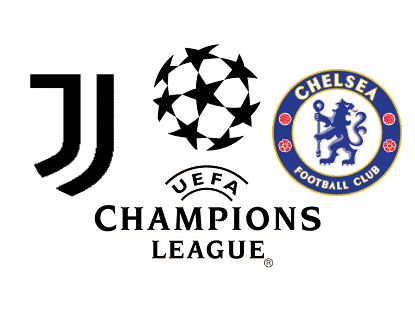