Juventus to win to nil

A lot has been made of how bad Juventus have been this season but they're still one of the better Serie A sides and Cagliari will have their work  cut out to get anything from the game. Can they spring a surprise? Find out with our Juventus vs Cagliari match preview with free tips, predictions and odds mentioned along the way.

Juve to win to nil

Juventus might have been on the wrong side of plenty of criticism this season but they're only a result or two away from challenging for a top four spot. Their recent form has been really good too; they are unbeaten in five and have won four of those five matches without conceding. When you consider that their visitors have won just one of their last 10 games whilst blanking in three of their last five a win to nil bet starts to sound like it offers serious value. Juve have won three of the last five head to head meetings without conceding too.

Our next tip for Juventus vs Cagliari is for the Old Lady to run out 2-0 winners. We've already established why we think Juve will win to nil with their good form and Cagliari's lack of goals but there is logic to the specifics of the correct score prediction too. Three of Juventus' last four wins have been by that score line – those two games happen to have been against Salernitana and Genoa; that's noteworthy because they are rooted in the bottom three with Cagliari. Then we have the h2h record. The last 10 meetings have served up plenty of results but the most common one is Juve winning 2-0.

All the stats & odds for Juventus vs Cagliari

Genoa vs Atalanta: Check out the team lineups

Even with their current league position being south of where they'd like to be, Juventus will have this game earmarked as a nailed on three points. It's hard to argue against that given Cagliari are fresh off the back of a 4-0 humiliation; the away side might point out that was an unflattering score line given a few spectacular strikes found their way in. Either way though, they'll need a massive performance to get anything in Turin.

Juventus might be in decent form but they're still missing a few big players with Federico Chiesa perhaps the main man missing. At the other end, the experienced Georgio Chiellini is facing a late fitness test.

Cagliari endured a torrid 90 minutes last time out so it's highly plausible a few changes will be made. Kevin Strootman is one who will definitely miss out. Razvan Marin will be suspended.

The final word on Genoa vs Atalanta 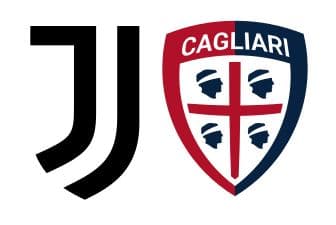