Juventus have started the new Serie A season unusually slow and now they play host to one of the division's in-form clubs, AC Milan. Both teams were involved in midweek Champions League action and may well look to rotate their starting lineups on Sunday.

We fancy AC Milan to come away from this weekend's clash with at least a point to show for their efforts as the visitors have made a 100% start to the new season and won at this very stadium last season by three goals to nil. Juventus have only managed to pick up a point from their first three games, so perhaps the mess many blamed on last season's manager Pirlo has more to it than meets the eye.

We're predicting that there will be at least one goal in this game for both teams as three of their last five encounters in league and cup have ended with both teams getting on the scoreboard. Both teams have also scored in three of Juve's and three of AC's last six outings in all competitions, adding further weight to our prediction for both teams to score this weekend.

Olivier Giroud has started his AC Milan career well, netting two goals in two starts, and the French forward was back on the bench in midweek and will surely start against Juve with Ibrahimovic potentially missing the game through injury. Giroud, 34, is a team player and has always done well in front of goal when given a run in any of the teams he has played for so it is not a surprise to see him shining in Serie A in his twilight.

Juventus: the host's main injury concerns this weekend are the Brazilian duo Arthur and Kaio Jorge both of whom are expected back in a couple of weeks.

AC Milan: Ibrahimovic has an issue with his Achillies tendon that could keep him out of action until October, while Krunic and Bakayoko are both set to miss the trip to Turin through injury.

Juventus vs AC Milan: That Stats

Juventus took the lead in their last Serie A game away at Napoli and even lead at the interval. However, goals from Politano and Koudibaly saw Napoli turn the game on its head and condemn Juventus to their second-worst start to a season in 52-years. A midweek win over Malmo may well have lifted Juve's spirits but the true test will be when they take on a confident AC Milan side on Sunday.

AC Milan only won their first game of the season away at Sampdoria narrowly but that was followed up by a 4-1 win over Cagliari and a superb 2-0 victory over Lazio, putting them joint-top of the table with Roma. AC gave a good account of themselves in midweek when they travelled to England to face Liverpool but eventually slipped to a 3-2 defeat. 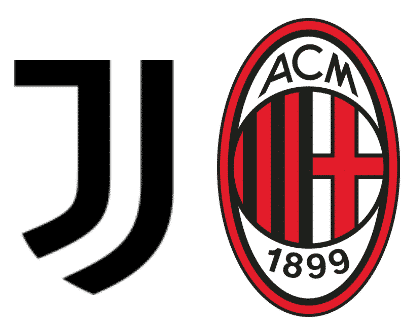