For several months last season, Serie A was infused with the fresh hope of an impending new dawn. Juventus, champions since 2012, spent a concerted period on the proverbial ropes, with a terrible start to the campaign all but derailing their chances of recording a fifth successive Scudetto.

The Bianconeri chips were down; their domestic monopoly seemingly over. But, just as all great football teams do, they rallied.

Roma, Inter Milan and Napoli all glimpsed the title at one point or another, only to stumble while looking perilously over their shoulder at the encroaching black-and-white machine. Coach Massimiliano Allegri adjusted his tactics and Juventus became unstoppable, going unbeaten for 26 consecutive league games – winning 25 – to secure a fifth straight championship with three fixtures to spare.

Some admire the Turin giants’ unrelenting dominance. Others consider it monotonous. Ultimately, though, regardless of the vantage point from which their success is viewed, there exists a shared acknowledgement of the need for such a stranglehold to be challenged.

Juventus’ status atop the Italian football hierarchy was shaken slightly by their beginning to 2015/16, and their foundations have been tested further still by a summer transfer window of comings and goings from Turin.

Two months ago the champions launched one of the most significant power plays in recent memory by acquiring Roma’s midfield creator Miralem Pjanic. The Bosnia-Herzegovina international had established himself during his time in the capital as one of the finest playmakers in Italy, and last year was his finest yet. In 33 league outings Pjanic scored 10 and set up 12 goals, making him arguably the Giallorossi’s most influential player.

The signing has been seen as both a boost to Juventus’ hopes of maintaining supremacy and a huge blow to Roma’s chances of progressing from a third-place finish. It was a form of consolidation, but more was to come. 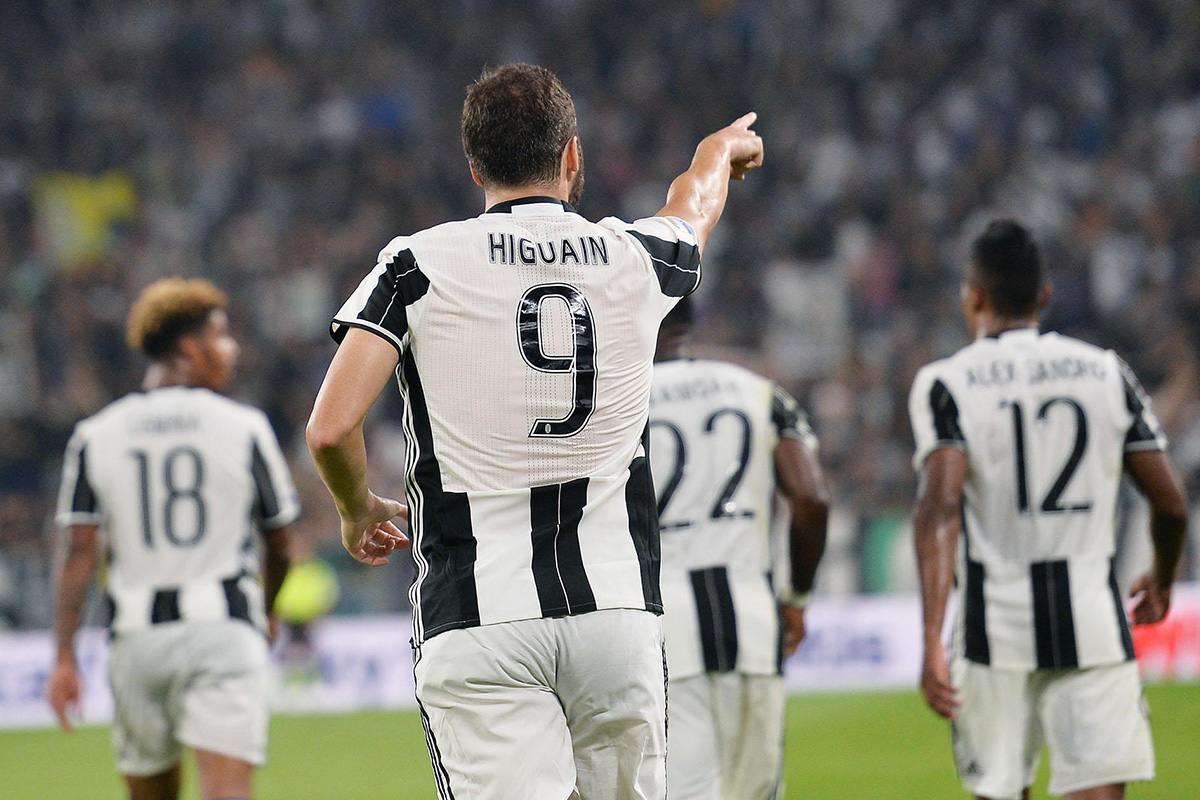 On 26 July, the Bianconeri paid an eye-watering £76 million to sign Gonzalo Higuain from Napoli; last season’s runners-up. The transfer stunned Serie A. Naples, in particular, was rocked: one company offered a Partenopei fan free removal of a prominent Higuain tattoo. One restaurant even came up with a sadistic promotional offer: pizza Margherita for €1 when the Argentine striker picks up his first injury in a Juventus shirt.

While such dramatic reactions may initially seem over the top, it’s worth remembering just what Higuain meant to Napoli. He was their attacking talisman; his name was roared at the Stadio San Paolo after he had scored, which happened a lot.

His 2015/16 campaign was historic; he scored 36 goals in 35 league games, beating a 66-year-old record set by AC Milan's Gunnar Nordahl who fired in 35 league goals in one season.

Higuain was more than a footballer to Neapolitan football fans; he was a hero, a symbol of regional pride and a beacon of hope that, one day, Juventus might be toppled. His sale saw much of that hope crushed in an instant. Indeed, the Argentine hitman has already showed his new team-mates what he can do, as he rose from the bench to net the winner in the week one 2-1 victory over Fiorentina.

Pjanic and Higuain were part of a spending spree that also involved the acquisition of right wing-back Dani Alves from Barcelona, centre-back Medhi Benatia from Bayern Munich and promising Croatian winger Marko Pjaca from Dinamo Zagreb. Over the course of one summer, the balance of power between the top three teams in Serie A last season had shifted further in the leaders’ favour.

Perhaps what shocked the most was not that Juventus would sign world class talent, but that they would do so in such a brazen fashion, with vast quantities of cash being flung around with gleeful abandon.

This was a conscious effort to destabilise others, while previously the Bianconeri had often been focused entirely on strengthening themselves. In this respect, there was an underlying cruelty behind the whole process, a wilful neglect for the rest of calcio.

This sort of transfer market behaviour had previously seemed beneath Juventus. The work of the club's sporting director, Giuseppe Marotta, has more often been about intelligent manipulation and outmanoeuvring rather than sheer financial might. 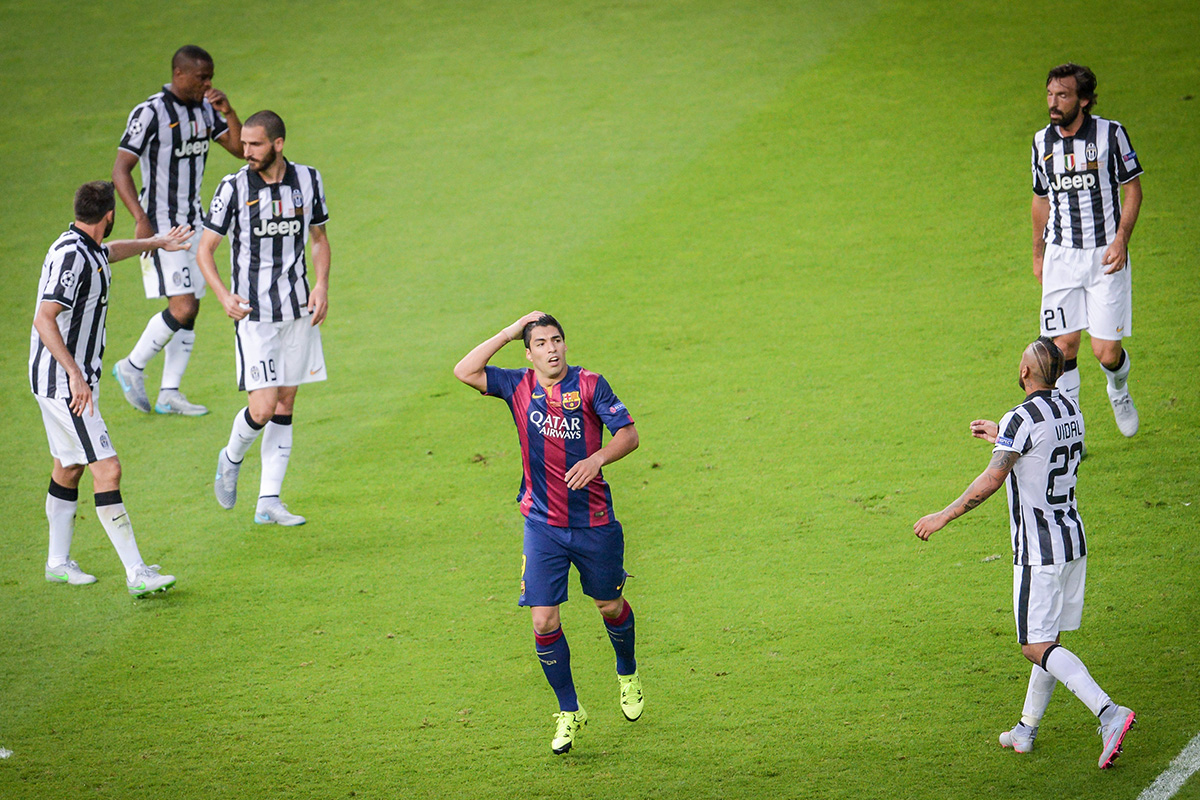 When Milan decided Andrea Pirlo was past his best and let him go for free, Juventus signed the architect and maximised his abilities for four more seasons. A similar thing happened with Patrice Evra; the French left-back was sold for the relatively small fee of £1.2m by Manchester United in 2014, but he has thrived in Italy during the last two years.

So why the change in approach?

But Juve haven't had it all their own way this summer. Paul Pogba’s €140m move to Manchester United has meant they must now do without one of world football's super powers, while goal scoring revelation Alvaro Morata has returned to Madrid.

That world record Pogba fee – added to other sales, such as the €13m received from Watford for Roberto Pereyra – did, however, mean that Allegri's net spend this summer was under £15m, while simultaneously improving his side and weakening that of his rivals.

Juventus’ domestic dominance over the last half-decade has been juxtaposed by an inability to make a serious impact in Europe. In this period, they have made it beyond the quarter-finals of the Champions League just once: in 2014/15, when they lost 3-1 to Luis Enrique’s Barcelona in the final. Last season they came close to knocking out Bayern Munich, even going 2-0 up at the Allianz Arena only to falter and lose in extra time.

As impactful as they might be on the pitch, the signings of Pjanic and Higuain could also be read as statements of intent. Their appearance in black and white is about more than mere tactical suitability, for there are other playmakers and goal scorers, many of whom would have cost less and wouldn’t have caused controversy.

More than that, they are symbolic of the club’s pursuit of continental success. The Champions League has eluded Juventus since 1996, and this summer’s power play is a bid to join the greats of yesteryear.

Juventus’ squad looks stronger than it has in years, even without Pogba. Their hegemony in Italian football has never looked more assured, and the realisation of their European ambitions appears closer than before. They have, somehow, achieved all this while remaining fiscally prudent. Perhaps they haven’t changed after all.