The atmosphere at Juventus Stadium was split between euphoria and disbelief, the 41,000 fans struggling to comprehend how their side had dismantled Barcelona so comprehensively.

The vaunted MSN frontline of Leo Messi, Luis Suarez and Neymar had been almost completely nullified by the Bianconeri defence, while Paulo Dybala’s two-goal display showed just why he is being touted by many as a future Ballon d’Or winner.

Hours later, when the joy at what they had witnesses had worn off enough for lucid thoughts to finally be discussed, those same supporters would admit that it was exactly the kind of display they had been waiting for all season.

Until that warm March evening in Turin, they had only seen fleeting glimpses of the full potential of this team, but when it mattered most they delivered in spectacular fashion. 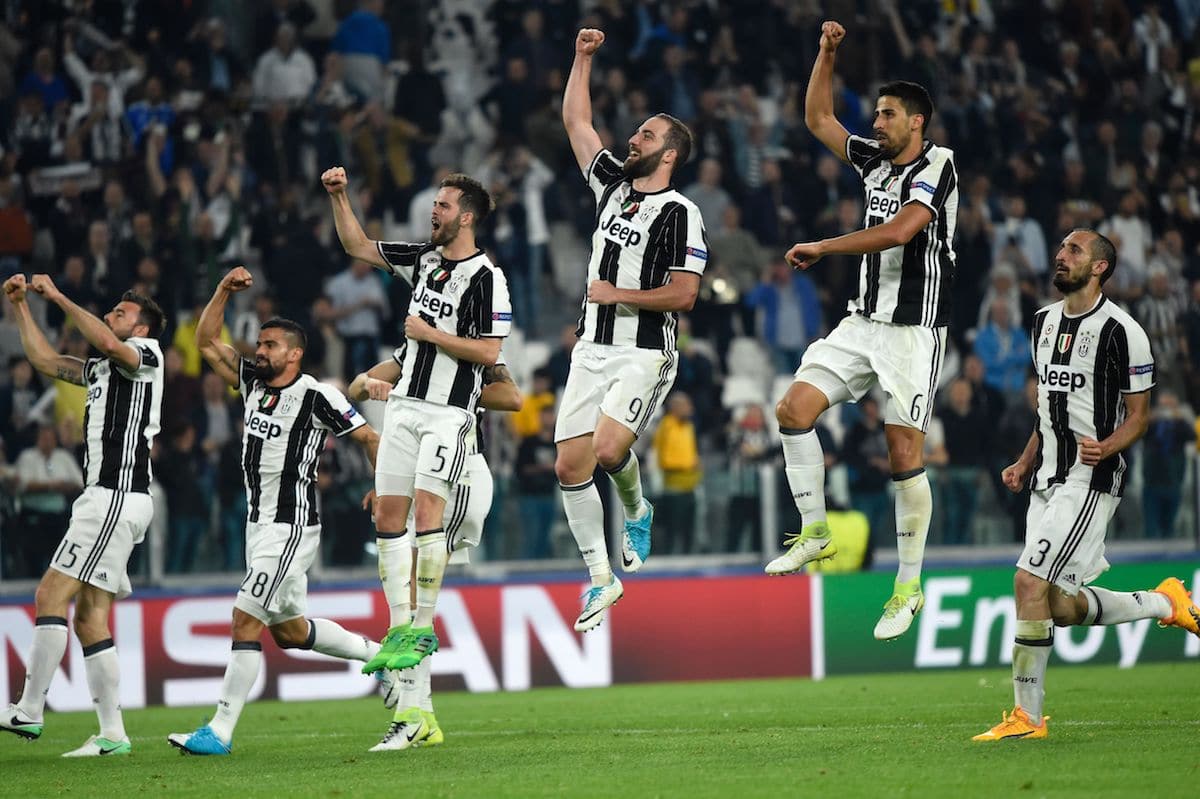 He would never admit it and would probably be embarrassed at the suggestion, but there is little doubt that it was a performance that perfectly illustrated Max Allegri’s greatest strengths.

The Juve boss had set out his side out perfectly for a dangerous opponent, while ensuring they arrived fully prepared for this crucial fixture both physically and mentally.

Many coaches are lauded for their tactical ingenuity, but in truth few have reinvented and reinvigorated their teams the way Allegri has since arriving at Juve in the summer of 2014.

Initially he retained the 3-5-2 formation that had been so crucial to the team’s success under Antonio Conte, only shifting away from his predecessor’s system when results began to wane.

In its place he implemented a 4-3-1-2 framework that allowed Andrea Pirlo, Arturo Vidal, Paul Pogba and Claudio Marchisio to play together while exploiting the skills of Carlos Tevez and Alvaro Morata in attack. 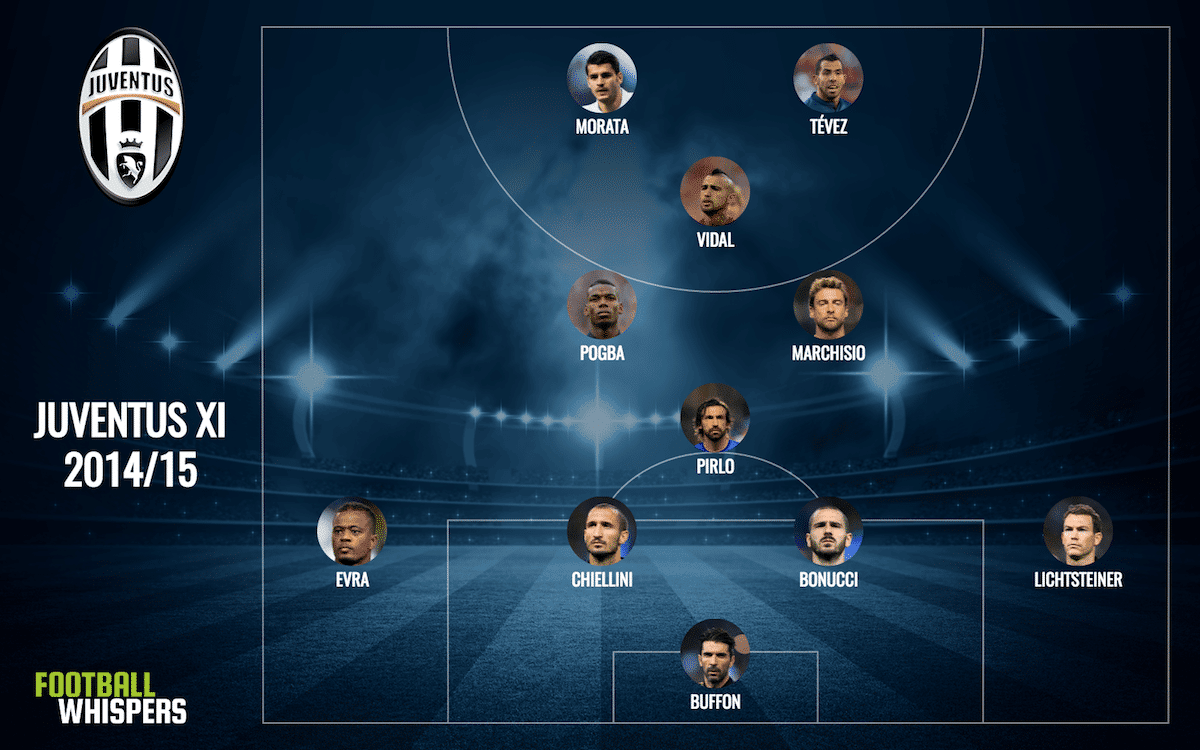 That saw the team – who had been eliminated at the group stage just a season earlier – reach the Champions League final in his very first season.

Last year Allegri integrated a number of new players as many members of his squad moved on, but this past summer saw Juventus make some major acquisitions.

After winning five consecutive Serie A titles, it was clear that the €122 million needed to sign Gonzalo Higuain and Miralem Pjanić – not to mention the arrivals of Medhi Benatia, Juan Cuadrado and Marko Pjaca – was not done just to repeat that feat.

This was a club determined to succeed in Europe, capitalising on the fact that so many of its players were in their prime and desperate to see Gigi Buffon capture the one trophy that has thus far eluded him.

The Bianconeri marched through the group stage comfortably, playing with a determination that clearly stemmed from the fact that being runners up to Manchester City last term led to a tough last-16 clash with Bayern Munich.

Yet even as they advanced – also remaining top of Serie A – there was an inescapable feeling that the team were playing within themselves. Then came an embarrassing January defeat in Florence.

Taking Off The Handbrake

Facing their old rivals, the Turin giants were outplayed, outthought and outfought by a team lacking anything near comparable quality, the 2-1 scoreline failing to underline just how resounding a victory it had been for La Viola.

“I just thought that I had to change something,” Allegri would tell reporters later that month. “I’m not much of a theorist but every now and then I come up with a mad idea and try it on the pitch. The important thing is to be sure what you’re doing.”

What he tried initially raised more eyebrows than a Carlo Ancelotti press conference. Allegri moved to a 4-2-3-1 formation, completely abandoning the three-man defence and moving to a two-man midfield that he had previously avoided at all costs.

To make it work he deployed Juan Cuadrado, Paulo Dybala and Mario Mandžukić in the attacking trident, with the latter in particular changing his role completely. 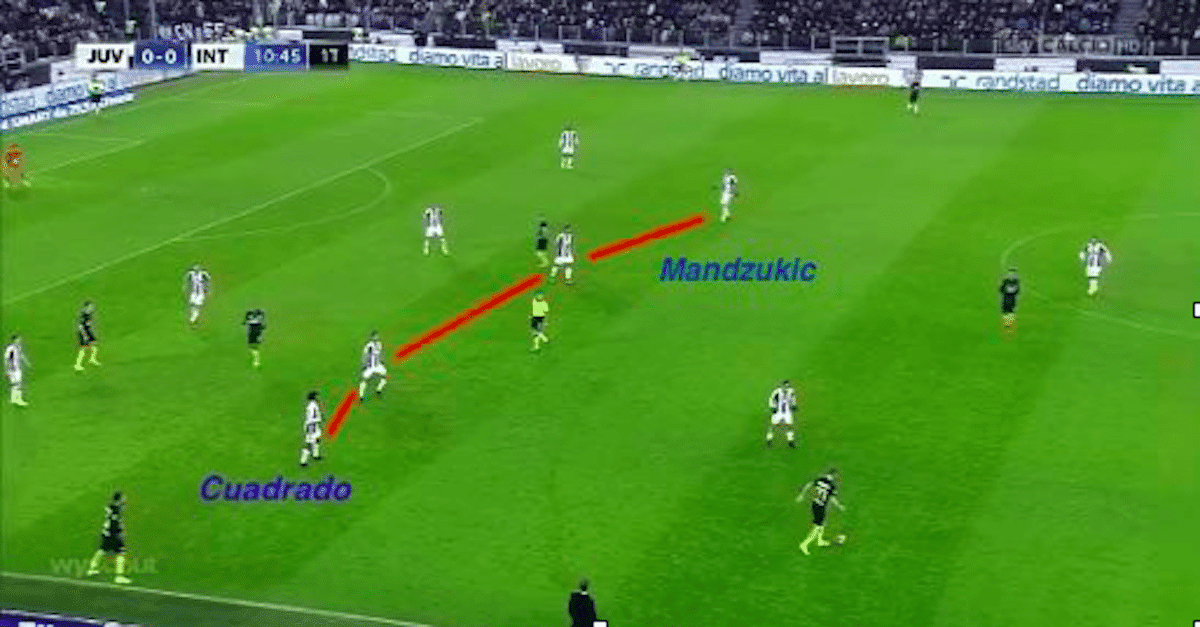 A burly target man, the Croatian subverted his natural instinct to get in the box, diligently sticking to a role on the left that saw him act as a perfect foil for Alex Sandro.

The Brazilian often bombs past his team-mate, able to provide accurate crosses for Higuain to feast upon, while Dani Alves does the same on the opposite flank.

Dybala has enjoyed the freedom to roam around the pitch, able to drop deep and collect the ball while operating in the space between the opposition midfield and defence.

The new system allows both him and the team to perform to their very best, but perhaps nobody has benefitted more than Higuain.

Performing When It Matters

Higuain's reward for working harder to press defenders than he ever has before has been a constant stream of chances, the Argentinian shrugging off doubts over his temperament in the biggest matches to deliver for Juventus.

He has scored in top-of-the-table clashes against Roma and his former club Napoli, while also netting the crucial goals in their Champions League semi-final win over Monaco.

But it all comes back to Allegri. “The boss had the courage to change the formation,” Higuain told Mediaset Premium, and he shifted again slightly against the Ligue 1 side after Cuadrado was sidelined with injury.

Inserting Andrea Barzagli at right-back allowed him to push Dani Alves further forward, the Brazilian laying on two first leg goals before adding a goal and another assist in the return clash.

Allegri often toggles through two or three different systems during a single match, yet every player seems fully aware of his role no matter what tactics he opts to utilise in a given situation.

That level of comfort can only come from excellent coaching, both in games and on the training ground, a characteristic of this team that can only reflect positively on the man himself.

Dignified even when facing heavy criticism, the Tuscan cuts a classy figure on the sidelines and in the press room. Fully in control of every aspect of his job, he has lifted Juventus to a place back among the very best teams.

It's why Max Allegri deserves to be recognised as one of the game’s elite coaches.