Although Juventus have incredibly won the last five Serie A titles, they've encouragingly proven their lack of legitimate domestic rivals, for the most part, hasn't been too great a hindrance on their European aspirations.

The last two years under Massimiliano Allegri have evidenced precisely that, for in his first year the Old Lady, despite winning Serie A by 17 points, made it all the way to the Champions League final, where they put up an excellent fight in their 3-1 loss to Barcelona. Then, this season, they reached the Round of 16, where they succumbed in extra time to Pep Guardiola's sublimely talented Bayern Munich outfit. But, in truth, this was a match they really should've won. Having been leading 2-0 at half time in the second leg, after a 2-2 stalemate in the first, Juve frustratingly surrendered their two goal buffer, allowing Bayern to force the match into extra time. Bayern proceeded to score two more to win the tie 6-4 on aggregate. Matching it with, and outplaying, Bayern, one of world's finest teams, served as a testament to the Zebras' quality. Had they won that tie, there's every chance they could've gone onto replicate their success of the previous season in Europe. Against such elite teams in Europe's premier club competition fine margins are ultimately what can make the difference, and this was certainly the case for Juventus this season.

Meanwhile, on the league front, after a shocking start to this campaign, which saw them only acquire a measly 12 points from their opening 10 games, they spectacularly managed to turn things around. Many will point to Allegri's decision to whisk his players away for a training camp, following their loss to Sassuolo, as the catalyst for their upturn in fortunes, as after that intervention, they were absolutely extraordinary.

In the period following that trip, Juventus won a staggering 24 of their remaining 25 fixtures to claim the title in ruthless fashion. Obtaining 73 of the 75 points available to them over that stretch suitably illustrated their overwhelming quality.

Defensive solidity, midfield steel and attacking class were all at the heart of their unbelievable resurgence, something Allegri deserves plenty of praise for. He was patient with integrating €32 million star signing Paulo Dybala, and he reaped the rewards, as, after an unsatisfactory start, the Argentine sensation went onto form an exemplary relationship with Paul Pogba, on his way to scoring a scintillating 19 league goals and supplying a terrific nine assists. 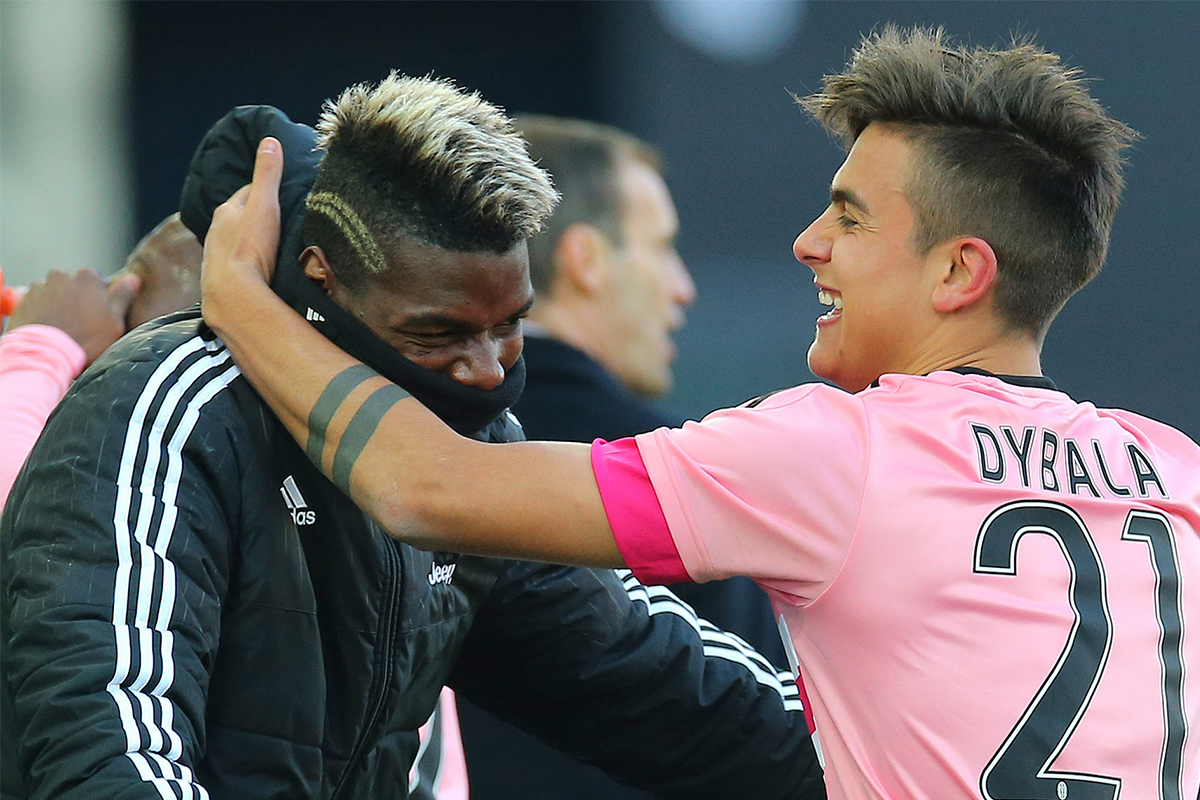 The Turin giants didn't have it all their own way, however, facing stiff competition from Napoli especially, but also Fiorentina, AS Roma and Inter Milan during various stages of the campaign. Maurizio Sarri's superb Napoli side undoubtedly merit special mention, as they topped the table for a large portion of the season, while playing some exciting attacking football in the process, only to be reeled in by an unstoppable Juventus in the final third of the season.

Napoli's heartbreaking 1-0 loss to Juventus in February, a match Simone Zaza's 88th minute winner decided, was the moment when they conceded first place, and they disappointingly couldn't wrestle it back, such was Juventus' formidable form to end the season.

“It was a very tactical match and this was an important moment in the championship on a psychological level,” said Allegri.

The fact the Juve juggernaut would go on and win Serie A by a notable 11 points aptly depicted their strength, but it was certainly encouraging for the league as a whole that they didn't win it at a canter, as they've regularly done in the past. It's little wonder why this 2015/2016 triumph was considered the most challenging of their five in a row; they certainly were made to work super hard by their fellow adversaries and had to produce some scintillating football to claim the crown.

This all bodes well for next season too, especially when you consider Napoli will look to build on this term's efforts, as will the likes of Fiorentina, Lazio and the two Milan clubs. Moreover, with Luciano Spalletti's rejuvenated Roma finishing the season in tremendous form by going undefeated in 17 straight matches, there should be plenty of teams capable of mounting a legitimate crusade to break Juventus' hegemony.

Allegri's recent comments on his objectives for next season make for fascinating reading, and suggest a subtle switch in focus that could well benefit the league in terms of competitiveness. “The club will focus on improving the squad, as it did last summer, bringing in young players with great technique. Next year we must focus on winning the Champions League. It’s somewhat narrow-minded just to focus just on Serie A,” he explained.

“It was hard to digest this year. We got knocked out this year on the final cross of the game against Bayern Munich but we need to do better next year.”

Obviously with Allegri opting to prioritise the Champions League, the door could well be left slightly ajar for a Napoli or Roma to capitalise on, but as always with Juventus, this will be much easier said than done.

The task will be made even more difficult by Giuseppe Marotta's keeness to keep hold of their star players, and in particular their French superstar, Paul Pogba. “Over the course of our history, Juventus have very rarely let our best players go. Paul, as well as Dybala, is part of the core of this team and we do not intend to put them on the market,” insisted their chief executive.

“We want to go out and get great players while keeping our most valuable pieces. We will only sell players who have told us they want to leave, but that is not the case with Pogba or Dybala or any of the others.”

With an intriguing transfer window coming up for Italy's top flight clubs, it'll be exciting to see if any of the Old Lady's rivals can top up their squads adequately enough to mount a serious challenge worthy of breaking Juventus' relentless dominance domestically. Juventus, meanwhile, will surely do their own astute business to ensure they do everything in their power to make it six straight.

All things considered, next season's Serie A trophy undoubtedly looms as a hugely captivating and competitive one.

Only time will tell if it, in fact, is.