Few clubs have ruled the transfer market like Juventus in the 21st century.

Sure, the Italian giants have had their fair share of disappointments (Diego, Felipe Melo and Amauri), but time and time again they have found the players to strengthen their squad and prolong their stay at Serie A's summit.

Arguably the most profitable aspect of Juve's transfer strategy has been the ability to add exciting, proven talent on Bosmans.

And they're at it again, with Arsenal's Aaron Ramsey set to embark on a new chapter in Turin.

Given the Welshman's talents, he's expected to elevate Juve's midfield provided he stays fit. But he won't be the first free transfer to have done so.

Here, with Juventus braced for Ramsey's arrival, we've decided to rank the club's seven free transfers since 2011 – we've chosen that year because it marked the beginning of their dominance – in terms of the impact they had.

The versatile, exciting winger joined Juve in 2014 after deciding to end his association with boyhood club Paris Saint-Germain.

As a teenage rising star with flair and skill in abundance, there was understandably a great deal of buzz around Coman's arrival.

However, the Frenchman lasted only a year under Max Allegri and grew frustrated at his lack of first-team opportunities, with Carlos Tevez, Álvaro Morata and Fernando Llorente ahead of him in the pecking order.

At the start of the 2015/16 campaign, Coman joined Bayern Munich on loan and the Germans captured his services on a permanent basis 12 months later.

Given his talent and potential, he was widely considered a major disappointment during his brief time in Italy.

Despite being a regular at Jürgen Klopp's Liverpool, the Germany international allowed his contract to expire before penning a four-year deal with Juve.

The 25-year-old has had a decent if somewhat unspectacular debut season at the Bianconeri, but his health has been the main priority after undergoing surgery to remove a thyroid nodule in late October, forcing him to miss five weeks of the season.

He seems to have grown into his new surroundings as the season has progressed, however, impressing with a towering performance against Atlético Madrid in the Champions League.

All four of his goals for the club came after the winter break, too. However, although Can is adept at performing a variety of roles in midfield, there are doubts over his long-term future in the starting XI and his place will likely be jeopardised if Ramsey makes a productive start to life in Serie A.

The most decorated footballer of all time, the veteran Brazilian took on a different challenge when he joined Juventus in 2016 after ending his trophy-laden, eight-year spell at Barcelona.

At 33, the Brazilian's waning powers were evident during his solitary season at the Allianz Stadium and he was used sparingly, starting only 15 Serie A games.

But his big-game prowess often shone through and Alves made important contributions, including scoring the opening goal in the Coppa Italia final and being involved in all four goals (one goal, three assists) in the Champions League semi-final 4-1 aggregate victory over Monaco.

Initially signed on a two-year deal, Alves' contract was terminated by mutual consent and he joined PSG, where he has added to his unrivalled trophy cabinet.

Like Alves, Llorente moved to Juventus after ending an eight-year spell with the same LaLiga club, jumping ship from Athletic Bilbao.

While he was initially seen as a back-up option to Tevez, who had just arrived from Manchester City, Llorente benefitted from Antonio Conte's preferred 3-5-2 system, forging an unexpectedly productive partnership with the Argentine.

He scored 16 goals in 34 league appearances as Juve cantered to Serie A glory on 102 points, 17 ahead of Roma.

The 24-time Spain international chipped in with important goals, too, including strikes home and away against Real Madrid in the Champions League group stages, as well as finding the net in Serie A outings against Napoli, Lazio and AC Milan.

Llorente wasn't quite as prolific during Allegri's first year at the helm, scoring nine times in 45 games before returning to Spain with Sevilla.

Although he has spent a significant portion of his four years at Juve on the sidelines, when fit, Khedira has proved why he was regarded as one of the most consistent midfielders during his time at Real Madrid.

An astute, multi-functional midfielder, the 2014 World Cup winner has made 126 appearances, scoring 21 goals.

His tactical nous, passing and discipline have been an invaluable asset during Allegri's reign, proving how a football brain can often trump speed and immense power (not that he lacks the latter). 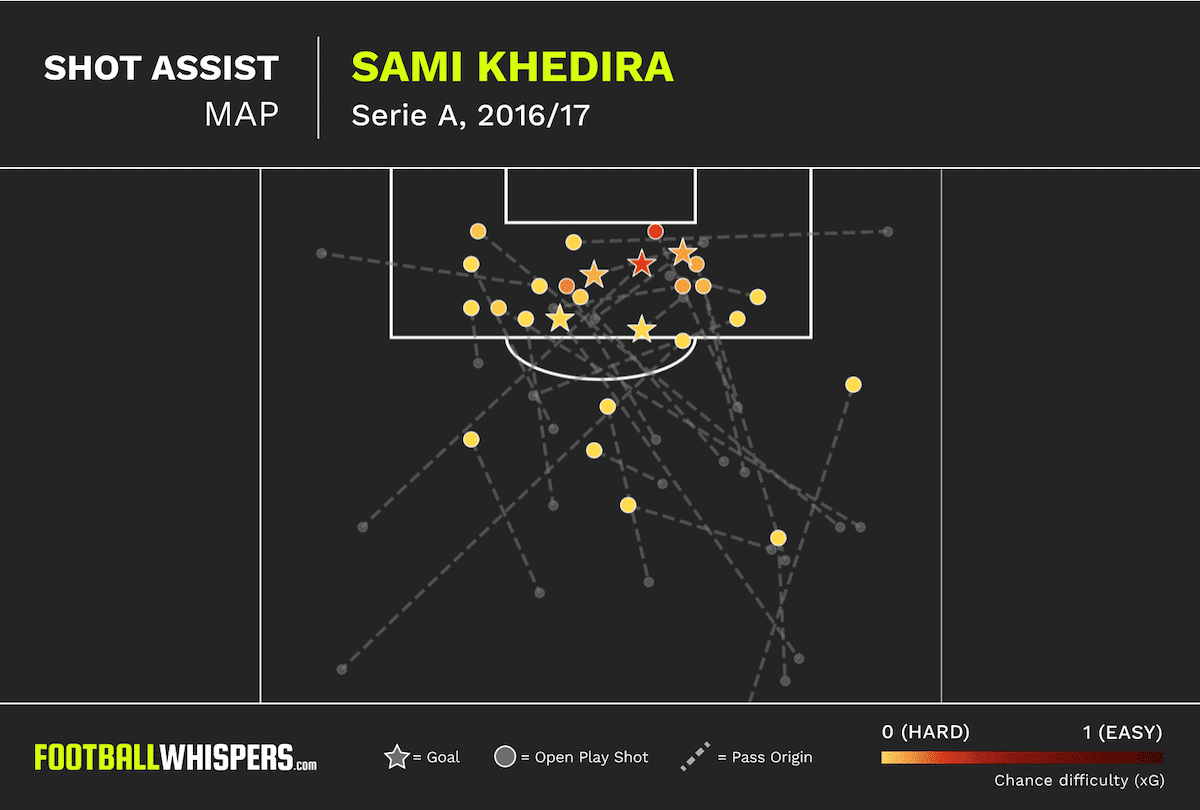 Having played a key role in getting Juventus to the Champions League final in 2017, the 32-year-old's skill-set was missed as the Italians fell to Ajax in this season's quarter-final. He had missed nearly two months with an irregular heartbeat and missed the last month with a knee problem.

Whoever the new Juve boss is, having a fully-fit Khedira will be a major boost as Juve prepare to enter a new era.

While Pogba has proved to be a divisive figure in England, he emerged as one of the most exciting young talents in world football during four successful years in Turin.

After leaving Manchester United in 2012, Pogba found a new home in Juve's midfield, becoming a crucial figure during Conte's reign.

The Frenchman was virtually ever-present during the 2013/14 campaign, making 51 appearances as he earned a place in the Serie A Team of the Year for the first time (he repeated that feat over the next two seasons). He shone in Europe, too, as Juve reached the Champions League final in 2015. Overall, he was instrumental in winning four Scudetti and two Coppa Italia.

Pogba rejoined United in 2016 for a then world record £89million fee, an astonishing piece of business from a Juventus perspective; in four years, they had harnessed the Frenchman's potential with great efficiency, transforming him into the most-coveted midfielder on the planet.

The 26-year-old has shown glimpses of brilliance at Old Trafford but it hasn't always been a happy homecoming. Given his bond with the Juve fans, it's no surprise to hear they're plotting to bring him back.

The summer of 2011 was perhaps Juve's most important in recent memory.

They appointed club legend Conte, who went on to re-establish them as the leading force in Italian football, and found him the perfect midfield string-puller in Pirlo.

Amazingly, the bearded maestro was considered surplus to requirements after a decorated decade at AC Milan. Juventus, who had just missed out on Champions League qualification for the second year running, recognised Pirlo's unique abilities and felt that, at 31, he still had something to offer. 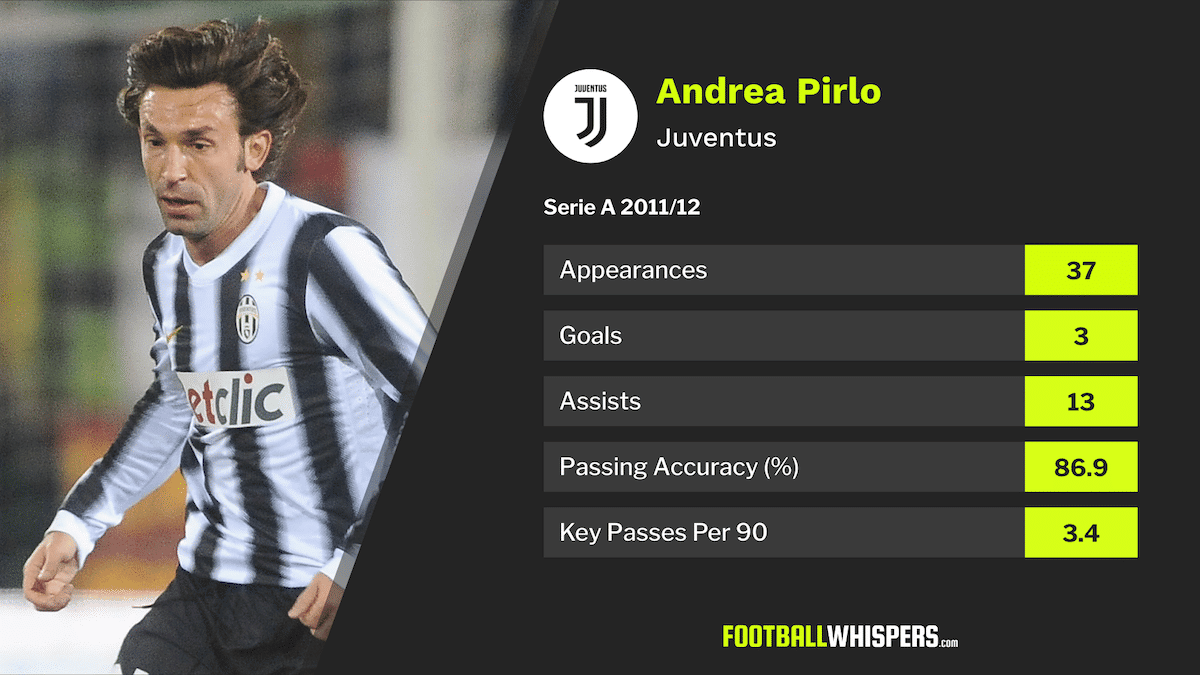 How right they were. Pirlo proceeded to become the most influential member of Conte's side, dictating the play as they romped to four successive Serie A titles.

Milan's decision not to renew his contract was nothing short of disastrous. Not only did Juve ascend to the summit, but the Rossoneri declined to the point where they finished as low as tenth in 2015.

There have been several other factors in Juve's success since then obviously, but Pirlo's arrival on the back of Conte's appointment set in motion the machine that has swept all before them over the last eight years.