It's been a while since Liverpool had strength in depth. Even during the seasons the Reds battled for the title, since the inception of the Premier League at least, they've always done so with smaller squads.

Rafael Benítez came close during the 2008/09 season when his Liverpool side, spearheaded by Steven Gerrard and Fernando Torres, came second to Manchester United.

They lost just twice throughout the season but it was draws which prevented them from really pushing Sir Alex Ferguson's side properly. The Spaniard's starting XI was arguably the best side for well over two decades.

Pepe Reina guarded goal and in front of him was a defensive four made up of a consistent three in the form of Álvaro Arbeloa, Jamie Carragher and Fábio Aurélio while Martin Škrtel and Daniel Agger shared the role of partnering Carragher.

Xabi Alonso pulled the strings from deep and Javier Mascherano patrolled the pitch. Albert Riera played on the left of the midfield and Dirk Kuyt occupied the right.

The latter two might not have been the sexiest of players but they did the job required of them.

It was by no means a team made up of fantastic individuals but the balance throughout was almost perfect.

But beyond that the options were scarce. David N'Gog was the back-up striker to Torres and Lucas Leiva was the second to both Mascherano and Alonso. The Brazilian midfielder was infinitely better than the French striker, of course, but the drop off in quality from starters to substitutes was abundantly clear.

It was a similar story during the 2013/14 campaign. Brendan Rodgers' Liverpool pushed Manchester City right up until the end but ultimately the final run-in was too much for a thinned out Liverpool squad.

The Liverpool team entertained onlookers with just how breathtaking they were going forward. However, as so many have described it as since, it was the perfect storm.

The now Celtic manager almost pulled off the remarkable but it was his lack of squad depth which meant they fell at the final hurdle.

The Reds were fortunate they didn't pick up more injuries that season. Jordan Henderson and Gerrard, two of the starting three midfielders, missed a combined seven matches.

They were going from Raheem Sterling to Victor Moses, Phillipe Coutinho to Luis Alberto and Luis Suárez to Iago Aspas – who has flourished with Celta Vigo but was a shell of himself at Anfield.

While Rodgers and Benítez had headaches over what to do if they had one or two injuries, Jürgen Klopp, if reports are to be believed, could have a completely different selection induced headache.

If the Merseyside club manage to sign RB Leipzig's Naby Keïta and the German opts to use the Coutinho in a more withdrawn role after the arrival of Mohamed Salah, then he's spoilt for choice in the middle third.

All have their strengths, weaknesses and all have an impact on the team in their own unique way.

While such depth should be welcomed it does leave the former Borussia Dortmund manager with a dilemma; how does he line his midfield up?

Having the option to rotate is always welcomed but at the same time, he's going to need to have a favoured trio in mind in order for the team to strike up relationships and build up an understanding. 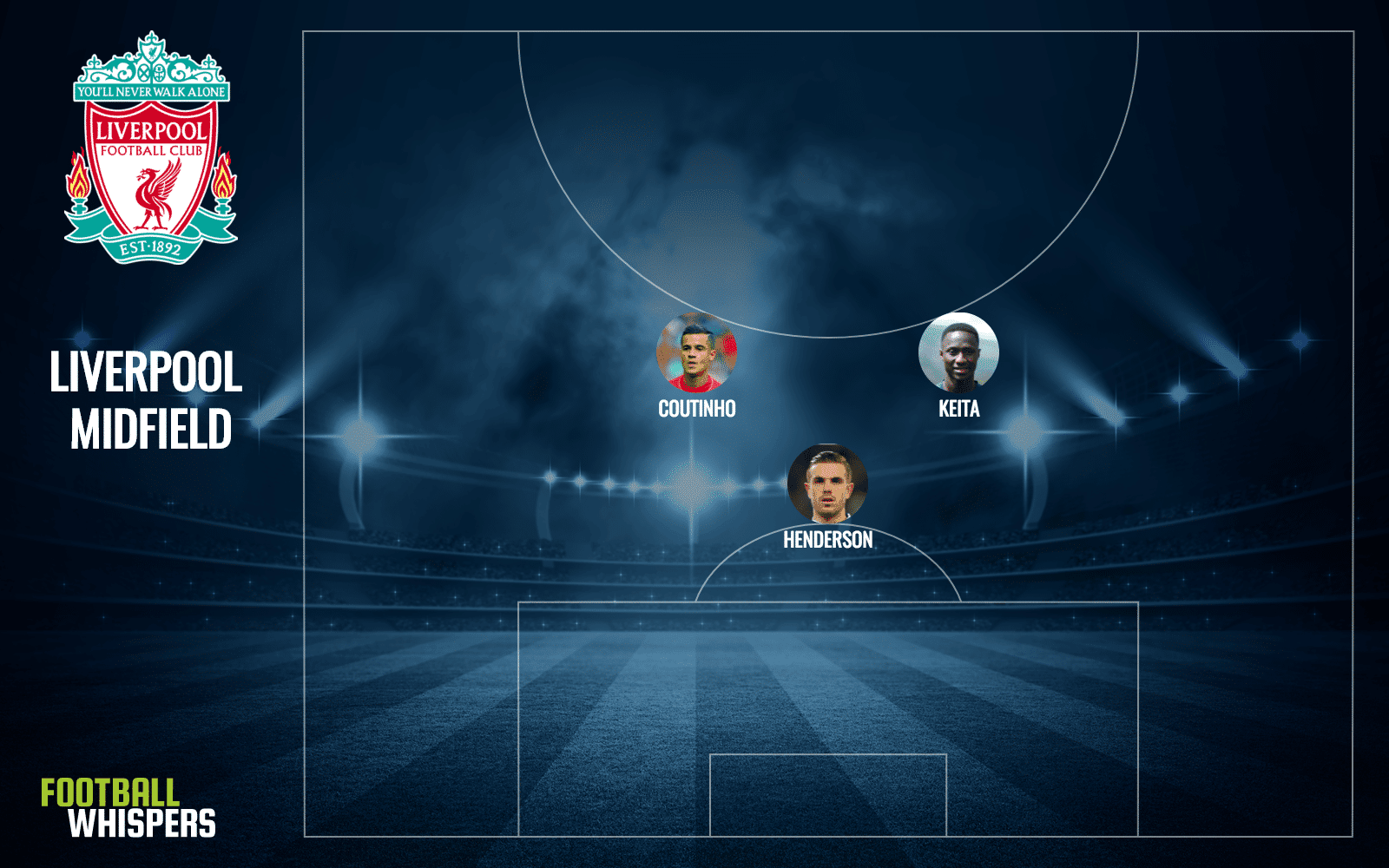 If the Reds stick with the 4-3-3 system Klopp used last season then Keïta's arrival will likely spell trouble for Wijnaldum and Lallana with the Guinean able to play in both of their positions.

Granted, both played different roles with the Wijnaldum acting as a link man at times and Lallana being a more attack-minded box-to-box midfielder.

That goes to show how much of an all-rounder the RB Leipzig man is. He can comfortably play as a defensive midfielder, an attacking midfielder and as a box-to-box powerhouse.

His stats show – you can read all about the Liverpool transfer target here – there’s not really a weakness to his game, hence why he could play Wijnaldum’s position as well as Lallana’s.

However, it's also dependent on what Klopp decides to do with Coutinho. The German manager may intend to let the Brazilian maestro pull the strings at the heart of the team like he did in the final two matches of the season which saw the Reds find the back of the net on seven occasions.

This scenario looks likely after the purchase of Salah. With Liverpool having trouble breaking teams down last season they're going to need all the firepower in their starting XI that they can possibly field without disrupting the balance.

It means Keïta and Coutinho would practically be guaranteed starters and Wijnaldum and Lallana, who both excelled last season, would have to settle for being squad players.

It leaves Čan and Henderson to fight it out for the holding midfield role.

Recent reports claimed Henderson was going to be fit for the start of pre-season. If that's the case he's more than likely going to take his place at the base of the midfield again, especially with Čan yet again representing his country and returning late for the start of the season.

It's a position the captain was unfamiliar with up until last year but he flourished there, earning rave reviews from both fans and from those within the media. He was tasked with being the destroyer – protecting the centre-backs and covering for the full-backs – and keeping the team ticking over.

The problem is though, Henderson isn’t the most reliable. Not in terms of performances but in terms of availability. Over the past two seasons he’s appeared for 3,411 minutes which equates to 38 matches. He’s missed an entire season’s worth of football. 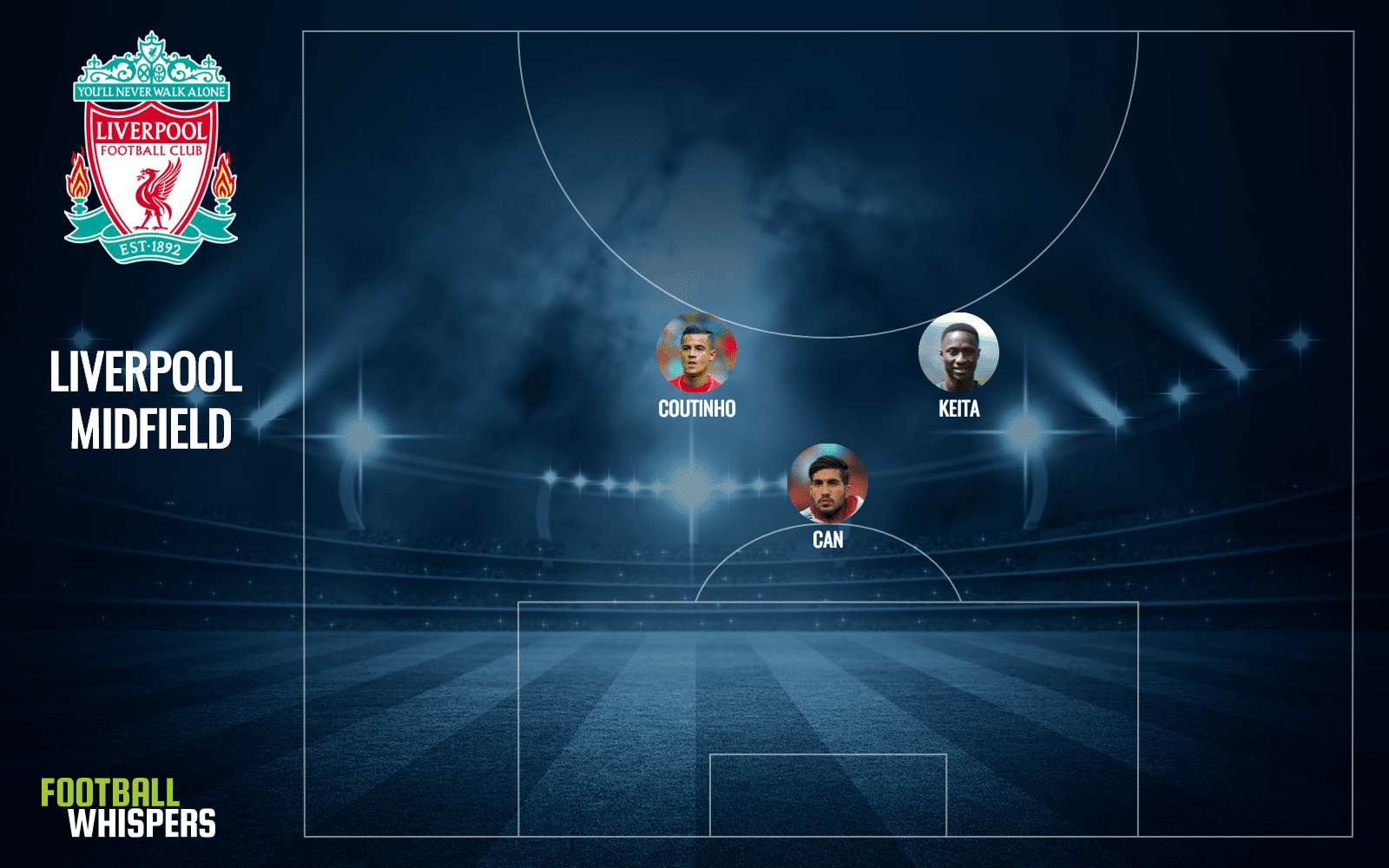 Čan took up that position towards the end of the season, standing in for the injured Henderson. Many weren't convinced initially but the German International grew into his role and was influential as Liverpool hobbled over the line to secure a top four finish.

It's the second successive season he's done such a job in the absence of his captain. Although he's not as quick over the ground as Henderson he does offer more of a driving force from that deep area – something the Reds benefited from in certain matches.

With his future up in the air and just the 12 months remaining on his current deal, he may want an increase in playing minutes, even if Henderson is available.

It may work out well for Klopp though with both offering a different style in that deep area. He could pick and choose between the pair depending on the opposition.

Whatever the choice the German makes, Liverpool could have one of the best midfield units in Europe next season. It's up to the 50-year-old to make sure it functions at its effective best.