Liverpool have been going through a terrible patch of form and a number of factors have been touted as potential reasons. One of the key among them is the form of Sadio Mane and Mohamed Salah. The duo have not been scoring goals at the same rate as they were during the title winning campaigns. There have been rumours that Salah’s goals have dropped ever since the Egyptian winger spoke in glowing terms about Spanish giants Real Madrid and Barcelona. Jurgen Klopp, though, has quickly moved it to dismiss such suggestions. 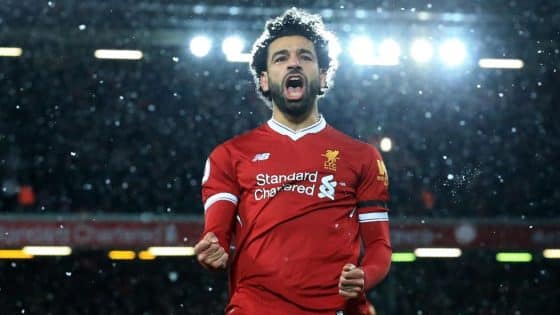 Salah has more than two years left on his contract, which does not come to an end until the summer of 2023. The 28-year-old will be in his 30s by the time his contract comes to an end, but the player will also be aware that he is running out of time if he wants to play for the giants of Spanish football.

Liverpool’s poor form continued with a home defeat against Burnley on Thursday. Salah was not on the starting line-up for this match, but he came back to form in the 3-2 loss against Manchester United in the FA Cup. Salah scored both goals for Liverpool in this FA Cup defeat. Klopp has tried to underplay the rumours surrounding his star forward. Meanwhile, the Liverpool manager also has had to work with the availability of limited set of defenders. According to Goal.com, Klopp said:

“I don't think so [transfer rumours affecting Salah’s form]. In most cases, it's not like that. No, I don't think it will disrupt the season.”

The Reds have so far been reluctant to splash the cash market. So far, it has not been a great defence of the title from the Reds, who are slipping further behind Manchester United with every week. Liverpool are fourth in the standings and the club has failed to win any of the last five league encounters. Liverpool have also failed to score in any of the last four league games.