Group D is pretty damn tight right now. Depending on results over the next couple of days all four teams could be sat on five points. A win for River Plate would see them edge towards qualification though. Will they win? Find out with our Junior vs River Plate match preview with free tips, predictions and odds mentioned along the way.

River Plate might have only won one of their three Copa Libertadores matches so far this season but they'll take confidence into this game knowing it was Junior who they got the better of just a fortnight ago. Since that game, their form has been indifferent but a 4-1 win last time out against Aldosivi will mean they'll have a spring in their step. You can't really say the same for Junior; they've drawn their two matches since losing to River Plate and have just three wins in 10 to their name.

Yes, River Plate won the reverse of this fixture 2-1 last time to take the goals tally over 2.5 but we expect a lower scoring match this time. Of the last 10 home games, Junior have played six of them have fallen short of three goals. River Plate's away form over the previous 10 has also seen six matches come in under the 2.5 mark; their last three matches make up half of those six games too.

Making the prediction that Matias Suarez will be amongst the goals when Junior and River Plate face-off is a little bit out there. You can't knock the veteran's ability to score goals given he's notched 104 over his career and his form this season has been decent too with an average strike rate of one in three. There is a but though. He's been out injured until recently, which puts a nugget of doubt there. The good news is that he played 26 minutes in River Plate's last match and, guess what, he scored.

One foot in the next round?

Group D might be wide open at the moment but a win for River Plate could change that. It would take them six points above Junior and, if the other game in the group goes in their favour, then they will be almost guaranteed passage into the next round. For Junior, a defeat will leave them scrapping desperately for third spot. 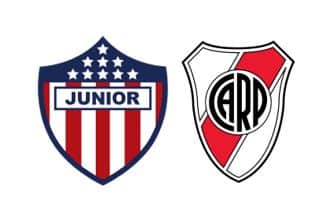