Transfer fees of around £60 million pounds are not strange occurrences any more, however, when it’s for a squad player and the move is taking him away from the Premier League, eyebrows are instantly raised.

Brazilian midfielder, Oscar, looks set to sign a deal with Chinese side Shanghai SIPG in the new year, reuniting him with former Chelsea boss André Villas-Boas. Any transfer move for the 25-year-old makes sense, he has only started five times under Antonio Conte. It’s believed that the player will be able to double his wages in China, going to around £200,000 per week. It's hard to imagine what has attracted him to the deal.

That should give the current Chelsea boss breathing room to strengthen his squad and pick up a couple of first-team options. He also won’t want to leave himself short in attack either, so a replacement for Oscar should be one of their transfer targets in January. Someone who is definitely available is Wolfsburg’s attacking midfielder, Julian Draxler. 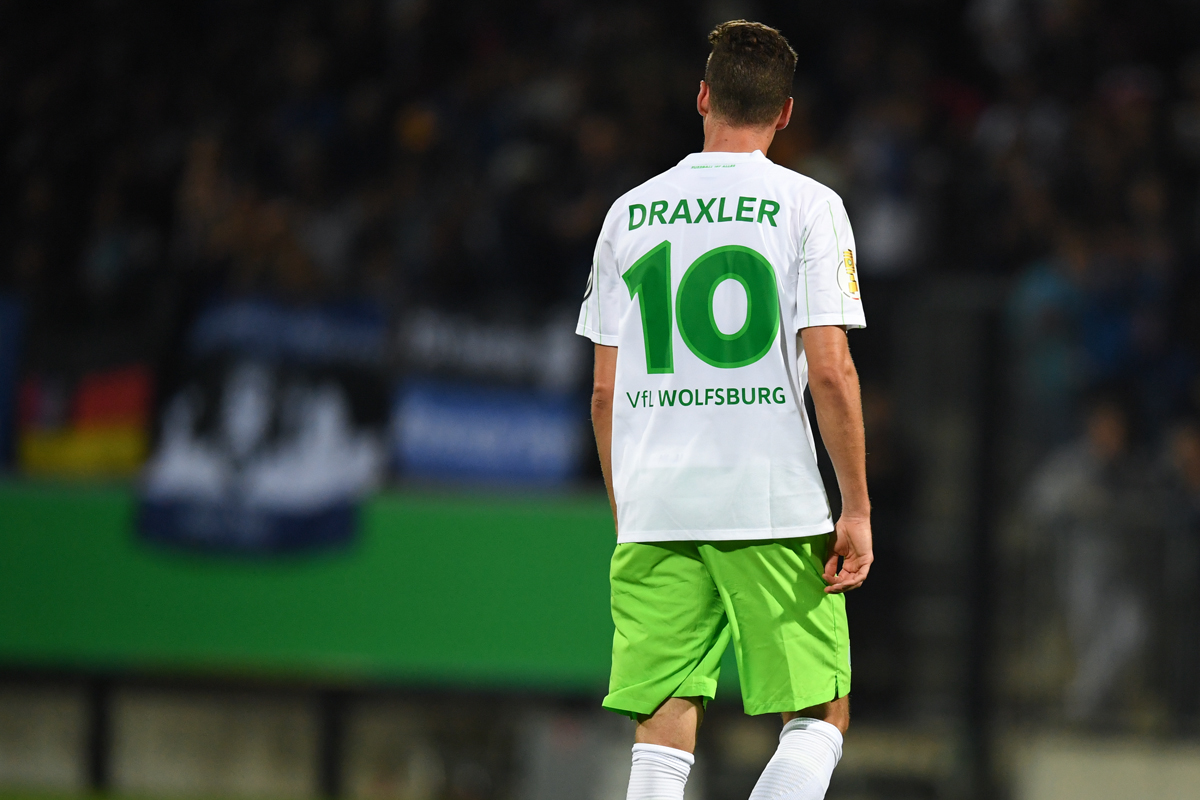 There were plenty of stories linking him away from the Volkswagen Arena in the summer, but the Bundesliga club held firm, digging their heels in, that situation has now changed.

“All that has changed is our basic stance compared to the summer, when we said that we did not want to sell him,” Wolfsburg director of sport Klaus Allofs told Sky Sports recently.

“That has proven not to have been a good decision, you've got to accept that now. If we are to receive an offer then we will consider it and see whether we react to it.”

“We are not putting him up for sale or sticking a price tag on him, though, just to make that very clear.”

The 23-year-old was left out of the squad that lost 5-0 to Bayern Munich at the start of December and reports in Germany suggest that it is unlikely that he will ever play for the club again.

Wolfsburg will not want him to wait it out until the summer, regardless of a contract that has his signed up until 2020, for every month Draxler sits in the stands, not playing, his value drops.

The last thing the coach, Valerien Ismael, will want is an unhappy player upsetting members of the squad. Especially as they are down in 15th place, joint on points with Hamburg SV in the relegation zone.

Arsenal have also been linked, but they have Mesut Ozil in a very similar role, plus enough other attacking options for the rest of the season. Paris Saint-Germain have shown an interest in the past and with the disappointing performances from their summer signings Jese Rodriguez and Hatem Ben Arfa, they will be in contention.

“I don’t think I need to tell anybody what [being booed] does to a person – it certainly doesn’t help you,” said Draxler when asked about the fans attitude to him wanting to jump ship.

“There’s no doubt it makes it hard for you to perform on the field. I can understand the fans, though. They have every right to do that. I said in the summer the way I feel and I stand by that.”

Where would Draxler fit?

When Oscar was picked in Conte’s line-up at the start of the season, Chelsea were playing a different system. In the 4-1-4-1 formation, the Brazilian played beside Nemanja Matic ahead of N’Golo Kante. Now, and where the Italian coach has built his success, the Blues are now playing 3-4-2-1, with two attacking midfielders playing behind Diego Costa with the protection of the midfield quartet.

This season, in 10 starts, Draxler has failed to register a single goal or an assist, but he is averaging 2.2 shots per game and leads Wolfsburg in key passes. However, compared to his team-mates, he's not as involved in the build up play, and is ranked 13th in the squad in terms of passes made per game with an average of 32.4.

Playing on the left of the attack, cutting onto his right foot, Draxler added five goals and five assists last season for Die Wölfe. His numbers weren’t too much different though, with 3.3 shots per game, 1.7 key passes and an average of 32.5 passes per game.

When he is in form and featuring for a club where he wants to play and feels at home, Draxler would be able to star behind Costa in either of the two attacking positions. His right-foot is deadly, the 23-year-old is also very quick along the ground and has the size and physical strength to not only cope with the pressures of the Premier League, but he will be able to boss and dominate defenders.

Eden Hazard has made a welcomed return to form this term and his numbers are similar to an in-form Draxler. The Belgian is averaging 2.7 shots per game, he makes 1.8 key passes and is averaging 48.3 passes per game. That is to be expected in a team that dominates games much more than Wolfsburg.

In terms of taking on defenders off the dribble, the former Lille winger is Chelsea’s leader with 4.3 per game compared to Pedro’s 1.1. Draxler is somewhere in the middle, averaging 2.6 per game in the Bundesliga last season. The option of playing the German in the Premier League would give Chelsea’s attack another angle, another look and a whole new dimension, something which can be sometimes lacking when things aren’t quite going to plan. Recently, they have found a way to win in those situations, but having another talented forward would be beneficial to Conte and the squad.

He showcased against Real Madrid in the UEFA Champions League last season that he can excel at the highest level and the German side gave the Spanish giants a huge scare. Zinedine Zidane’s men would go on to lift the trophy. He would jink past Danilo and drill a lovely ball across the goal to meet the on-rushing Andre Schürrle to open the scoring. Then, it was Draxler that dribbled inside to find the advancing Henrique down the right, he whipped in a cross and Max Arnold made it 2-0 on the night.

That was peak Draxler and peak Wolfsburg, that is why Allofs was so keen to keep him over the summer and that is exactly why Chelsea should be interested in replacing Oscar with the very talented young German.