The United Kingdom’s relationship with Europe may be at its most volatile point in decades, but in footballing terms, the connection between Britain and the continent has never been stronger.

From the continuing influx of foreign players and coaches to the Premier League, to the ever-increasing number of young British stars plying their trade abroad, this could be considered a golden age for Anglo-European relations where football is concerned.

Germany’s Bundesliga stands out the destination of choice for many of England’s hottest prospects, and looks awash with potential talent this season.

They won't be the last to try their luck outside of England either, and there are reports Bavarian giants Bayern Munich are considering a bid for 16-year-old Birmingham City sensation Jude Bellingham.

It’s easy to see why one of Europe’s top clubs would be after the young midfielder following his impressive displays for the Blues this season.

Bellingham has been the shining light in an underwhelming start to the campaign at St Andrew's, scoring twice in his first six Championship matches since making his debut in August.

Only two midfielders in the division have a better scoring rate relative to their number of minutes on the pitch – the Stourbridge-born youngster has found the net 0.79 times per 90 after playing for a total of just 228 minutes so far in 2019/20. 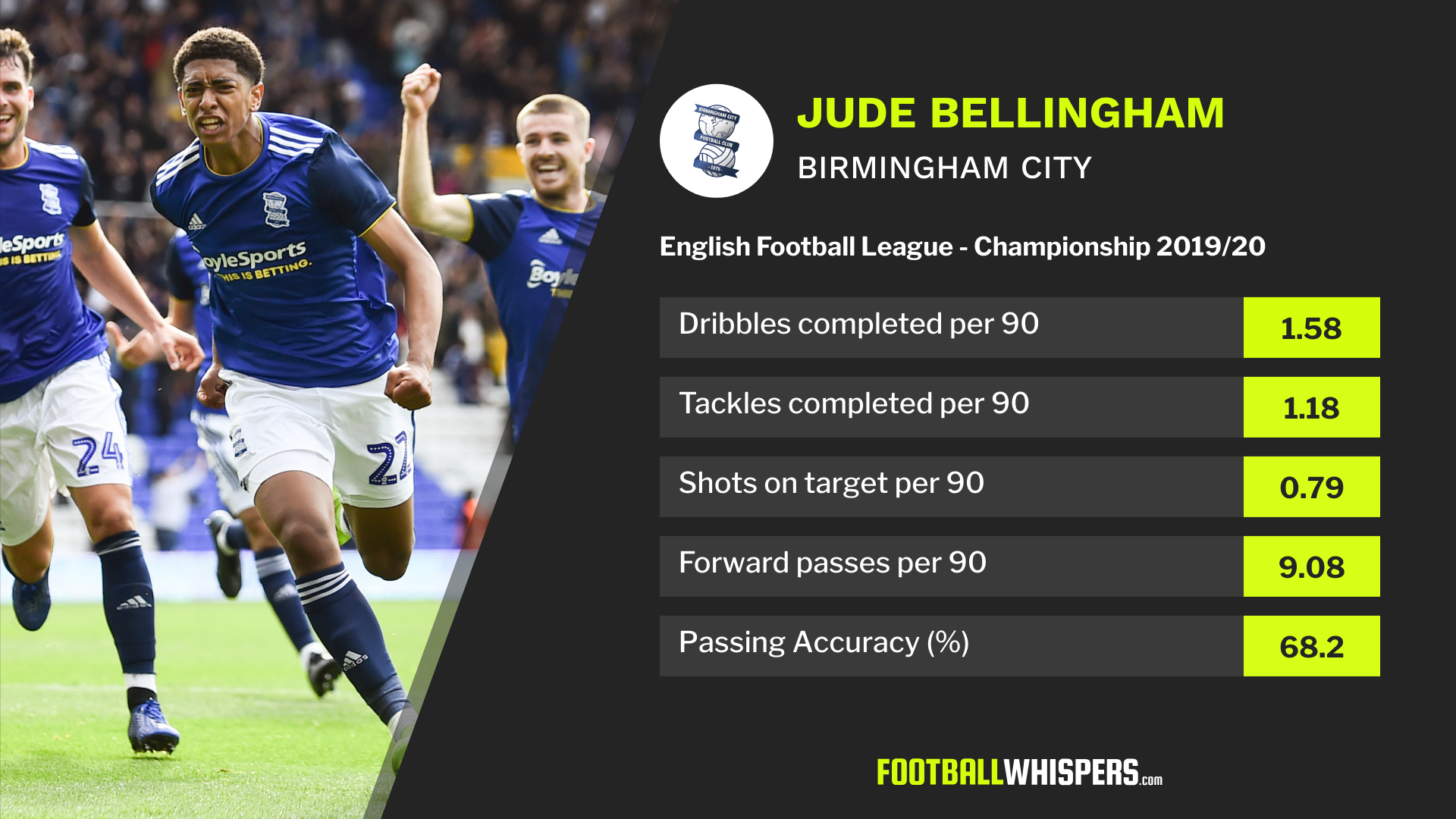 But he’s not just a goalscorer and Bellingham’s performances have undoubtedly caught the eye.

He was named man of the Match by the Birmingham Mail in his competitive debut again Portsmouth in the League Cup, and was equally impressive when netting his second goal for the club away at Charlton Athletic in September.

One of Bellingham’s key attributes is his ability to win the ball high up the pitch, and he is inside the division’s top 40 midfielders when it comes to regaining possession in the final third (0.79 times per 90).

That skill is perhaps a factor in the growing hype surrounding the midfielder, with Bayern joining an increasingly lengthy queue for his services.

Bellingham is rumoured to already be attracting admiring glances from Arsenal, Manchester City and Liverpool, so it seems highly likely he will have a decision to make about his future in the coming months.

It would be wise for the England Under-17 international to consider the cautionary tale of Dale Jennings when he weighs up whether a move abroad will help take his career to the next level.

Jennings looked to have the world at his feet when he joined Bayern Munich for an initial £600,000 as an 18-year-old back in 2011, having starred for third-tier Tranmere Rovers during the previous campaign.

The former Liverpool academy prospect had recently collected the League One Apprentice of the Year award and was named Tranmere’s Young Player of the Year, as a wonder goal against Plymouth Argyle that season made people sit up and take notice of Jennings’ talent.

While his move to Bayern was regarded as a surprise, it was nonetheless hailed as a transfer that had the potential to catapult the youngster to European stardom.

But fast forward eight years and Jennings is plying his trade at Runcorn Town of the North West Counties Football League – the ninth tier of English football.

A series of injuries hampered his chances of success in Germany and the winger struggled to ever recapture the form of his youth during spells at Barnsley and MK Dons.

Still only 26, Jennings reflected on his experiences at Bayern when he spoke to Sky Sports News after signing for Runcorn Town last year.

“Luck wasn't on my side,” he said. “I had a couple of injuries, didn't realise how big a move it was at the time, I wasn't professional enough, I didn't do things right.

“I could have learned the language and taken a bit more time to adapt to living in Munich. But I was a bit immature at the time. Being only 18 I didn't understand how big it was really.”

Bellingham will want to avoid those mistakes and could do worse than following the guidance of fellow prospect Ryan Sessegnon when considering his career path.

The 19-year-old resisted the urge to leave Fulham immediately after breaking into the first team and built up a solid reputation as a Championship and Premier League performer, before moving to Tottenham Hotspur for £25million in the summer. 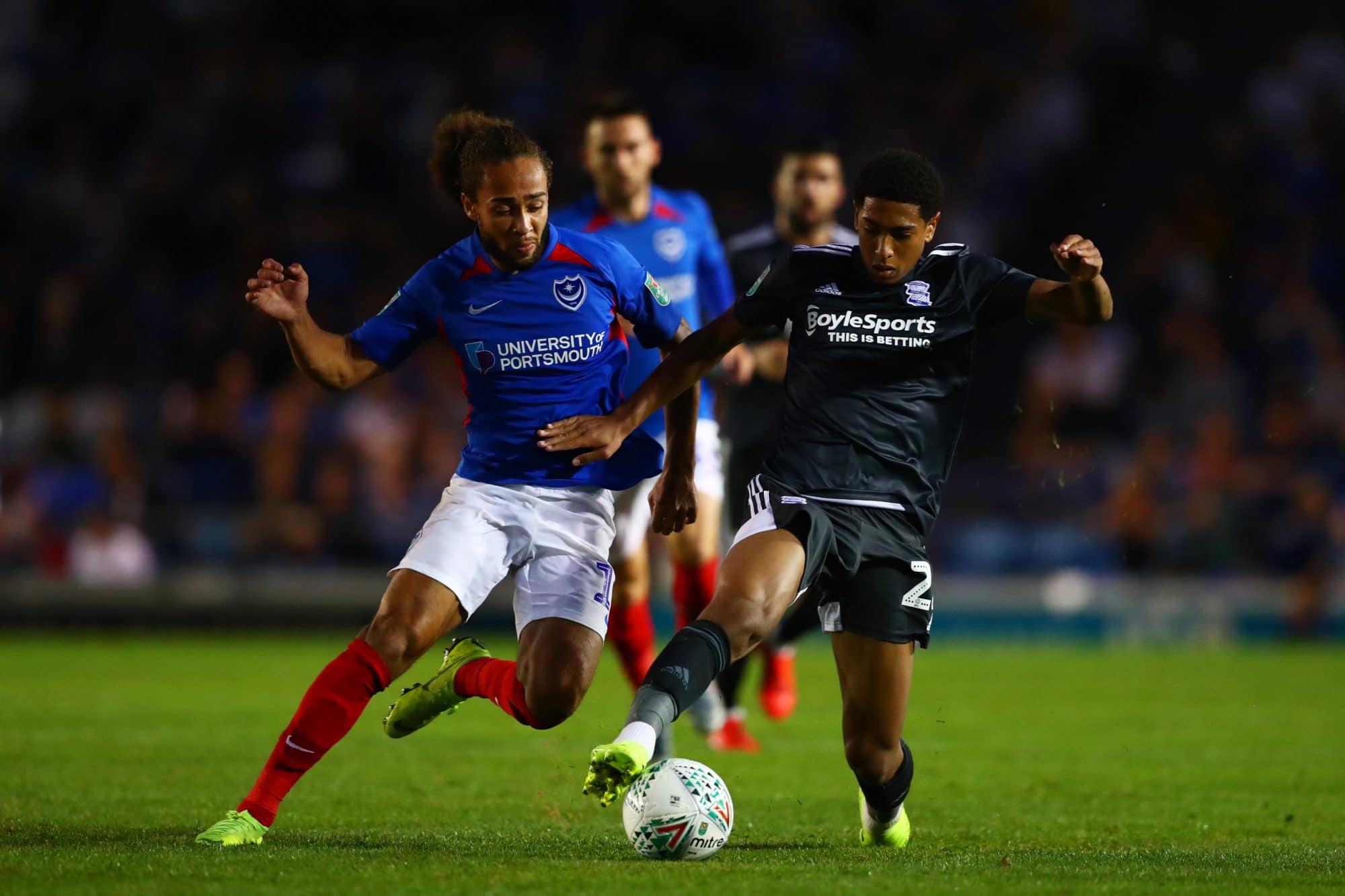 But even if Bellingham does choose to pursue a move, there are some marked differences between the current crop of English youngsters and those of Jennings’ generation.

A move to the Bundesliga may have previously felt like an alienating experience, but English players now have a support network of fellow expats at clubs up and down Germany.

These young players seem more willing to embrace other cultures too, perhaps as a result of growing up in the United Kingdom's increasingly multicultural cities.

With that in mind, Bellingham could well succeed where others have failed and make the most of a move to Munich if Die Roten end up submitting a concrete offer.

Such a transfer would of course be a stern test of the midfielder’s mentality, but – if his performances this season are anything to go by – he looks to have the raw talent to make it at the Allianz Arena if given the opportunity.