It was almost as if he couldn’t wait. After dispatching his spot-kick with ease, Juan Cuadrado peeled away to perform one of his trademark dancing celebrations when he put Colombia 1-0 up against Japan in World Cup 2014. It was his first ever competitive goal for his national side, in a tournament where the bright yellow shirts of Los Cafeteros had delighted fans all over the world.

They would progress to the Quarter-Finals for the first time in their history that year, but it was their carefree celebrations that captured the imagination of all those who watched them. Upon their elimination to host nation Brazil, they were welcomed home by President Juan Manuel Santos and his family, going on to perform the full repertoire of their well-choreographed dance routines on a stage in the capital of Bogotá.

Cuadrado may have only scored a single goal that year, but he was pivotal to the team nonetheless, becoming the first player to contribute four assists in a World Cup since Italy’s Francesco Totti and Juan Roman Riquelme of Argentina did so in 2006. Playing his club football for Serie A side Fiorentina at the time, fans of Italian football were already well-accustomed to the delightful way in which he played the game.

His joyful exuberance which transcended the Colombia side had been on display since he joined Udinese back in 2009, but it was not only his celebrations that caught the eye. The winger’s mazy runs and quick feet make taking on a defender look like one of his dances, to the delight of those watching in the stands and at home. This is a player that loves to play football, and it shows in the way he always does so with a smile.

Yet behind the beaming expression lies a terrible tragedy that occurred when Cuadrado was just four years old. 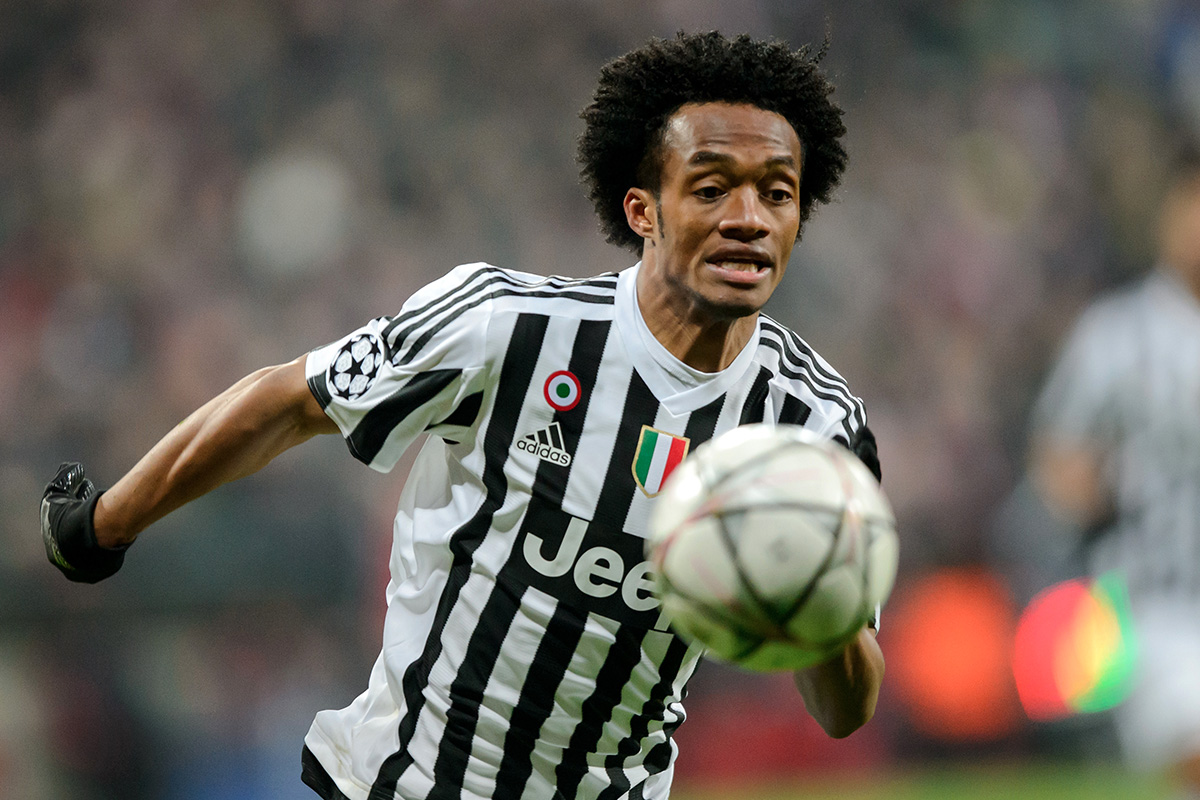 Growing up in North-Western Colombian town of Necocli, he was surrounded by a world of crime as drug cartels struggled for control of the region amidst political unrest. Caught in the crossfire when Cuadrado was just four years old was his father Guillermo – an ordinary working class lorry driver – who was shot to death while his son hid trembling under the bed.

This was nothing new in a region where 70% of the inhabitants had been victims of violence, but on this occasion it plunged the family into poverty and – whilst his mother had to move South to earn money – a young Juan was forced to go and live with his grandparents.

Perhaps playing football was a distraction from the terrible events that had unfolded that day, and despite the disapproval of his family, he continued to play the game he loved. It wasn’t until the age of 20 that he made his professional debut however, securing a contract with Independiente Medellín in his native Colombia before making the tough decision to move to Italy to further his career.

It was on the peninsula that he earned the nickname Vespa as he buzzed all over the pitch like the famous brand of Italian scooter, and in 2009 he made his debut for new team Udinese against Chievo Verona. There, his tireless running saw him deployed as a right wing-back and – after a loan spell with Lecce and his first international call-up in 2010 –  this versatility soon attracted the attention of Serie A’s bigger clubs.

Arriving at the same time as new boss Vincenzo Montella, Cuadrado signed for Fiorentina in 2012. It was here – amongst a passionate fanbase who loved him – that the ‘Vespa’ really began to come into his own.

Scoring five goals and adding five assists in his first season, he helped La Viola to a fourth-placed finish in Serie A, convincing the hierarchy at the club to purchase the remaining 50% of his contract from Udinese. If his first season was impressive, his second was explosive, as he went on register 15 goals with eight assists in all competitions. 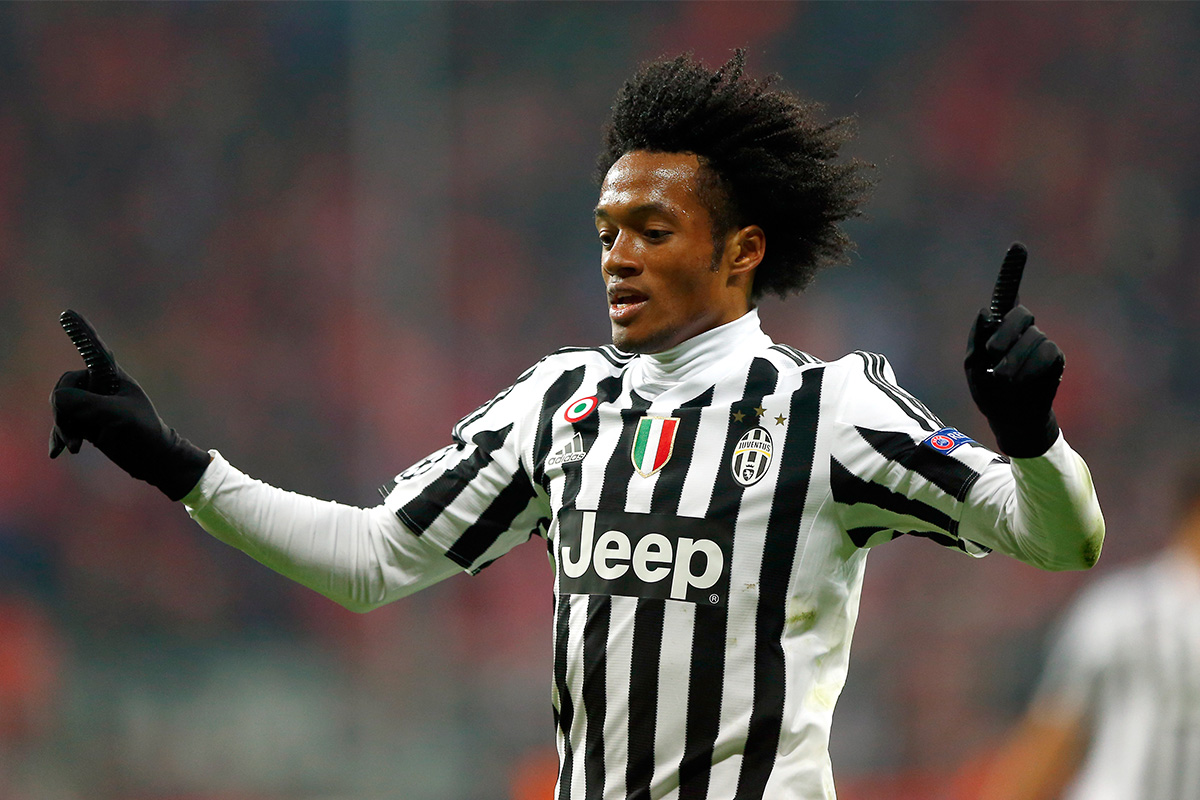 The Tuscan club finished fourth once again and – thanks to Cuadrado’s goal against former club Udinese – they also made it to the final of the Coppa Italia against Napoli. The Colombian’s absence due to suspension was a key factor when they lost that match 3-1, but despite interest from top sides across Europe, Fiorentina held onto their star for six more months.

The combination of his vibrant play and Fiorentina’s eye-catching purple shirts were bound to attract attention, and It was in the January transfer window of the following season that Chelsea paid £27 million for Cuadrado. It was an offer that Fiorentina simply couldn’t afford to turn down and too tempting an opportunity for the player.

Montella perfectly summed up his departing star, clearly believing that his move to the Premier League was a deserved one. “Cuadrado is a player that has always arrived with a smile and given everything to Fiorentina,” the Coach told the club’s website. “I'm happy for him because he is going to a big club.”

Having already proven his ability to shine in the face of adversity, Cuadrado picked himself up and dusted himself down when the big-money move to Chelsea didn’t work out as expected. Making just 12 league appearances in his first year under Jose Mourinho at the London club, he has since made a loan move to Juventus in each of the following two summers.

Clearly happy playing in Italy, he was of vital importance to Max Allegri’s men in their record-breaking season of 2015/16. His last minute goal against Torino on 31st October was the turning point for the Bianconeri as – after a dismal start to the campaign – his side would go on to take 76 out of the next 78 available points.

He made a lasting impression in the Old Lady’s final game of last season, providing the assist for Alvaro Morata’s 110th minute winning goal in the final of the Coppa Italia against a very determined Milan side. It was perhaps inevitable that the would join Juventus on loan once again this season as the famous black and white stripes have been much more suited to him than the blue of Chelsea.

Just as the vibrant colours of the Colombian coast hide the ugliness of the crime that is so prevalent in the South American country, the effervescent smile of Juan Cuadrado belies the tragedy that pervaded his past. But, much like the defenders who try to stop him, the ‘Vespa’ simply leaves it behind him.