One of the key principles of Billy Beane's Moneyball concept with the Oakland A's baseball team was replacing star names with several players who could combine to match their output, rather than signing an expensive replacement.

When Dimitri Payet left West Ham United for Marseille in acrimonious circumstances late in January the Hammers had little time to react to the French maverick's departure.

Argentine playmaker Manuel Lanzini stepped up impressively to fill the large void but without spending a club record fee, West Ham were never going to be able to bring in a direct replacement of equal quality.

And even if they did, a similar impact to that Payet had enjoyed was far from guaranteed.

The Hammers have been linked with an £8million move for Brentford playmaker Jota. The Spaniard, combined with Lanzini, would go a long way to making up the goal and assist shortfall left by Payet.

Born José Ignacio Peleteiro Ramallo but known simply as Jota, the 25-year-old's stock has risen immeasurably since arriving in England from Celta Vigo in 2014.

After scoring 11 times in 35 Segunda Divisíon appearances while on loan at Eibar in 2013/14, Jota joined Brentford for their Championship assault that summer.

An unknown to British audiences when he arrived at Griffin Park, the A Pobra do Caramiñal native ended his first campaign in England as one of the stars of Brentford's surprise run to the Championship play-offs, scoring 11 times as the Bees were thwarted by Middlesbrough.

Accolades followed with Jota winning Brentford's Outstanding Moment of the Season award for his last-gasp winner against west London rivals Fulham – a strike immortalised by the line “Jota in the last minute!” – while an effort against Cardiff City was Brentford's Mitre Goal of the Year entry.

However, his second campaign proved difficult. On the opening day of the season Jota suffered ankle ligament damage in a challenge with former Bees team-mate Jonathan Douglas and he was sidelined until December 2015.

The Spaniard's return to the side was short-lived and in January 2016 he signed a new two-year deal while re-joining Eibar on loan to take care of personal problems.

The midfielder, already a fans' favourite for his outrageous technical ability, cemented his status with a touching letter to Bees supporters assuring them he would return.

“Words can't describe the affection I have been shown by the supporters at Brentford,” he wrote. “I want you to know that I have heard and felt every shout of encouragement and every word of support from the Griffin Park terraces.

“My children will grow up listening to ‘Jota in the last minute' which I have saved forever in my heart as well as constantly in my head.”

And Jota made good on his promise in January, returning to Brentford six months ahead of schedule with a new lease of life.

He scored in just his third match back at Griffin Park and finished the campaign with 12 goals and five assists from just 19 Championship starts. It was like he'd never been away.

What would Jota bring to West Ham?

While the Spaniard's devastating dribbling ability and directness stand out, his speed of thought and ability to link the play with his team-mates are what set him apart.

Jota's dramatic winner against Fulham in December 2014 highlighted that tendency to carry the ball and deliver an end product. He cut in from the right-hand side and unleashed a left-footed strike into the bottom left-hand corner of Marcus Bettinelli's goal. The Whites keeper had no chance.

Danish striker Lasse Vibe has been one of the biggest beneficiaries of Jota's return to Brentford, scoring 12 of his 14 Championship goals since the Spaniard re-joined the ranks.

In the still below, taken from Brentford's 3-2 win at Nottingham Forest, Jota cuts in from the right and Vibe makes a run he knows the playmaker can pick out. 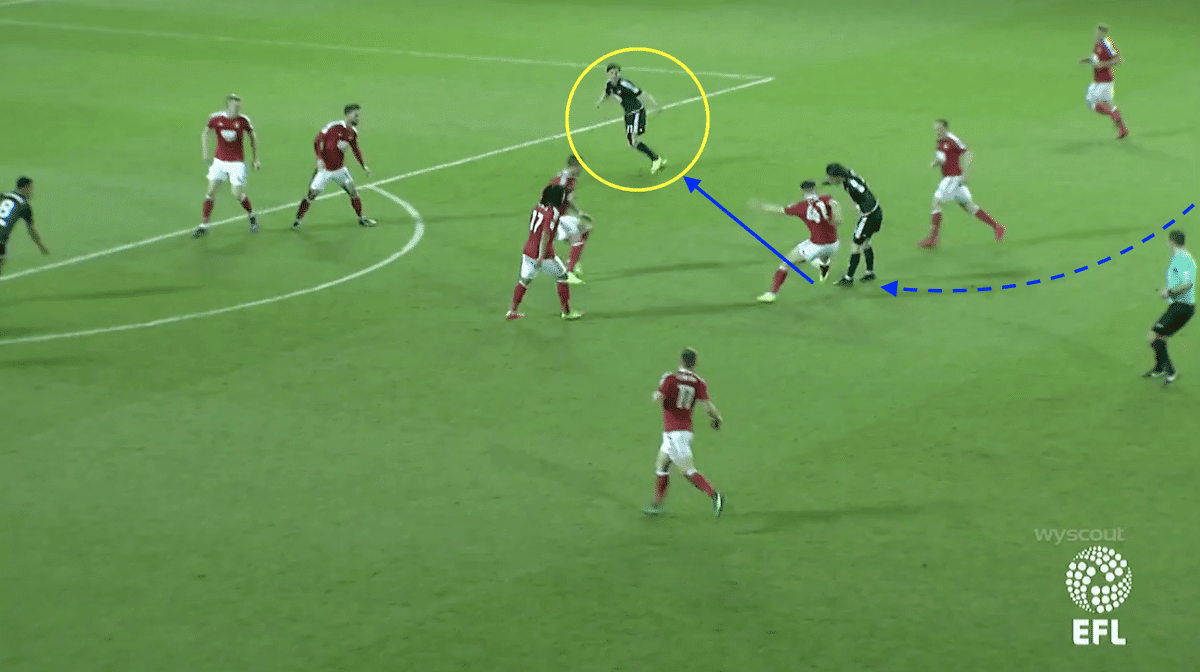 Another assist, this time in a 1-1 draw at Barnsley, was every bit as impressive.

Having received the ball in the middle of the pitch, Jota spins and slips a pass between three Tykes players to find Florian Jozefzoon who scores for the Bees. 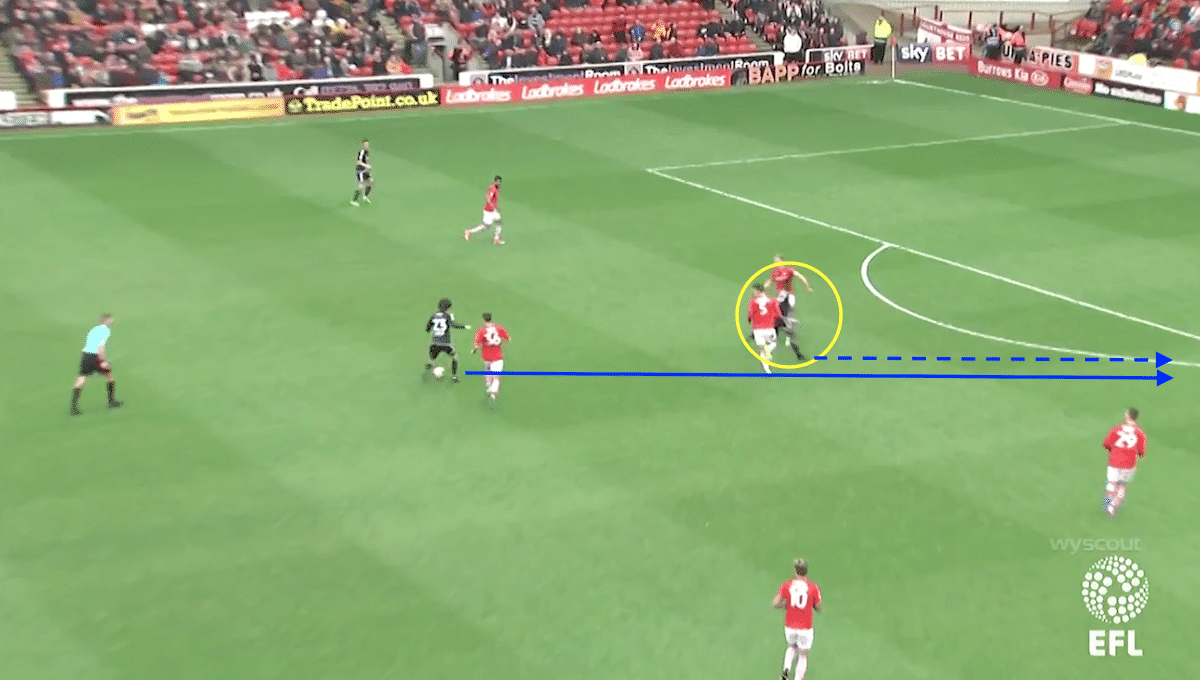 While Jota is not the most prolific supplier of goals for his team-mates, his movement and awareness help create space and opportunities for those around him.

And despite spending just half of the 2016/17 season at Brentford he had more shots per game (3.4) than any other Championship player. 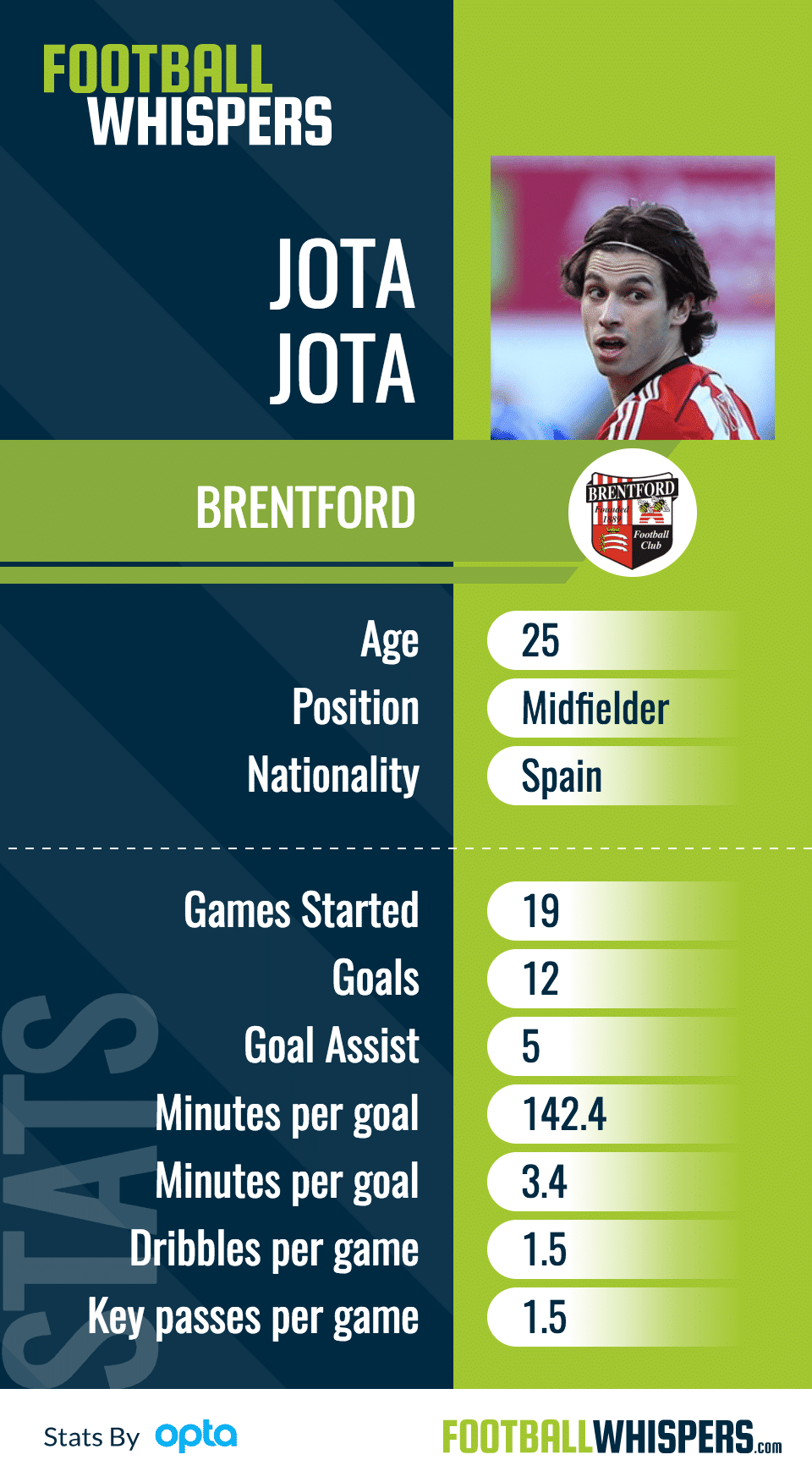 Where would Jota fit in at West Ham?

Slaven Bilić played a 4-2-3-1 formation for much of the previous campaign with Lanzini directly behind Andy Carroll in a the No.10 role.

Such is Jota's knack for drifting in off the flanks it would not matter which of the three supplementary forward roles he was assigned as he would always end up in the same place.

Jota spent much of last season playing, nominally, on the right-hand side of a 4-2-3-1 system for the Bees, cutting inside to fully utilise his wand of a left foot.

The Hammers signed Sofiane Feghouli to play that position last summer but the Algerian was a big disappointment at the London Stadium, scoring and assisting just three goals.

The only hitch facing West Ham is that Jota will be wanted by other Premier League clubs this summer – he is already, reportedly, a Crystal Palace and Southampton transfer target.

Avoiding players coveted by other sides is another rule of Moneyball – but it's one worth breaking.