It’s officially transfer rumour silly season. Earlier in the week a newspaper in Stuttgart, Germany, reported that Joshua Kimmich would leave Bayern Munich at the end of the season. With Pep Guardiola searching for a right-back, the 22-year-old would be the perfect signing for the Spanish coach.

Pep needs a man for all occasions and @RyanBaldiFW thinks Joshua Kimmich is just that man https://t.co/fxhQpbTIQ1 #MCFC #FCB

However, Manchester City may still have to look elsewhere. Almost instantly, the story was rubbished by the German giants, with chairman Karl-Heinz Rummenigge acting quickly.

“This story lacks any foundation. Joshua Kimmich has a contract with Bayern until 2020 and will definitely play for Bayern next season.”

The Bundesliga champions were clear and clinical in their press release, suggesting they would take legal action against Stuttgarter Zeitung, the paper that leaked the story.

Definitely not held at gun-point, Kimmich himself was thrust in front of the microphones, telling the world of his desire to remain in Bavaria.

“It's a fact I don't want to leave Bayern Munich,” Kimmich told reporters on Wednesday.

“It's not only conceivable, but it's my goal to stay at Bayern for a long time — under the assumption that I play.”

That was the kicker at the end, as long as he plays. You know what they say, there is no smoke without fire.

Kimmich came through the youth system at VfB Stuttgart before moving to RB Leipzig in 2013, and then he signed for over £7million at the Allianz Arena.

There’s no doubt that he still has contacts at his boyhood club and that city, so the fact someone could have found out some information is not outside the realms of possibility.

Although he has made 32 appearances in the Bundesliga this season, he has only made 15 starts. Known for his versatility, only five of those have come at right-back. It has been during his 23 games at central midfield that he has added seven goals and an assist. 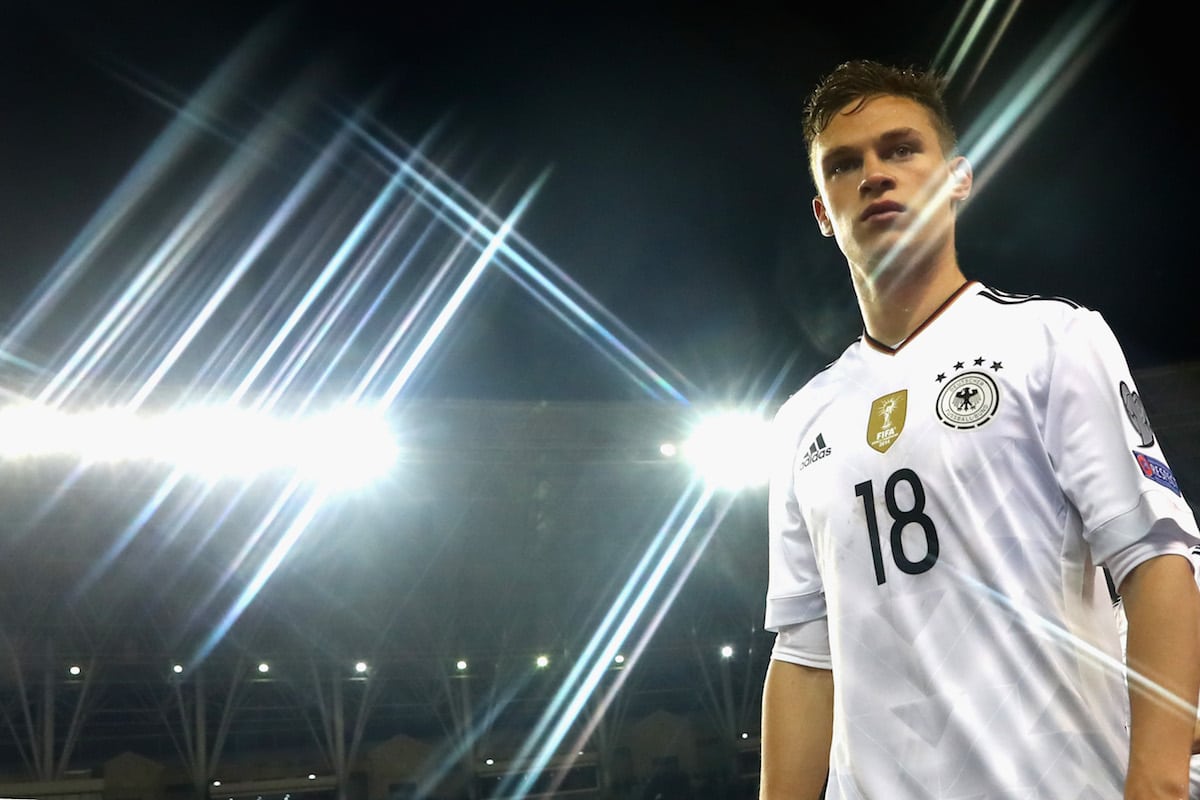 When he played under the Spanish boss, Kimmich was used as a centre-back, then he played at right-back for Germany and Carlo Ancelotti has used him in the centre of midfield, but although the middle of the park seems to be his natural position, no one, even the player himself knows what his best role is.

“Every position is a bit different,” he admitted in an interview with Sports Illustrated.

Kimmich did make one thing clear while talking to SI’s Grant Wahl: it’s in the middle of the park that he prefers to play.

“My favourite position is in the centre of the midfield, maybe the defensive midfield. I think I can play this position the best,” he continued.

“I played there in my youth all the time, and I like to be in the centre of the game because you’re never standing still. 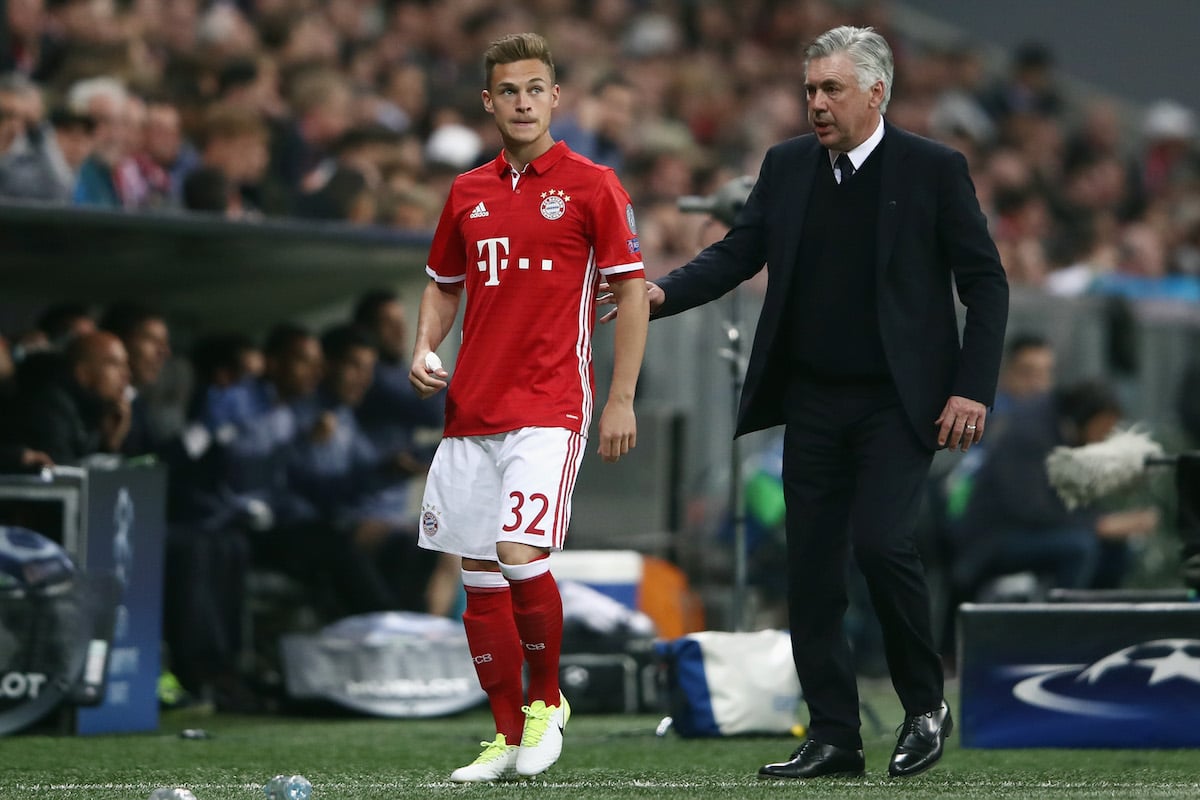 What would attract Kimmich to Man City is the way in which Guardiola wants his full-backs to play.

Rather than just be weapons that bomb down the flank, the former Barcelona coach wants them to be able to come inside, dictate possession and almost play like a centre mid.

That’s why he was able to play Kimmich’s team-mate, Philipp Lahm, in that role and it’s what makes the 22-year-old the ideal signing.

Don’t let Wednesday’s impromptu press release fool you, not all is rosy in the Kimmich garden: “The fact is I’m not satisfied with it and I want to change it,” he was quoted as saying as recently as March.

“The coach knows I can play as a No.6 and at right back, also in the centre of defence.”

The youngster obviously thinks he is good enough, but perhaps his versatility is a curse rather than a blessing to Ancelotti.

READ MORE: AGÜERO MAY HAVE TO ACCEPT BACKUP ROLE AT MAN CITY

How does Joshua Kimmich compare? 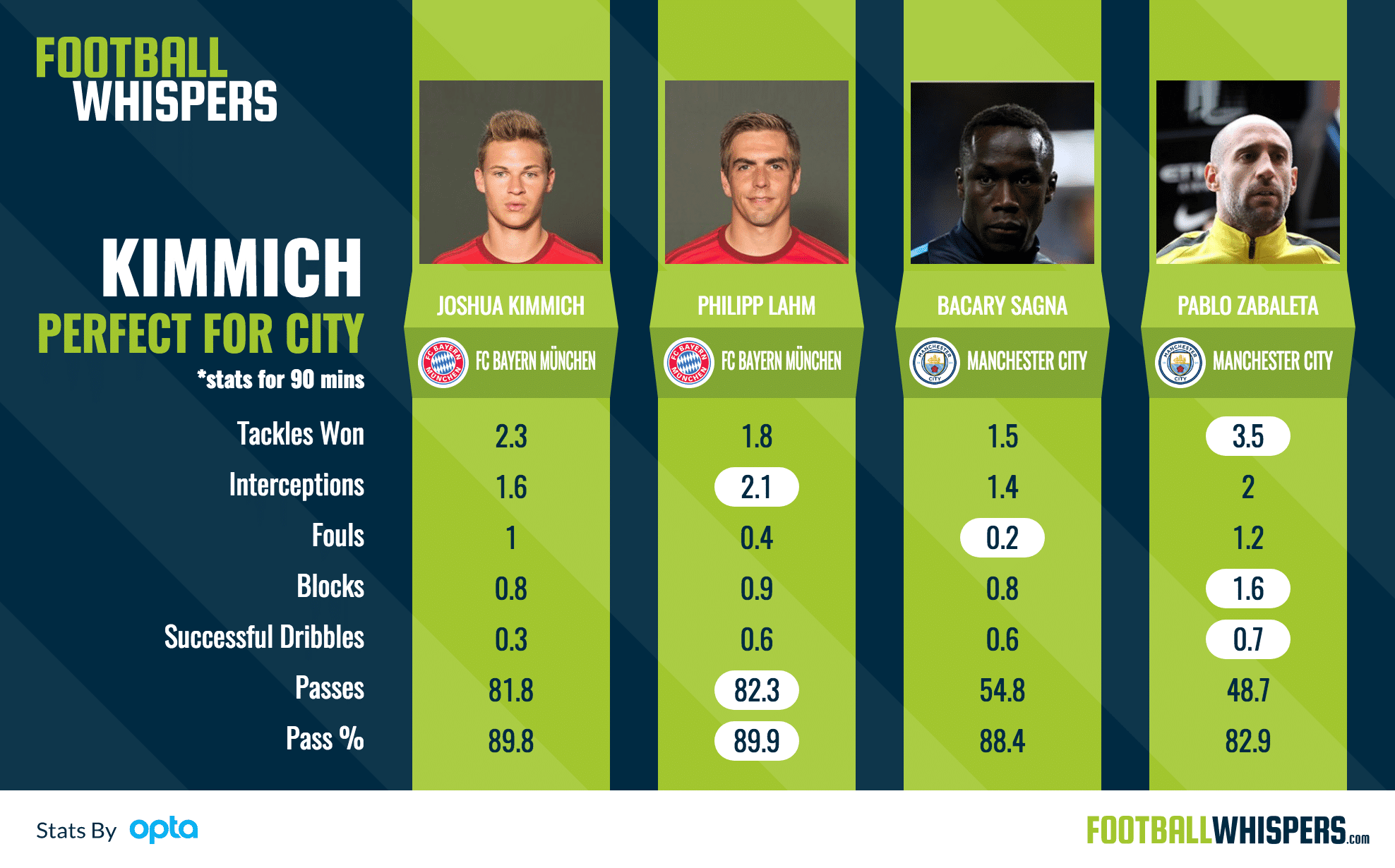 Looking at the German international compared to the retiring Lahm and Bacary Sagna, who would be his competition, and Pablo Zabaleta, who leaves City in the summer, the former Stuttgart graduate fairs exceptionally well.

Only the Argentine makes more successful tackles, but that’s no surprise with his swashbuckling aggressive style, backed up by the fact the 32-year-old concedes the most fouls.

Lahm’s reading of the game helps him make more interceptions, but Kimmich is not far behind, plus at 1.6 he’s ahead of the Frenchman.

Zabaleta leads the way in terms of blocking shots, passes or crosses, but the young German measures up extremely well.

Where he dwarfs the City players is with the amount he sees of the ball each game, making 81.8 passes per 90 minutes. But that will be hugely affected by his position in the middle of the park, but with a pass completion of 89.8 per cent, you know he is comfortable in possession and can use the ball very effectively.

If Guardiola does pursue this link to Kimmich, what he would be signing is a technically gifted youngster. Similar to Lahm, he has a terrific understanding of the game, that allows him to pick up new positions very quickly.

Rather than be a 7/10 player in all his different roles, he’s easily up at an 8.5, with room to grow and improve.

Kimmich could provide Man City with the same ball-playing attributes that Guardiola has had in the past with David Alaba and Dani Alves. He can attack the flanks, but also control play through the middle.

Even if the Spanish coach find another full-back to meet his needs, he could do much worse than to integrate the German into his midfield.

Injury doubts surround Ilkay Gündogan’s future, Yaya Toure – despite a late season resurgence – is winding down, and Fernandinho lacks the vision in the final third to bring Pep’s tactics to life.

Rather than sign just one player, a move for Kimmich and the possibility of convincing Bayern to part with a player contracted until 2020, would be like picking up two excellent options in one very promising package.