Newcastle United led 3-0 at Stamford Bridge when Carlo Ancelotti turned to a scrawny 17-year-old midfielder to change the game in Chelsea's favour.

A youthful Blues side had struggled until that point. They had been bullied by Shola Ameobi. Outthought by veterans such as Sol Campbell and Alan Smith.

But Josh McEachran was special. And when he replaced the injured Salomon Kalou shortly after half time, Chelsea fans suddenly believed. That hope, that expectation, lasted four minutes.

The teenager slid a pass into the path of Yossi Benayoun only for Isreali to pull up and grasp his hamstring. Half an hour remained and the home side had made all three substitutions.

Down to ten men, three goals behind, and with a handful of youngsters in their side, few would have grumbled had Chelsea played out the final 30 minutes without incident and moved on to more important things, such as Manchester City away three days later.

Instead, McEachran helped inspire a comeback. He didn't score and he didn't assist but he orchestrated several of the Blues' attacking moves.

He played neat passes to Patrick van Aanholt and Paulo Ferreira, who at that point were playing as wingers. He linked well with Yuri Zhirkov and Ramires, Chelsea's two other central midfielders. And he jinked past opponents with ease, something which was no surprise to those who had watched the midfielder.

As the game ticked into the 90th minute, Chelsea were level. Nicolas Anelka had scored twice while Van Aanholt also struck. The fairytale comeback was ended, though, in stoppage time when Ameobi headed home a late winner.

There were few grumbles as Chelsea fans left Stamford Bridge that night. Instead, the talk was about McEachran. He had inspired the Blues to a Youth Cup win, he had helped England's Under-17s win a European Championship, he had already made his debut for the club, too. But that night in 2010 was the moment he truly arrived.

“He can play in the first team right now, without problem,” Ancelotti said after that game. “He is very young but he showed fantastic ability and quality. 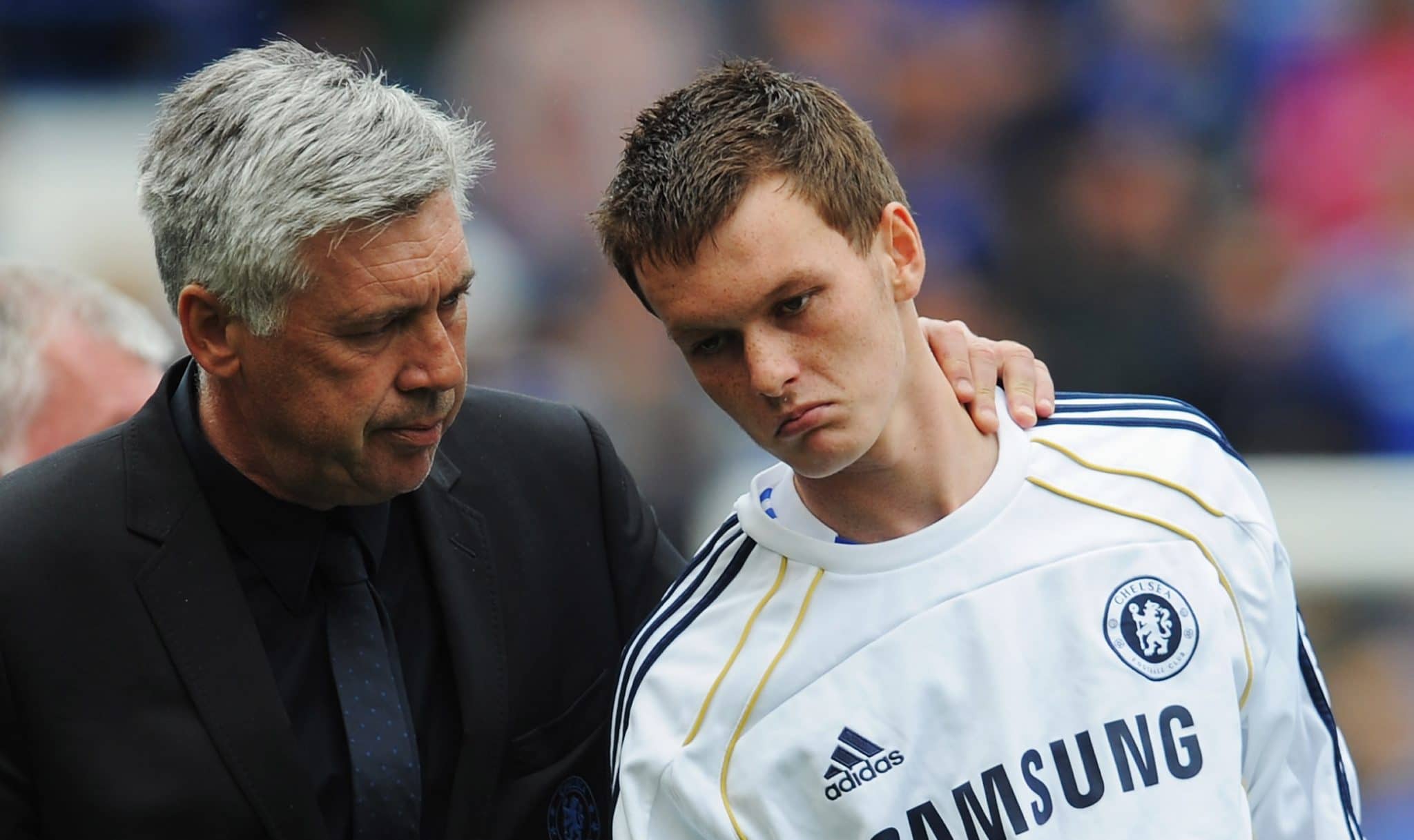 “If we need him he is ready to play the Premier League and the Champions League. I am not afraid to put a young player in important games because he has fantastic quality.”

These were not mere platitudes from Ancelotti. McEachran would go on to make 17 further appearances under the Italian coach, who attempted to transform the youngster from No.10 to regista.

He had the world at his feet. And his decision to turn down the advances of Real Madrid and Manchester United at the age of 16 appeared justified. But McEachran went on to make only five more senior appearances for Chelsea before he left the club in 2015.

“It’s very unsettling, particularly when you’re a teenager when you have no family or friends around you,” he told The Times. “I’m not saying it’s not my fault for not getting the game time I should have done when I was younger, but it is difficult when you’re away from home and constantly changing club.”

McEachran didn't always help himself. He admitted it was easy to give in to temptation and join John Terry and Ashley Cole on nights out when there was little chance of playing on a weekend. He also failed to bulk up, which meant he could easily be nudged off the ball.

In 2015, and despite having a year left on his contract, McEachran cut ties with Chelsea and joined Brentford. It was a fresh start for the midfielder away from the safety net of the Premier League giants.

Injury hindered his first campaign at Griffin Park but he has gone on to play more than 100 times for the Bees. This season he has made 29 appearances in all competitions and earned high praise from Dean Smith early in the campaign.

“He can see openings on the pitch that people up in the TV gantry can’t see,” the former Brentford boss exclaimed. 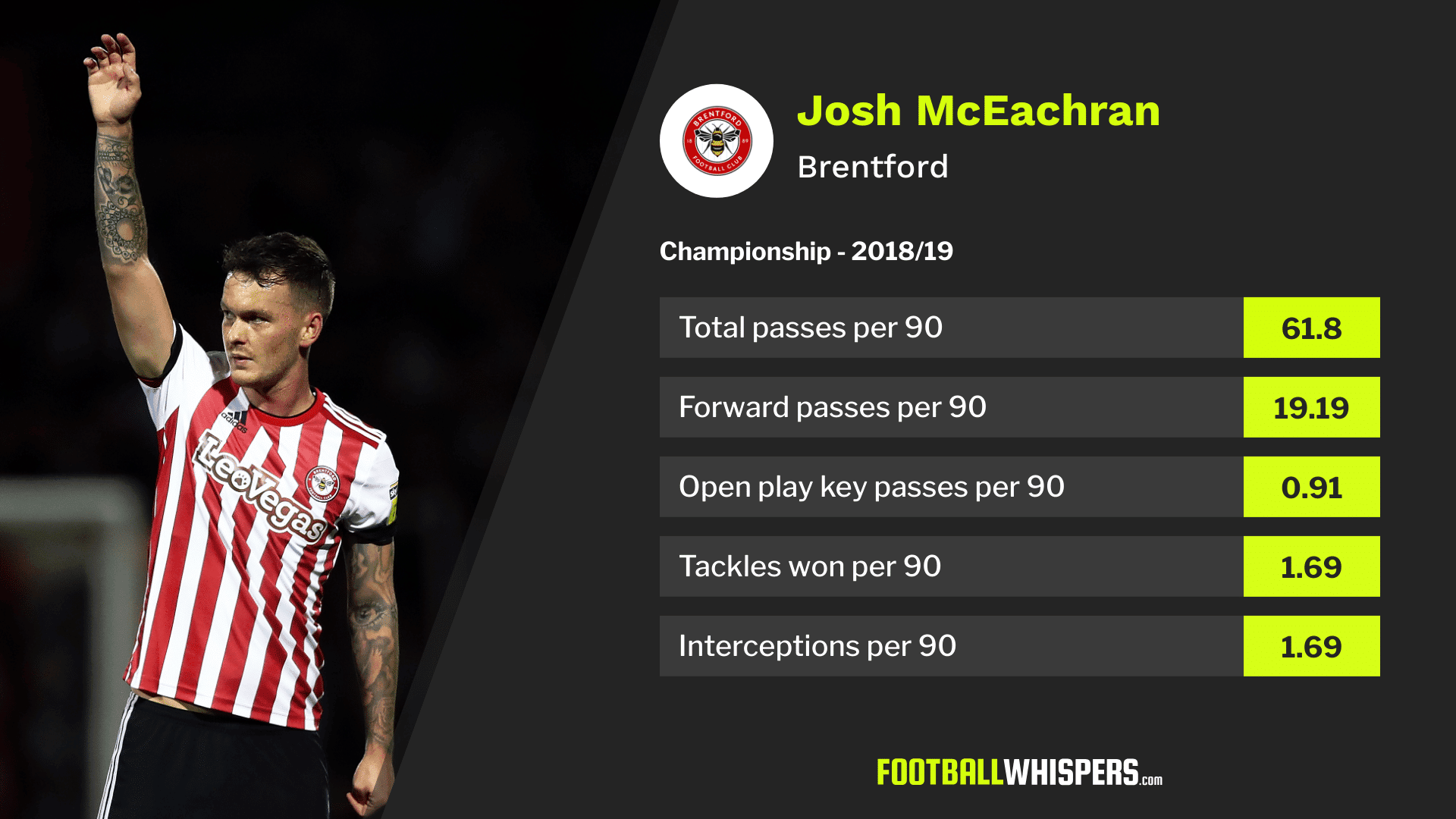 Smith's departure for Aston Villa was a blow for McEachran, but he continued to play as the midfield pivot in Thomas Frank's 4-3-3 system. He was charged with starting Brentford attacks from deep but also halting the opposition. A very different role to that he shone for in Chelsea's youth sides.

However, a change of formation – to 4-4-2 – in December saw McEachran lose his place in the starting XI. And from the beginning of April, he was dropped from the match-day squad entirely.

So it's not entirely surprising that Brentford have announced that McEachran will be allowed to leave the club this summer when his contract comes to an end. At the age of 26 years old, the teenager who had the world at his feet will no longer have a club.

So what's next? McEachran's technique, ability on the ball and vision have never been in doubt. Perhaps he's simply not suited to the hustle, bustle and breakneck pace of the English game.

He enjoyed his experience on loan at Vitesse – “the football over there is a lot more technical and tactical than I was used to, which suited the way I want to play” – so perhaps a move abroad is an option.

What is clear, however, is time is running out for the midfielder to live up to the potential he displayed on that September night against Newcastle. The talent has never been in doubt. It's time McEachran makes the most of it.