Two-and-a-half years ago, Celtic signed a youthful attacker from the Football League. He went on to score 26 league goals and claimed 12 assists across his two years at Celtic Park.

Now the Bhoys are attempting to repeat the trick; they have been linked with Sunderland’s 20-year-old sensation Josh Maja.

Signing for a £500,000 compensation fee and moving on to Lyon for £20m, Moussa Dembélé made a tidy profit for Celtic.

A similar situation could arise with Maja, who’s out of contract at the end of the season with little suggestion that he’ll be signing a new deal. That either means a small compensation price in the summer, like with Dembélé, or a bargain fee this month as Sunderland look to get every penny that they can.

The interest in Maja is not just idle hyping of a player who’s scored 14 league goals this season. There’s a lot to like about the striker, who has also attracted the attention of Tottenham Hotspur, Huddersfield, and Crystal Palace.

Strikers often impress when they’re young and more able, or desperate, to do the running to prove their worth. But Maja is set apart by his movement. League One defences might make him look impressive, but he understands how to exploit gaps between defenders very well for one so young.

An encapsulation of this is his goal against Blackpool on New Year’s Day. As Sunderland advanced the ball onto the left flank up into a crossing position, Maja moved into the awkward area directly behind the defender’s back where he’s unable to properly see him. 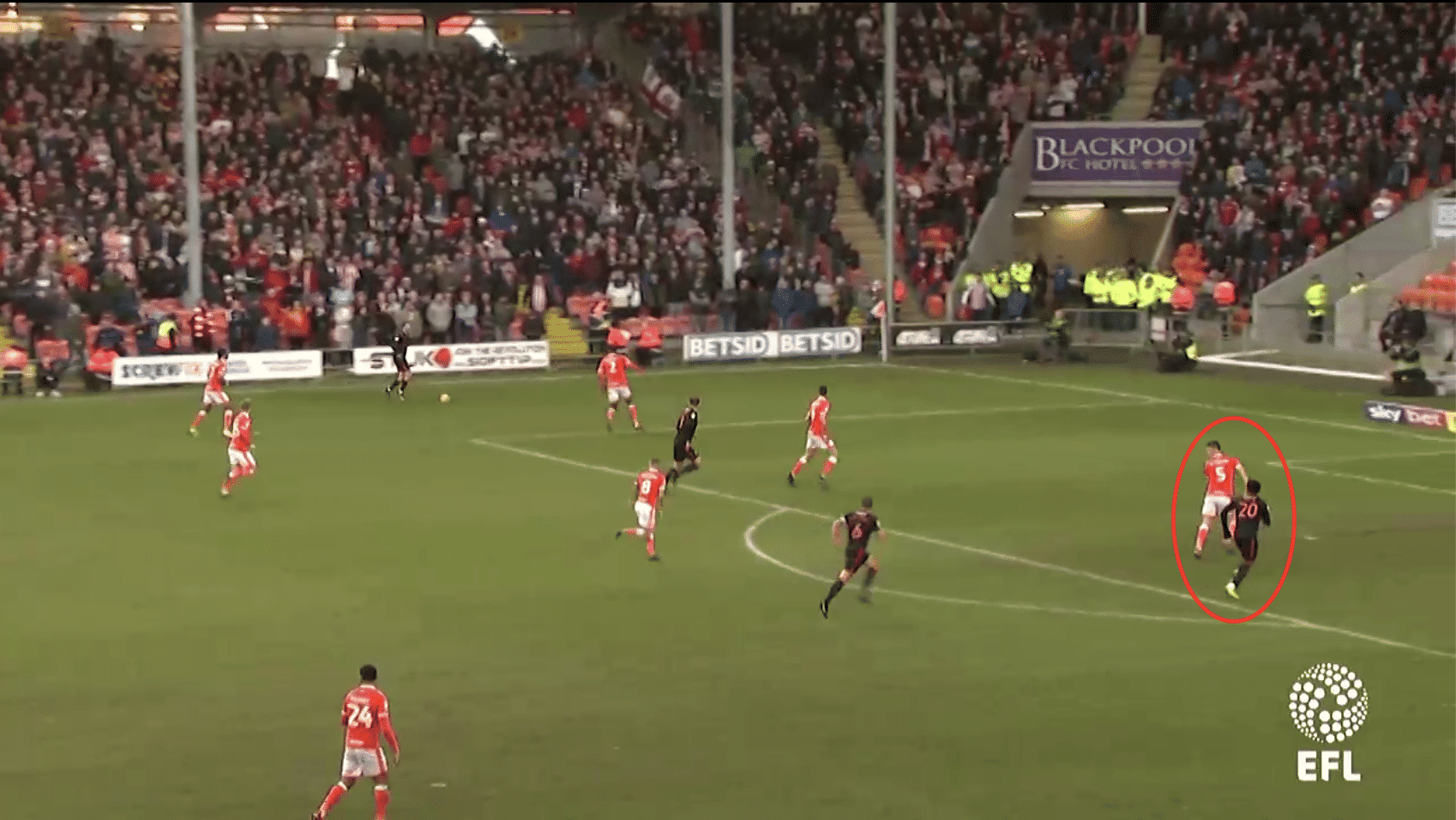 At the perfect moment, Maja nips around the front of the defender and improvises a good finish to deflect the ball past the goalkeeper. 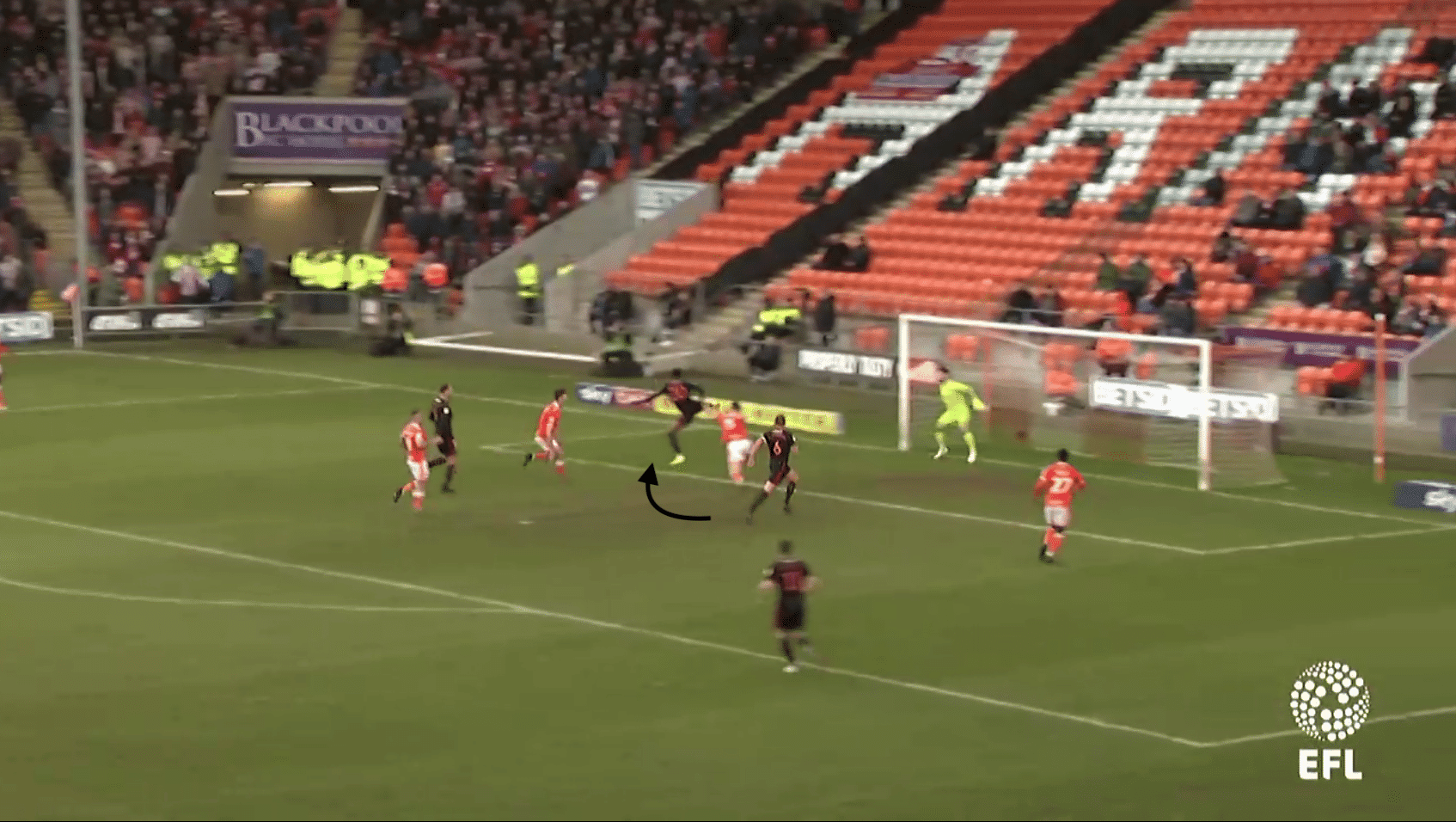 He was lurking in the blind spot of the defender for this exact reason; to be able to make a run and get a yard of space before the opponent even knows what’s going on.

Where it matters, inside the box, Maja is impressively two-footed. Out of the 16 goals he’s scored in his senior career, he’s scored two with his head, and seven with either foot. The power and cleanness of strike that he gets with his (weaker) left are at a quality that some strikers would be envious of on their stronger foot.

In general play, Maja is still noticeably right-footed, but when he gets a sight of goal, he’s able to work it onto either foot to manufacture a chance.

Being two-footed isn’t exactly something that can be pinned on Maja’s potential predecessor Dembélé, who, for example, chose to take a shot in the below shot with the outside of his right foot rather than his left. 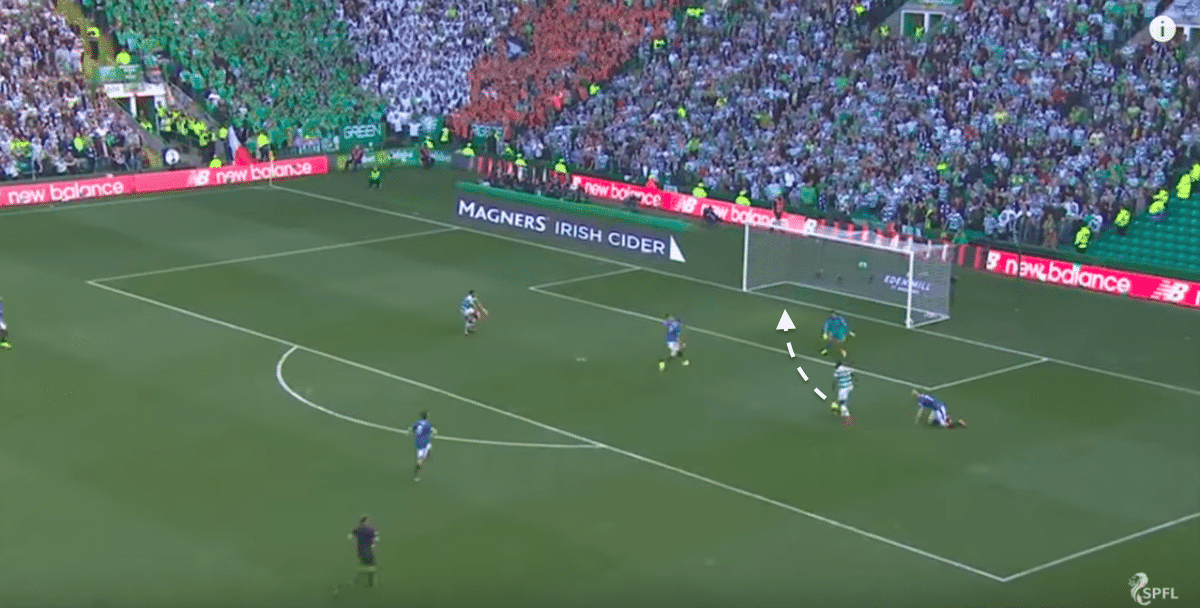 Increasingly, with the further spread of thoroughly-planned pressing, strikers are judged on their all-round game.

Just after Sunderland lose possession, in the below example, Maja is looking for who he should be covering, what passing lane to shut off. The rest of his team are still organising themselves in the transition from attack to defence, and some further up the pitch aren’t as quick off the mark on it as Maja is. 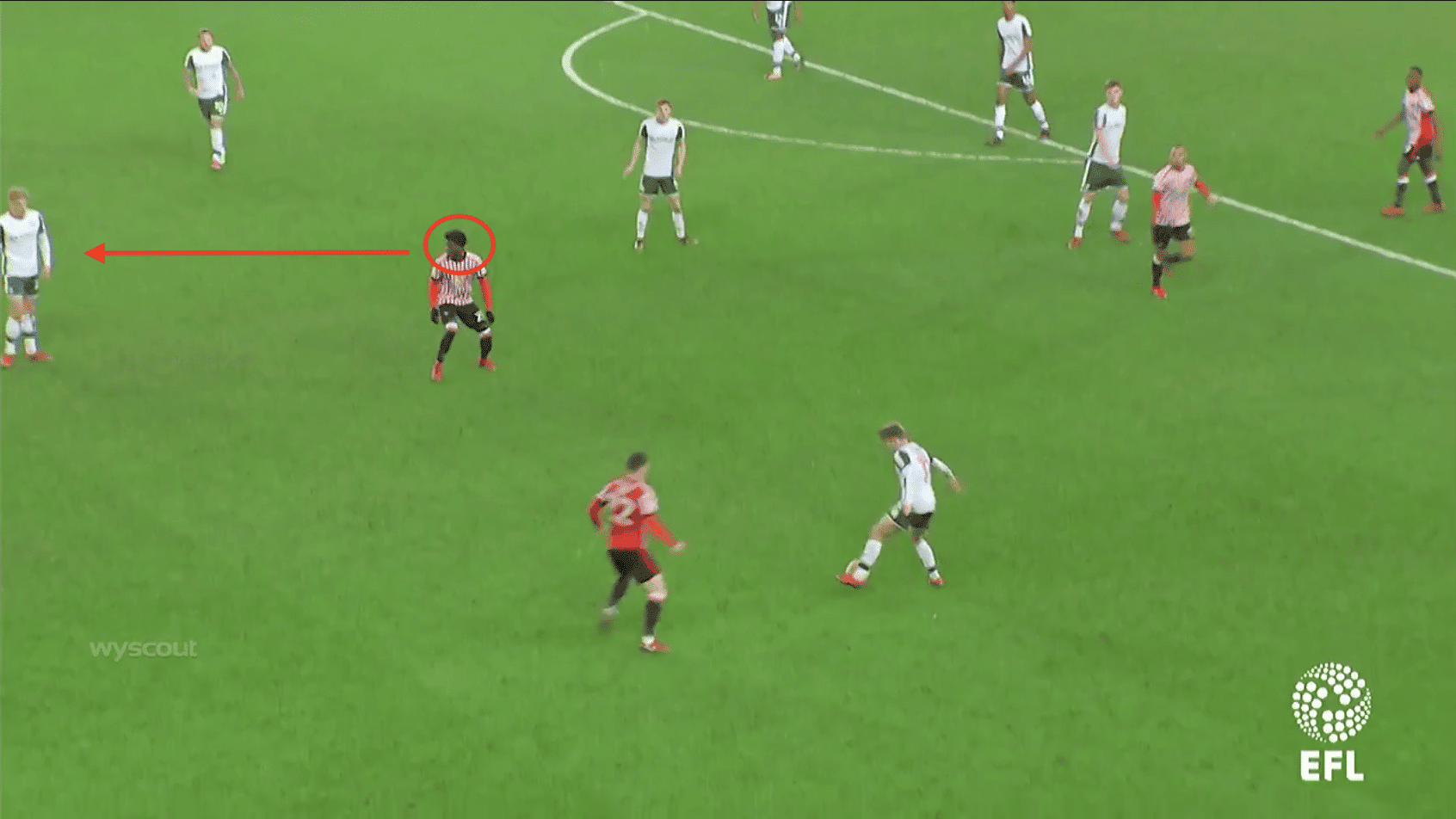 Being aware of defensive duties is something that will help out strikers at any club, and at Celtic it might be most useful in the big games.

Europe has been Brendan Rodgers’ only area of struggle during his time in Scotland, having failed to progress from a knockout round in his three years in charge.

In 2017/18, they reached the Europa League round of 32 by virtue of coming third in their Champions League group. They lost on aggregate to Zenit St Petersburg.

There are, inevitably, a couple of areas that Maja could improve on.

His pace is deceptive. As a big, physically developed striker, he doesn’t have a quick burst over the first few yards. But if given the time to get up to speed he can be a problem for defenders. This pace vanishes with the ball at his feet though, and he isn’t a particularly strong dribbler in general.

And for someone who looks like a grown man rather than a 20-year-old, Maja has a surprising lack of physical presence. He’s routinely outmuscled in aerial duels and seems to have taken lessons from the Álvaro Morata school of hold-up play (ie, receive the ball and fall over at first contact).

Scotland may be a good next step in his career then, forcing him to develop important parts of his game. For Celtic, Maja could be a major player.