It would be quite some coup if Newcastle United managed to pull it off.

According to reports, the Magpies are keeping tabs on MLS goal machine Josef Martínez, who is part of a substantial wishlist drawn up by those at St James' Park ahead of the January transfer window.

The Chronicle claim the Premier League club have been keeping an eye on the forward since signing his partner in crime Miguel Almirón during the winter window.

Newcastle scouts have been in attendance and have watched on as Martínez has gone goal crazy yet again this season.

Currently on a 15-match goalscoring streak, the 26-year-old is only six games shy of an all-time world record currently held by Lionel Messi. With 26 goals to his name in 27 matches during the 2019 campaign, Martínez could still yet beat the league record he set last year having scored 31 throughout the season.

The report goes on to reveal Everton and a host of other European clubs looked at the Venezelua international during the summer window but a formal bid never arrived.

On paper, a move for Martínez is an exciting one. The prolific forward would add goals to a Newcastle attack currently lacking them. Summer signing Joelinton has just one to his name this season while Almirón is yet to get off the mark for the Magpies.

Bruce's side have struck just four goals in their five Premier League matches with defenders Jetro Willems and Fabian Schar adding to Jonjo Shelvey's strike in the English top flight.

An average of 0.8 goals per game works out at 30 over an entire season. For context, Fulham and Cardiff suffered relegation last year having scored 34. 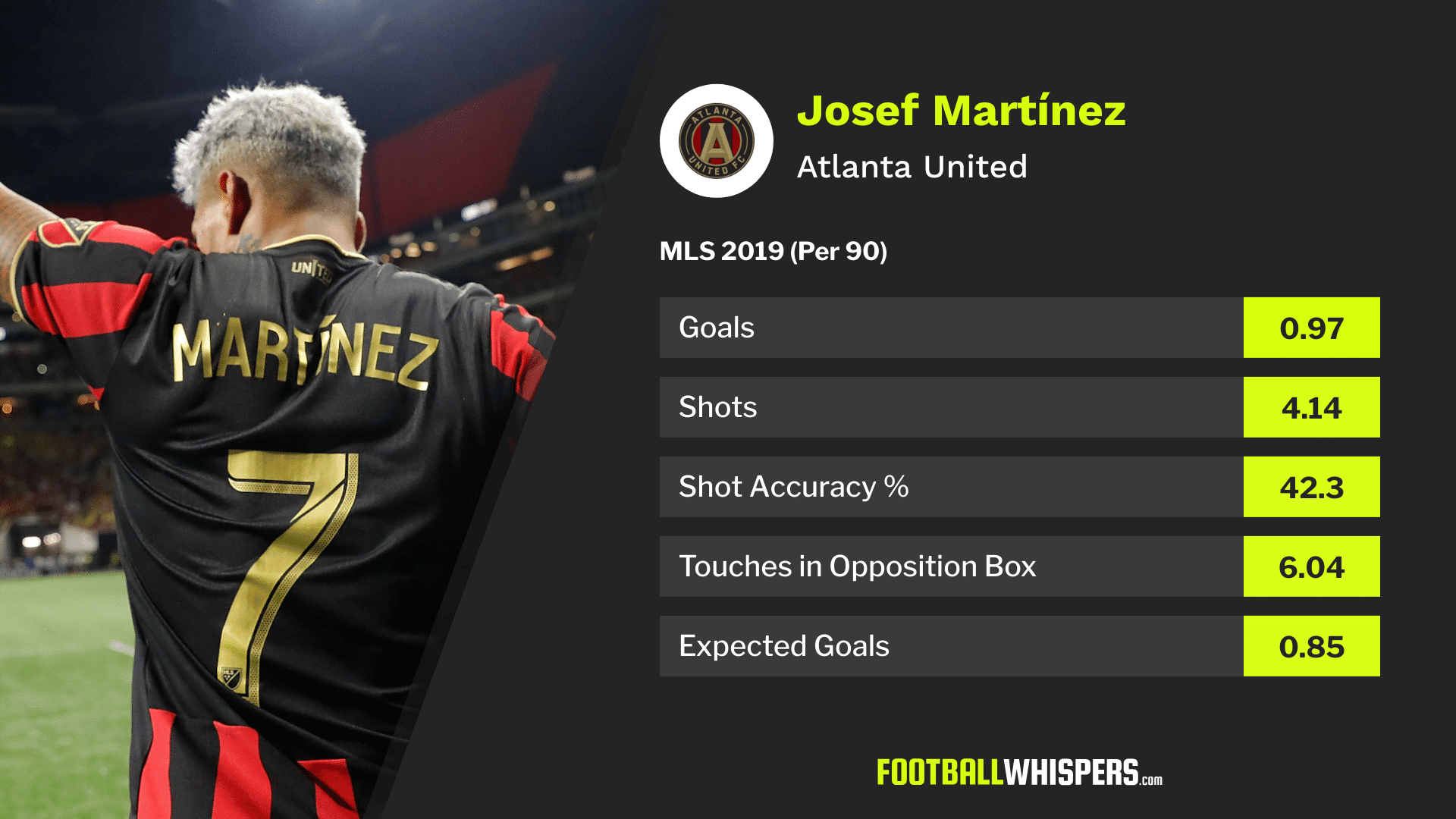 Martínez is averaging close to a goal every game and his expected goals numbers suggest such output is sustainable. If given the service, there's no reason the Atlanta No.7 couldn't be a genuine goal threat in the Premier League.

However, it's hard to see Newcastle giving the 26-year-old the supply line he needs to be effective. Martínez relies on volume – he's averaging over four shots per 90 while the Magpies are averaging just ten per 90.

They aren't creating goalscoring opportunities. Without these chances, he's not going to be as effective or anywhere near as potent. Bruce's side aren't dominant and they aren't one of the strongest teams in the league.

Martínez currently turns out for one of the best sides in MLS history and he's used to playing in a certain style. Again, removing him from that could see him struggle. There's never a certainty with transfers but such a dramatic shift in the system he's being used in, coupled with moving countries, is likely going to see the player fail to live up to the hype and the price-tag.

Furthermore, the idea that his arrival could help Almirón rediscover his groove is far-fetched at best. The playmaker will still be turning out for a team who look to counter-attack. He's still going to be tasked with linking the midfield and the attack almost single-handedly.

In Joelinton he has a striker he could work with but the tactics deployed by Bruce aren't conducive to this. Newcastle, right now, are an organised defensive team who look to play long passes to get their Brazilian powerhouse involved. Almirón is tasked with supporting play and picking up the second ball, the complete opposite to his role at Atlanta.

Adding Martínez would only bring him to Almirón's level at St James' as opposed to what they produced in MLS. If Newcastle are going to spend big in January it should be in other areas of the team to give their talented attack the chance to flourish properly and showcase what it is they can do when supported properly and utilised effectively.

Martínez's arrival would complicate matters instead of addressing the already existing ones.