It's a sign of the mismanagement of the Manchester United squad in recent years that 34-year-old Ashley Young has made 12 first-team appearances this season at left-back.

Young was once a very effective player. In his younger days, he was a livewire winger with excellent delivery from wide areas. He was good. Very good. But Manchester United good? Probably not.

His reinvention as a full-back has had some success, however. But his best games in the position have come on the right side of a back four. On the left, he is inhibited and predictable as he often cuts back onto his stronger right foot.

But with Luke Shaw out injured since August, Young has been needed. Yet he is not a long-term solution. Given his age, it's not that much of a short-term fix either.

Which is why Manchester United are on the lookout for a new left-back. And, according to reports, they may have finally found one on the Spanish Mediterranean Sea.

The club had scouts in attendance to watch Valencia's 4-1 win over Lille in the Champions League on Tuesday night. They were there to watch José Gayà –although they would have also been impressed by youngster Ferran Torres

Gayà has been on the radar of Europe's elite for some time. He has often been tipped to make the same journey as Jordi Alba and swap Valencia for Barcelona. There has also been speculation of moves to Real Madrid, Manchester City, Chelsea and Arsenal. Yet a deal has never come to fruition.

“I can't imagine the future, anything can happen,” Gayà said in an interview with El Desmarque in the summer. “I only look at the present. I am here and I am happy in Valencia.”

Gayà is only 24 years old yet has played over 250 games for Los Che's first-team and B side. He has gained valuable experience, something which might not have had happened if he'd jumped ship early into his career.

Regular football has enabled Gayà to develop into a well-rounded full-back: defensive lapses have been ironed out and attacking instincts have been honed. There is no major weakness to his game.

It's why Valencia inserted an £85million buyout clause into the contract Gayà signed in the summer of 2018. If a club wants to prise him away from the club, they will not get him on the cheap.

The below graphic highlights that Gayà has a little bit of everything to his game. He can defend, he can break forward with the ball, and he can deliver into the penalty area.

Yet the sample size for the numbers is small. Due to hamstring injury sustained in September, the Spain international has only started six LaLiga games this term. Throw in the turmoil at Valencia after Peter Lim decided to sack Marcelino and it's difficult to get a fair reflection on what Gayà truly excels in.

So we have decided to look back on last season – a campaign in which Valencia finished, slightly fortuitously, fourth in the Spanish top-flight and also clinched the Copa del Rey – to gain a clearer understanding of what the left-back would offer Manchester United.

The first thing that immediately jumps out from Gayà's 2018/19 season is that, despite making 35 starts in La Liga, he only registered one assist. In the age of Trent Alexander-Arnold and Andrew Robertson, full-backs who have a genuine threat in the final third, that is a concern.

However, that figure may be more a reflection of Gayà's team-mates. His shot-assist map (below) highlights he often delivered the ball into dangerous areas of the penalty box. It's why his expected goals assisted for the campaign was higher at 3.08. 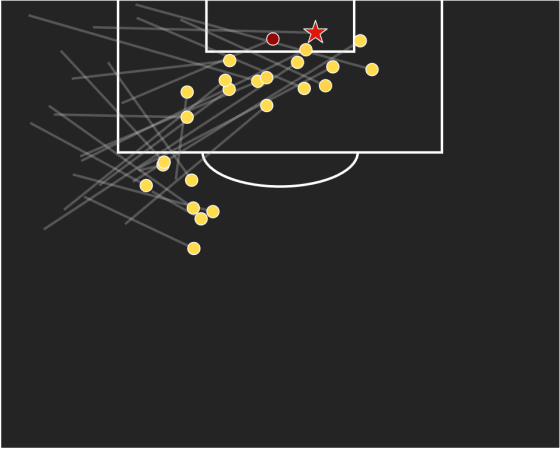 It's still a somewhat modest figure for an attack-minded left-back but it should be remembered Gayà was in a Valencia side that struggled to create and score goals throughout last season, it's why they ended the campaign with 16 draws in LaLiga.

In a more expansive side – something which in theory Manchester United are – Gayà would have a greater impact. He could also be key to unlocking Marcus Rashford as an inside forward.

At the start of the season, the England international was deployed off the left flank with Anthony Martial playing in a central role. But the French striker would drop into space in front of the centre-backs and Rashford would break in behind.

It worked to great effect against Chelsea but the experiment was soon curtailed by Martial's injury. But if Ole Gunnar Solskjær has faith in the system long-term – and the signs are he does as he used it against Partizan on Thursday night – then Gayà could be the man to make it all click.

As the Spaniard's heatmap (below) for last season shows, he spent as much time in the opposition's half of the pitch as he does his own. He was an energetic presence on the left flank and always remained tight to the touchline. 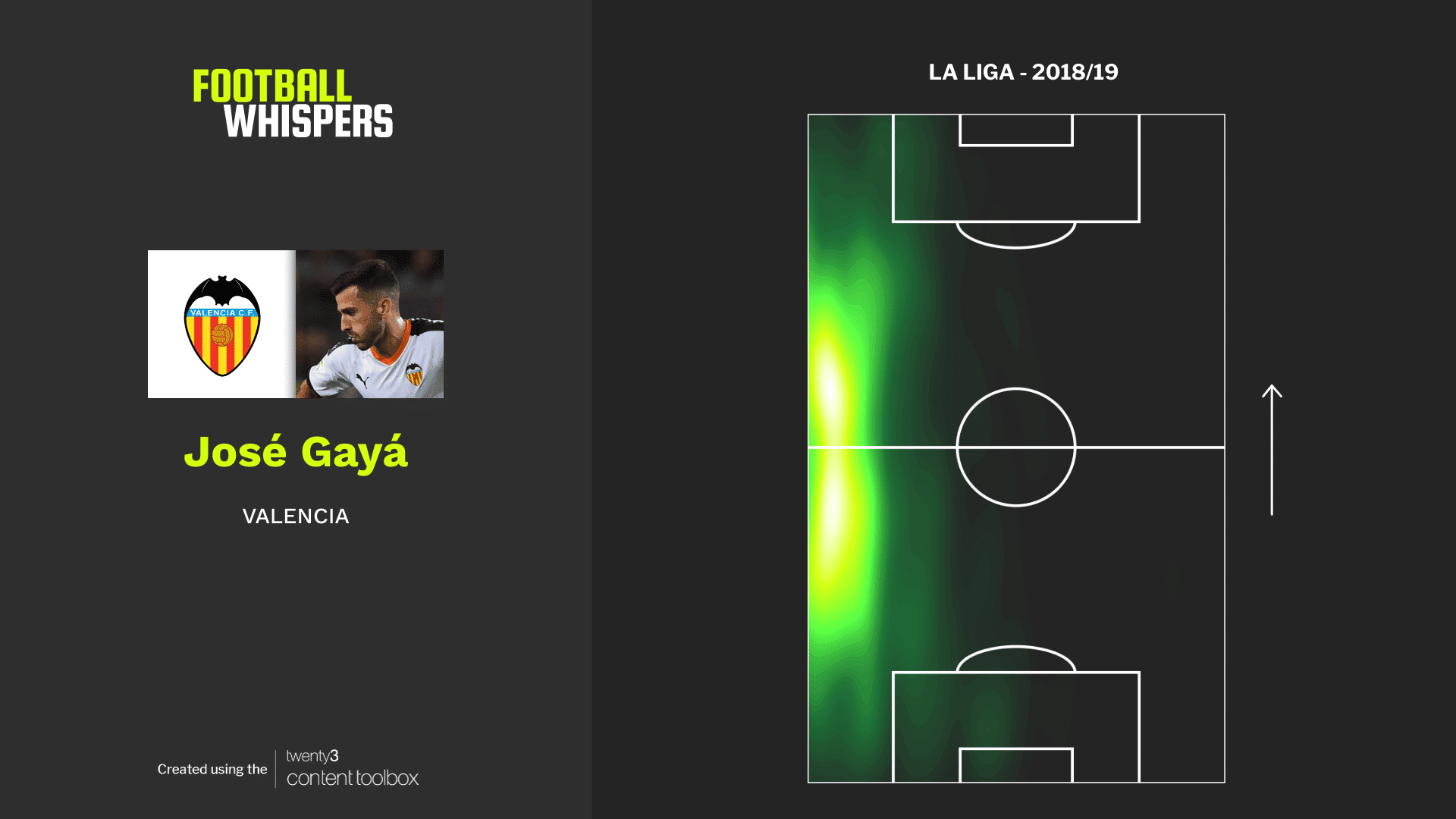 That could prove invaluable for Rashford. With Gayà in the side, the opposing right-back wouldn't be able to track the United attacker infield. If he did, the Spaniard would have time and space to exploit.

Defensively the Valencia full-back can hold his own. Gayà has excellent recovery pace which makes him difficult to get past in one-on-one situations. It also enables him to scuttle back and clear deep crosses into the box moments after being in the opposition half.

However, his height – Gayà stands 5ft 7ins – could be exploited by the more direct and robust physical sides. It would be the one main area of concern for Solskjær.

The Manchester United boss has hinted additions could be made in January. He said this week: “There might be none, there might be one, might be two in January, but the summer window is the big one. You can’t do many good deals in January.”

Yet Gayà would be a fine addition to this United side. Not only is he a quality full-back he would also aid Rashford's game. His signing would make complete sense, something that hasn't always been the case at Old Trafford in the Ed Woodward years.