Wolverhampton Wanderers have done the least exciting bit of transfer business — made a loan move permanent.

Of course, ‘least exciting’ is relative. For fans of Wolves and, more specifically, Jonny, the full-back becoming the club’s joint-record signing (£18million) may well be very exciting indeed.

His goal contribution hasn’t been as eye-catching as his team-mate on the other flank, Matt Doherty (three goals and four assists), he’s an undeniably important part of the team.

With so much of the Wolves set-up focussed in the centre, it’s up to the wing-backs to cover the entire flank, which Jonny does well.

Impressive is the fact that he’s naturally right-footed but plays on the left, yet you’d be hard-pressed to tell during much of the game.

The only time it really becomes apparent is when he approaches the goal. His shot and key pass locations are very central for a wing-back, a tell-tale sign of someone playing on the opposite side to their stronger foot. 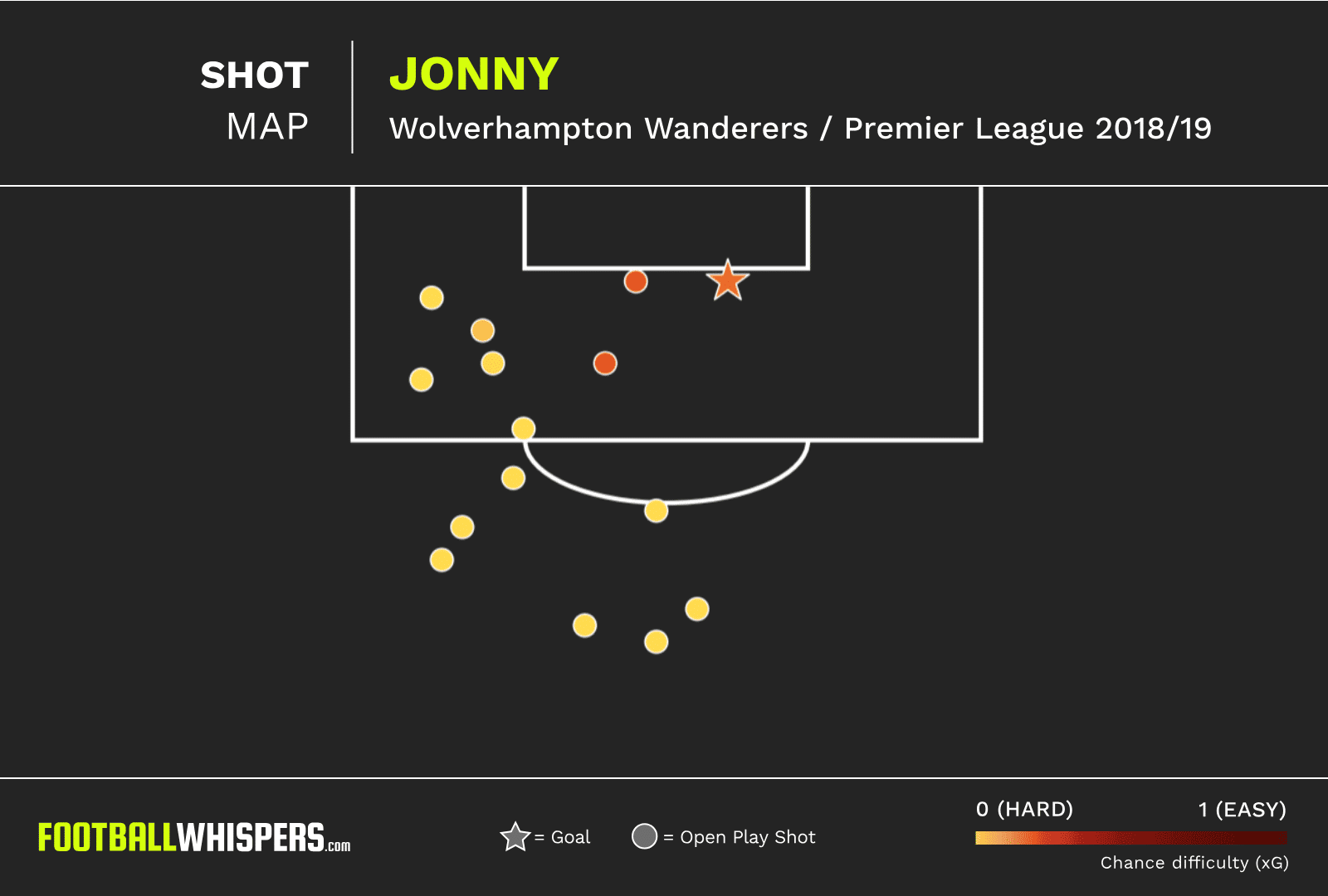 The responsibilities placed on the Wolves wing-backs might weigh heavy on some, but not Jonny. He’s in the top 15 per cent of defenders in the league for tackles, interceptions, successful take-ons, and touches in the opposition box.

He also gives away relatively few fouls, averaging just 0.8 per 90 minutes, a sign of a good tackle technique that is built on light, quick feet.

The Premier League has always been something on Jonny’s mind, and he has even cited former Real Madrid and Blackburn Rovers right-back Míchel Salgado among his inspirations.

“Míchel Salgado was always a role model for me because he also left Celta for Real Madrid [Jonny moved from Celta to Atlético] and then ended up in England,” the Wolves wing-back has said.

“He was always a role model, a great player, a great full back. It will be really tough to achieve what he managed to, but every player wants to do the most they can. I’m enjoying my football here and I’m still going to be here for a while, we’ll see what happens in the future.”

The future is now secure, with Jonny signing a contract tying him to Wolverhampton until 2023.

“I'm really happy to continue to be involved with the team,” he said. “I am very happy here, the truth is that it was very easy to decide.

“They are treating me very well, the staff are great, I've great team-mates and great supporters.”