John Stones leading the evolution of the slide tackle

John Stones doesn’t have the reputation of someone Premier League defenders can pick up old-school defending tips from.

And yet, if Wolves' Ryan Bennett had been studying videotapes of the 24-year-old in action, the slide tackle that brought down Wilfried Zaha for a penalty early in January would have been successful.

Bennett’s challenge on Zaha in injury time was a typical ‘tired defender’ tackle. Zaha drove into the box, feinted to go inside but then went outside. It was at that moment the 28-year-old defender committed himself.

A fresher centre-back would probably have stayed on their feet in that situation, but going to ground didn’t have to be a death sentence.

It was a traditional slide challenge: the near leg acting as the cushion for the body, with the far leg sweeping around to hook the ball away.

Problems with the classics

There are two issues with these challenges, though.

The first, which applied here, is that it takes longer to reach the ball. Clean tackling is a matter of split-seconds, and in the time it took Bennett’s leg to swing around, Zaha was able to nudge the ball forwards out of reach and win the penalty.

The second problem — which is more of an issue if the players are more side-by-side, instead of coming at the tackle from an angle — is the trailing leg. With the ‘tackling leg’ on the other side of the body, there’s a chance that the nearest parts of the body will collide with the forward in some way.

It’s a really comfortable technique but not a perfect one.

There is, though, a far less comfortable alternative: tackle with the near foot.

Although Stones certainly isn’t the only defender to tackle like this, he’s the Premier League defender who has most consistently used the technique.

Two years ago, against Tottenham, Stones was faced with a similar situation to Bennett. 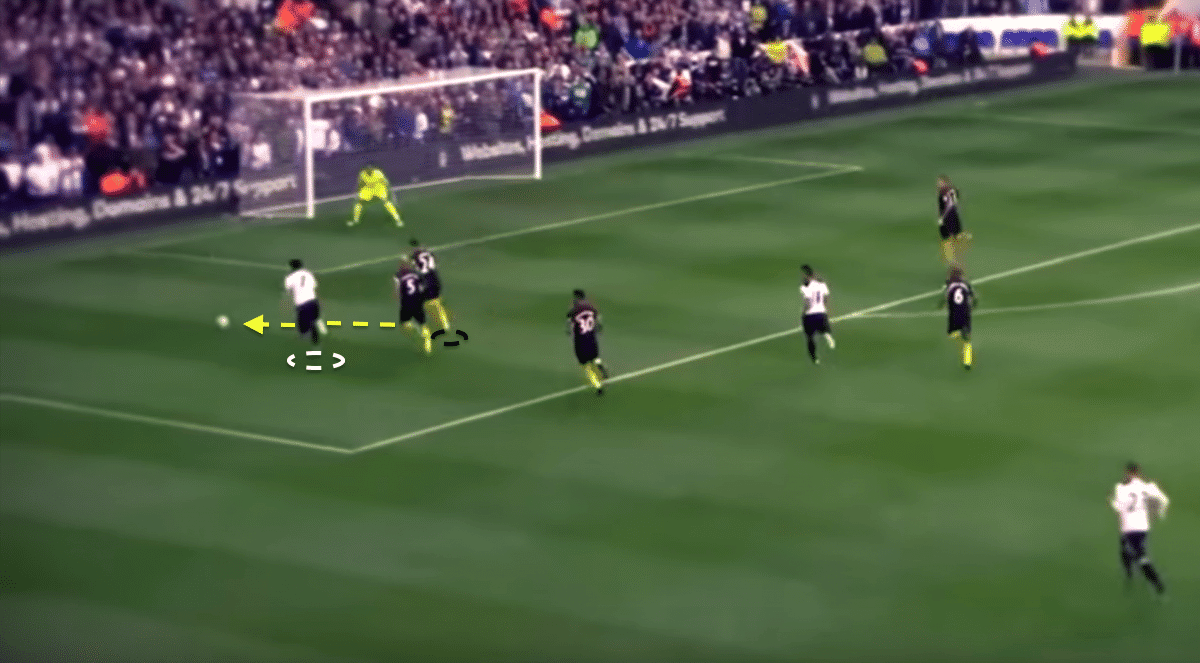 However, instead of going for the conventional slide tackling technique, Stones goes with the near foot. It looks uncomfortable in about three different ways, but it worked. 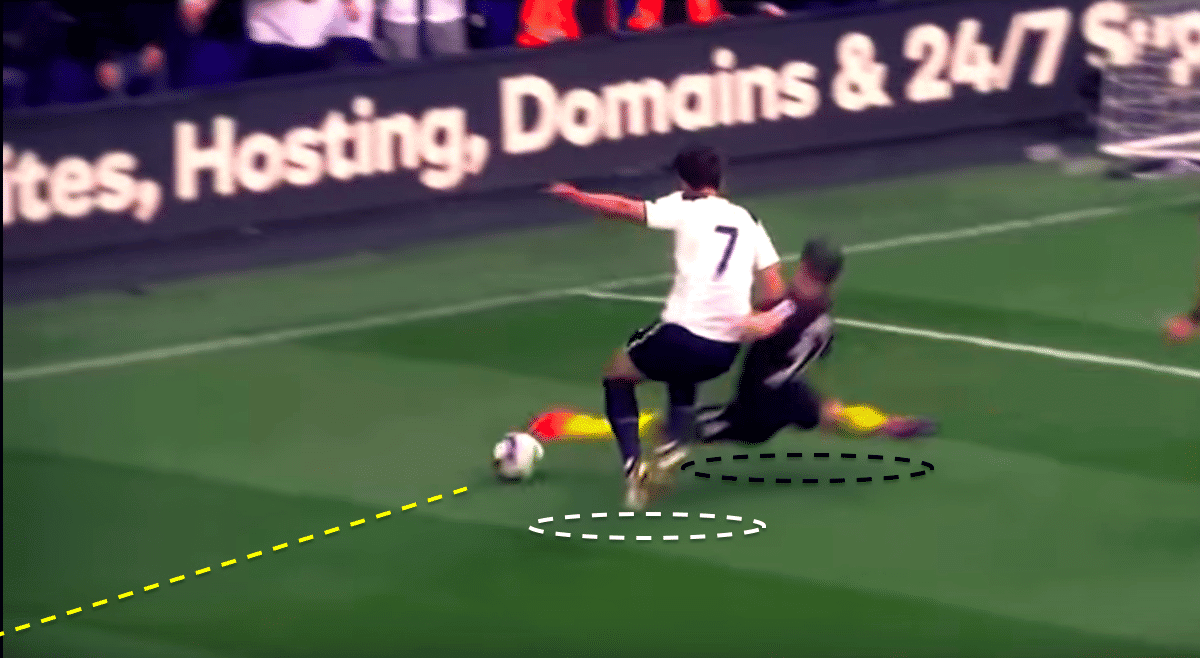 This isn’t just a one-time thing, however. Here, Stones goes in against Barcelona’s Luis Suárez with the same technique, this time on his other foot. 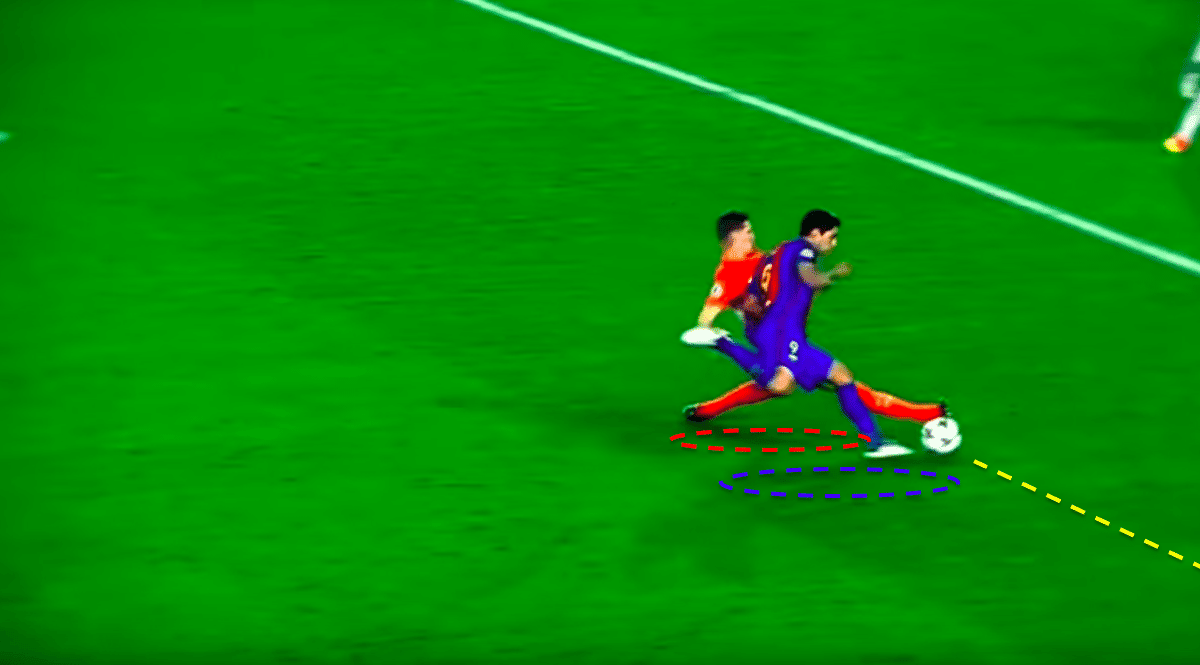 And the Manchester City defender appears to have had this trick as part of his defensive arsenal throughout his career, having also pulled it out while he was at Everton. 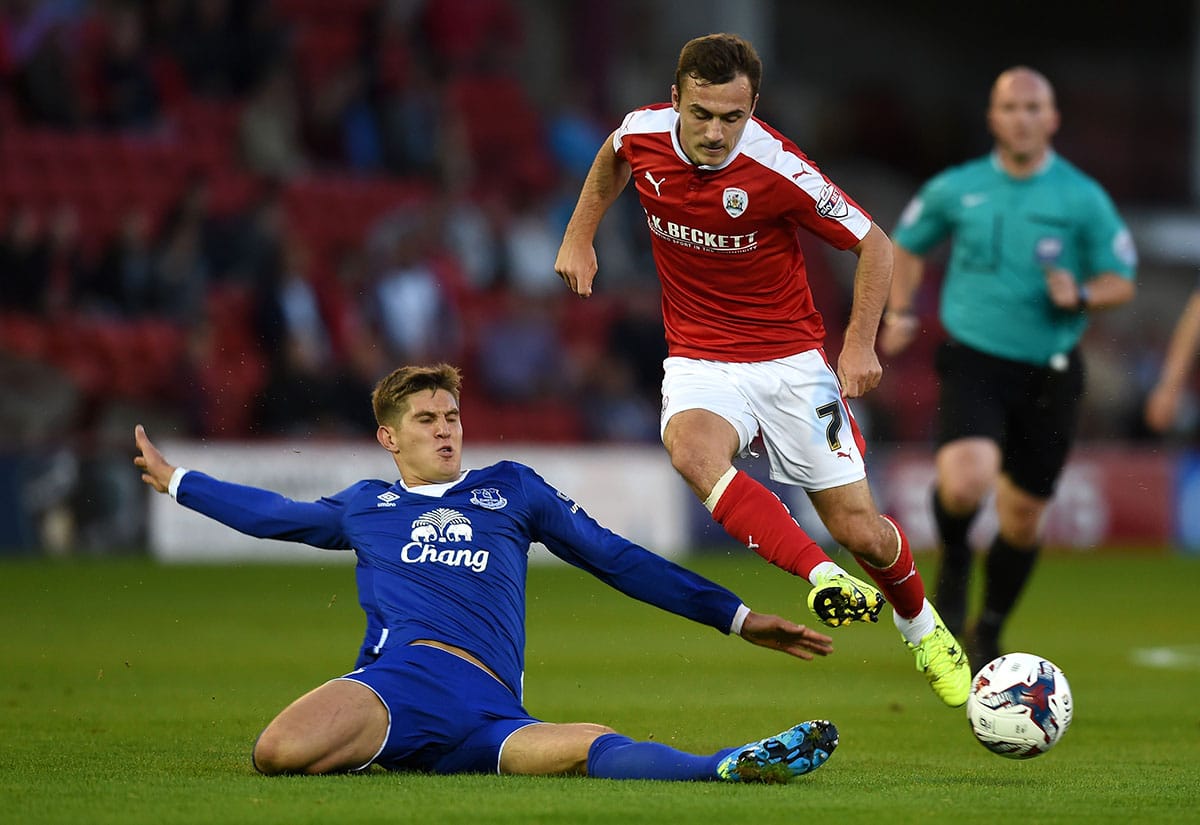 However, at City it’s far more frequent, and he’s a far better judge of the speed, timing and angles in his slide challenges.

It’s not as if he exclusively makes slide challenges with his near foot, though. He shows an impressive knack at picking the right leg to go for, as if he’s weaned himself off the comfort that the traditional approach brings and instead goes for whatever option will be most effective.

It's strange to think that Stones, a defender often accused of being weak defensively and prone to overcomplicating things on the ball, is an example of cold, business-like efficiency in this most old-school part of defending.