There are similarities in the way John Souttar and John Stones have developed. Both emerged as teenagers – Souttar broke out at 16 and Stones made his debut for Barnsley at 17. Both also spent their formative years earning praise for their technical ability and criticism for their occasional defensive lapses.

Now, thanks to the guidance of their managers at Heart of Midlothian and Manchester City, both are finally maturing into well-rounded centre-backs.

Souttar was noted as one for the future having progressed through Dundee United’s respected youth academy and into the first team at around the same time as Stuart Armstrong, Ryan Gauld and Andrew Robertson, who was brought in from Queen’s Park.

Yet, while the other three earned big moves to Celtic, Sporting Lisbon and Hull City respectively, the young defender turned down a transfer to Sunderland in order to assert himself in the Scottish Premiership.

For a short period, it seemed inevitable that he would come to regret such an admirably long-term approach to his own development. Injuries and being shunted from position to position made it difficult for Souttar to show his class on a consistent basis, even after moving to Hearts and reuniting with Ian Cathro, who had coached him as a youth.

Under Cathro, the capital city club underwhelmed. While their passing was at times excellent, they struggled to restrict the opposition and conceded goals with disappointing frequency. As part of that leaky back line, Souttar suffered a reputational blow. However, since the re-appointment of Craig Levein, he has hit the best form of his career so far.

This season Hearts have been transformed into one of the finest defensive outfits in the Scottish Premiership. They have the second best goals conceded record, behind only league leaders Celtic, and broke a club clean sheets record after going seven league games without conceding.

In the process, Souttar’s defensive numbers have gone up. In 2017/18 he has won more tackles, more interceptions and more aerial duels on average than in 2016/17.

The 21-year-old has often played on the right-hand side of a central defensive three, alongside two highly experienced teammates in 33-year-old Christophe Berra and 38-year-old Aaron Hughes.

With less emphasis on building possession from the back and more of a focus on solid deep defence, the youngster and his older colleagues have been central to the club’s tactical change and resultant revival, forming a compact back line that many opponents have found impossible to break down.

Souttar has credited his own personal resurgence to his new manager and his fellow centre-backs, saying: “When the gaffer came in he said we had to stop losing goals. That’s something we have done lately and we are getting better all the time. We do a lot of work on how the manager wants to play and then on top of that I am learning from Aaron Hughes and Christophe Berra.”

Levein, meanwhile, strongly believes that the player’s progress is enough to warrant an international call-up, telling BBC Scotland: “If there is a better centre-back in the league just now I will be hugely surprised. John's playing at the top of his game. I think he's ready. He's at the point of his career where he feels confident against anybody.

“We all know he can pass and he can play and he can break out of defence but his heading and his general awareness of dangerous situations has improved immeasurably. He is a top, top player. He is excellent in possession, he is one of the quickest players in our team, he is aggressive, he is good in the air – all the things you need as a centre-back and he is playing as well as he has ever played.”

Souttar has played for his country at U17, U19 and U21 level, earning 28 youth caps along the way. And, with five full seasons of top-tier Scottish football under his belt, he is primed and ready for a senior call-up.

New Scotland manager Alex McLeish admits the player is a candidate for his first squad, saying: “Boys like that we have to have a look at. There will be some kids who haven't been playing and we could be going out with some new faces.” 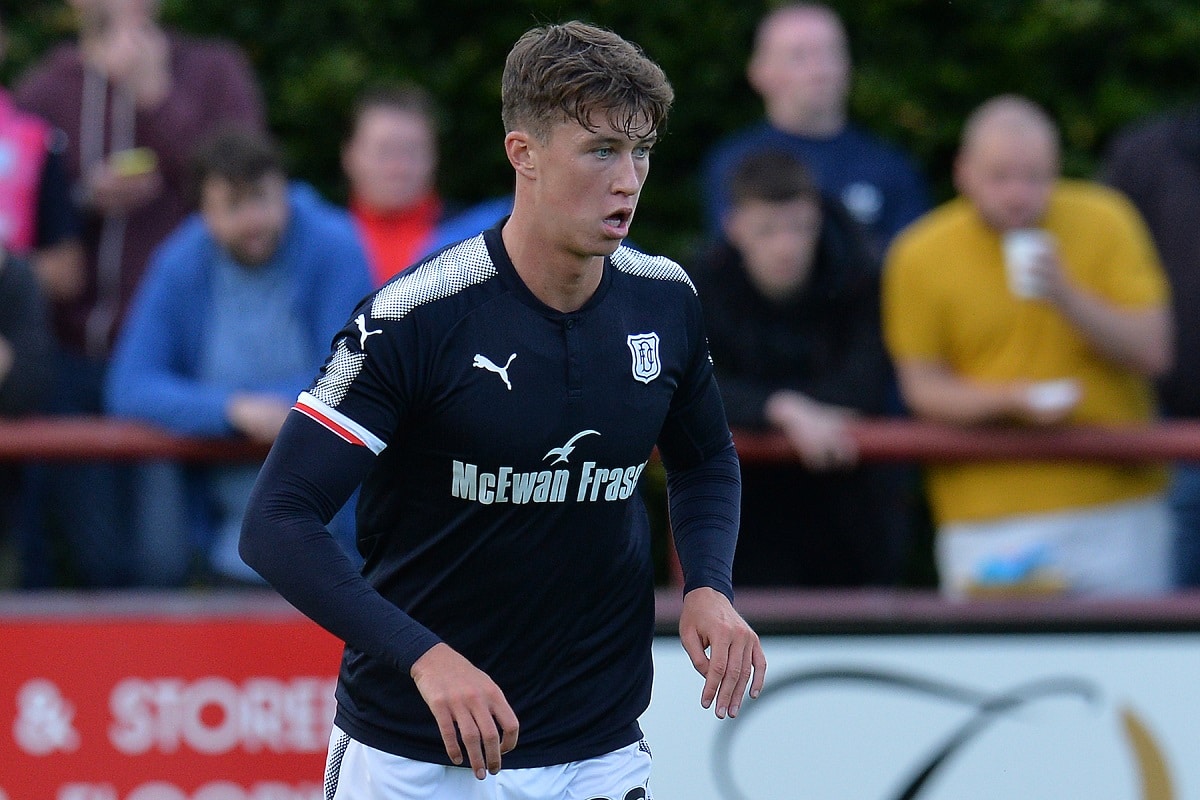 In truth, there will be intense competition for places, especially at the back. Several of the ‘new faces’ McLeish hints at will be central defenders, including 22-year-old Jack Hendry, who recently signed for Celtic, versatile 19-year-old Ross McCrorie, 21-year-old Scott McKenna and 22-year-old Liam Lindsay, who was recently linked with a £6million move to Brighton & Hove Albion after impressing with Barnsley in the English Championship.

Not only are all of these players young, Scottish and centre-backs, but they are also comfortable with the ball at feet. They represent a new generation of talented playmaking defenders that could see a change in the way the Scottish national team attacks. If such change does happen, Souttar, as the most technically proficient of the lot, will undoubtedly play a key role.

In the January transfer window he was linked with a move to Derby County, with reports suggesting a £1million move was in the offing. Ultimately the move didn’t transpire, but it’s hard to imagine Souttar staying in Scotland for his whole career. Down the line, he could well shed the Stones comparisons and join his English ball-playing peer in the Premier League.