Heading into the 2019 summer transfer window, Joelinton was an intriguing prospect for clubs across Europe.

The Hoffenheim forward impressed during his first full campaign in the Bundesliga and with Die Kraichgauer entering a transitional period after losing head coach Julian Nagelsmann, creator-in-chief Kerem Demirbay and Nico Schulz, the 23-year-old was attainable.

His price tag? £40million. Steep for a forward who struck just seven goals in the German top-flight last term. Joelinton would be something of a gamble, one only a select few could take

Newcastle took the risk. The Magpies broke their transfer record to fill the Salomón Rondón-shaped void in their attack. The Brazilian could play the Rondón role, acting as a backboard for attacks and being the focal point of the team.

But at Hoffenheim, Joelinton proved he can be so much more. He was the quintessential modern-day No.9 for the Germans: he dropped deep, drifted into wide areas and linked play.

He also possessed great energy. Similar in many ways to his compatriot Roberto Firmino, there was a robustness to his game that was combined with German efficiency.

Joelinton showcased all of that against Tottenham as the Magpies registered their first win of the season under new boss Steve Bruce.

It wasn’t a pretty performance from the away side. Spurs dominated the ball and finished the game having had 81 per cent possession. The hosts also completed close to 800 passes in total, Newcastle didn’t surpass the 200 mark.

Mauricio Pochettino’s men controlled everything. Everything apart from Joelinton. 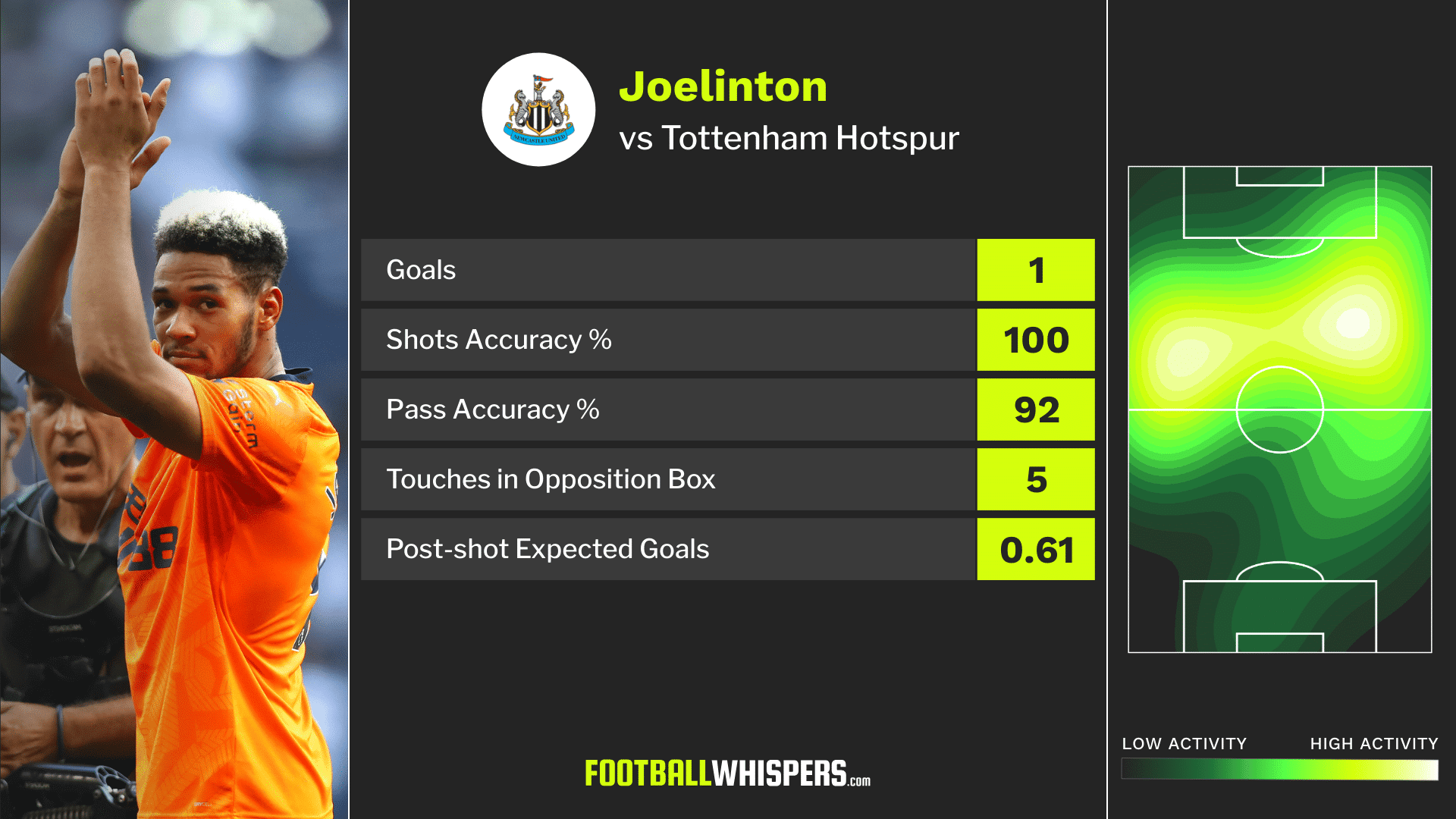 Joelinton touched the ball 40 times and, as his heat map highlights, he was busy across the width of the pitch.

His service was limited, expected away to Spurs, but he made the most of it whenever he did have the ball.

Joelinton landed every one of his shots on target and completed 92 per cent of his passes. The Newcastle No.9 was frugal in possession, just what Bruce needed. The ball stuck to him, passes found their mark and shots tested Hugo Lloris. He couldn't have done any more.

His goal – what turned out to be the match-winner – epitomised Joelinton's game. 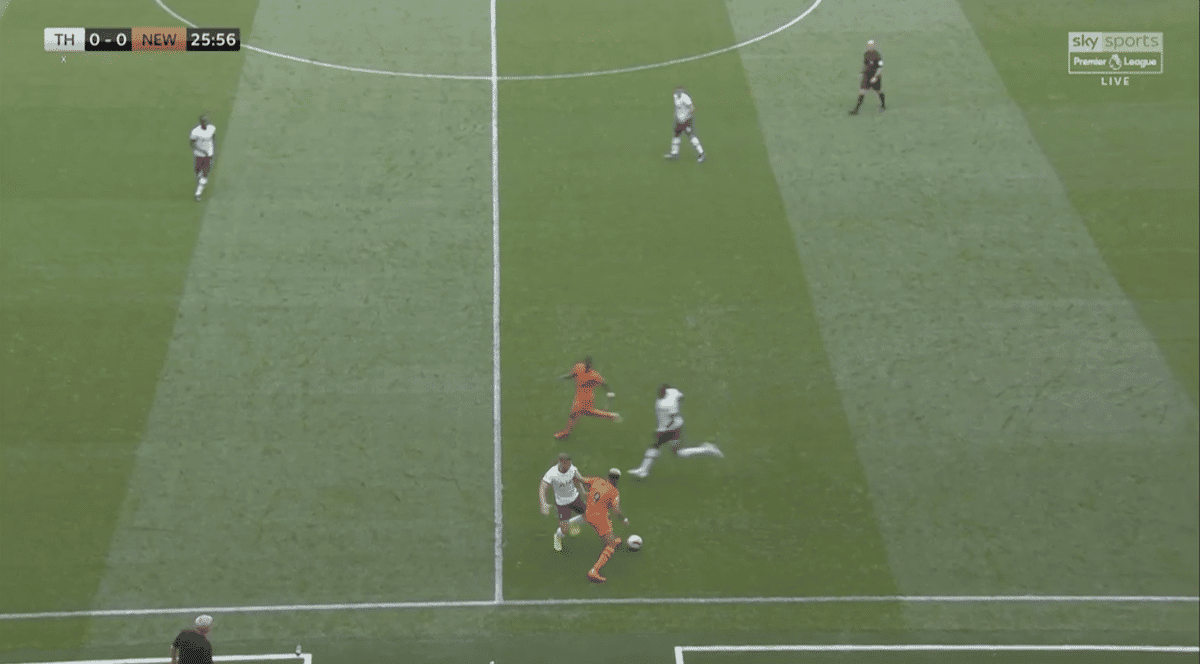 In the initial build-up phase, the forward drops deep, with Alderweireld tracking him.

Joelinton holds off the Belgian centre-back, retains possession and passes the ball to a team-mate. Exactly what he's there to do. 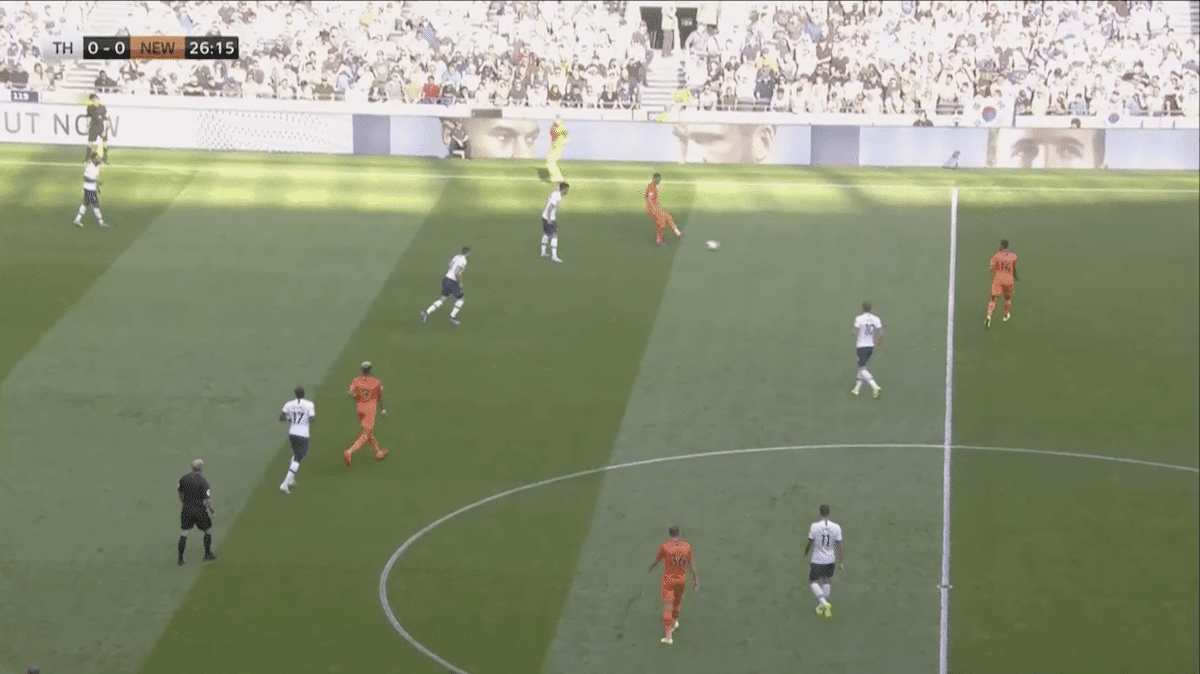 Newcastle work the ball well and have a rare sustained spell of control. In the still above you see Joelinton offering for the ball having drifted inside once again.

This time he's stepped into Moussa Sissoko's area and the Spurs midfielder is forced to track him. 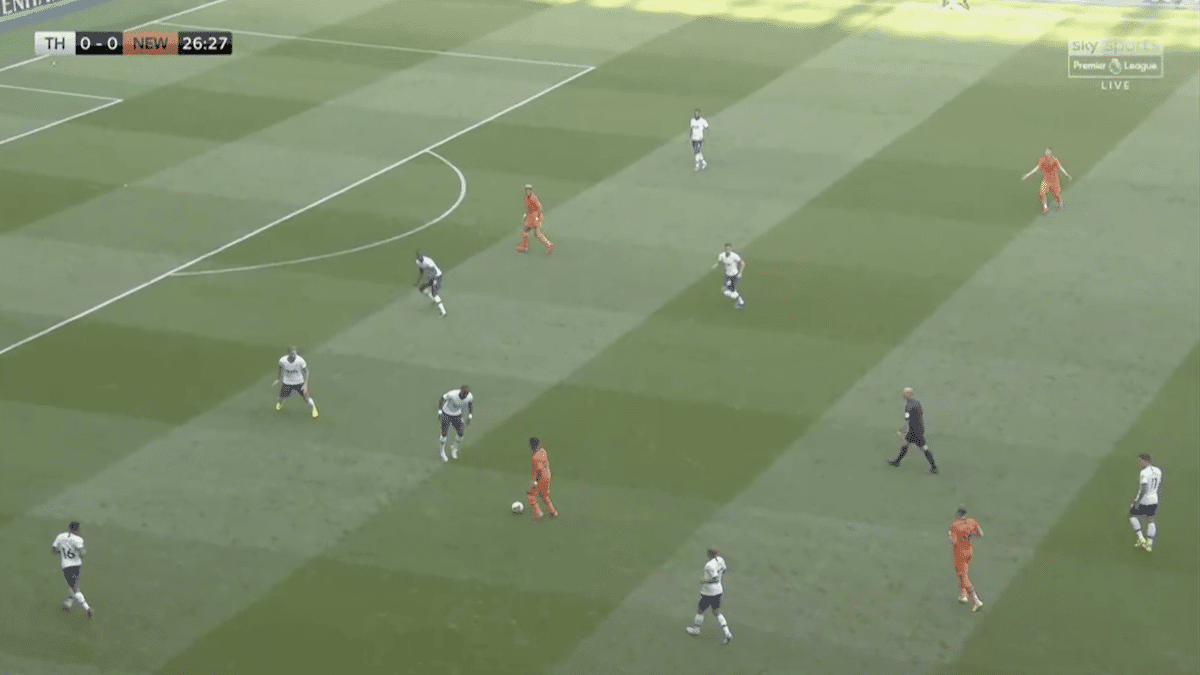 The ball is worked to Atsu and just 12 seconds after Joelinton was annoying Sissoko he's peeled away into space between Sánchez and Danny Rose.

Atsu's pass is perfectly weighted but the centre-back's position makes the chance far easier. Joelinton is able to bring the ball down, compose himself and expertly fire home.

In the space of 35 seconds, the Brazilian went from keeping possession on the left touchline to offering himself for a pass on the right side of the pitch to running into space centrally behind the defensive line.

And while he may not be prolific, Joelinton is a classy finisher.

His expected goals total for the match was 0.29 but his post-shot expected goals total was 0.61. The latter stat takes into account shot location as well as where the effort lands on target. It helps show which players are adding quality to their shots. This stat reaffirms Joelinton's finish was one of high quality.

These sorts of performances from the forward, the ruthlessly efficient ones, could be the difference between a mid-table finish and a relegation battle at St James' Park.

That £40million will look like a bargain if he continues to impress.