Manchester City are in desperate need of at least one new centre-back this summer. Swansea City defender Joe Rodon might not have been what most City fans had in mind, though.

Unable to replace Vincent Kompany after the legendary defender announced he was returning to Belgium, City's powerbrokers baulked at the £80million Leicester City quoted for Harry Maguire.

Things turned from bad to worse when Aymeric Laporte suffered knee ligament damage at the end of August, an injury he only returned from on January 21. 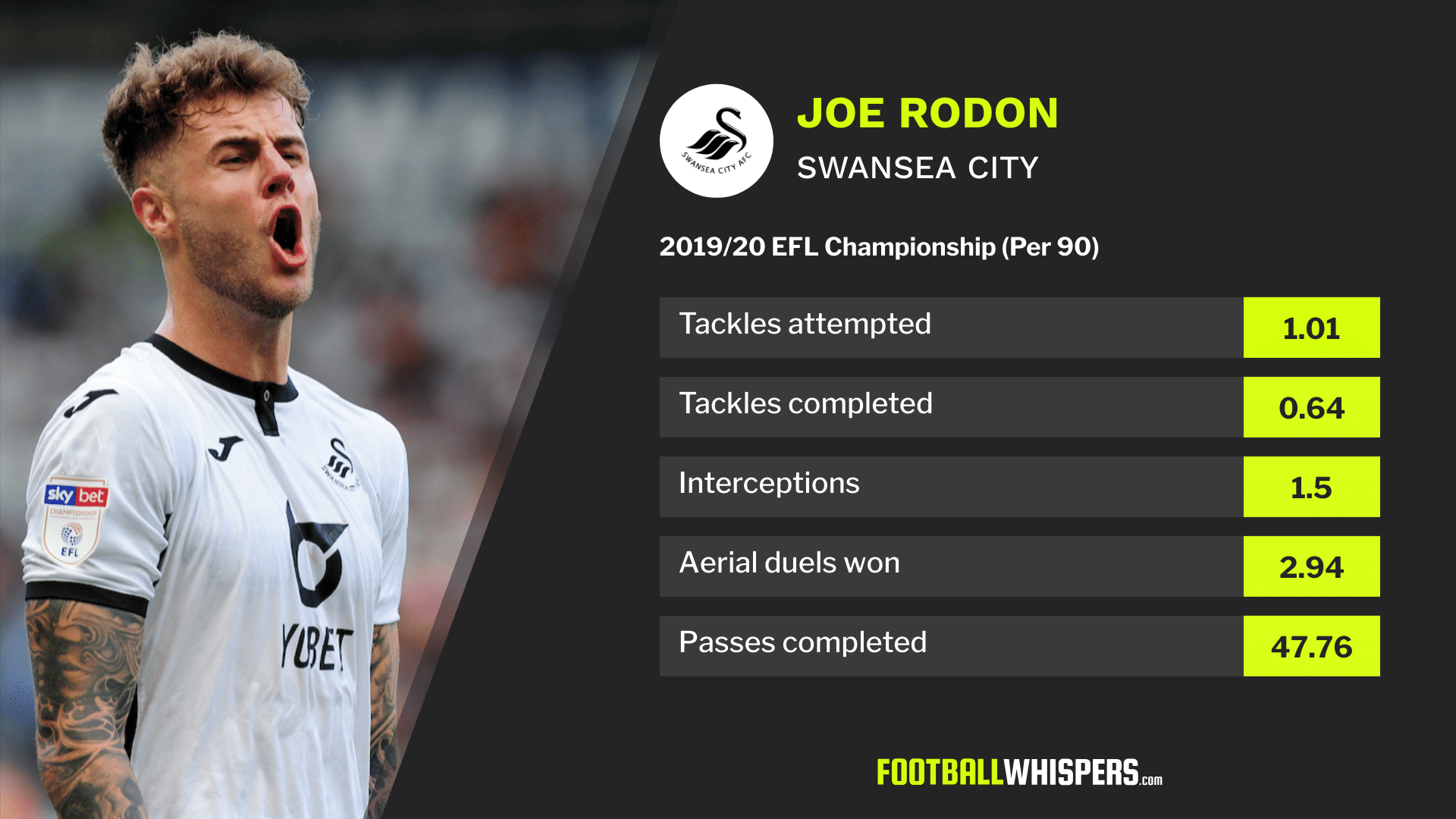 With Nicolás Otamendi this season proving beyond all doubt he cannot be relied upon and John Stones in and out of the side due to a combination of form and fitness, the Citizens look set for a defensive overhaul.

Given their wealth and the allure of working under Guardiola for the three-time Premier League winners, you might expect their ambitions to be a little less modest than a Championship defender. But Rodon is special.

Swansea City coach Steve Cooper believes the 22-year-old is up there with the very best the division has to offer.

“He's been as good a centre-back for me (as there is) in the league until he got injured,” Cooper said.

“That's with respect to everyone else that's playing. He was having a fantastic season. I can't praise him enough for how he has conducted himself in rehab to get back.

“It's given everyone else a boost because he is a very popular lad.”

Rodon's rise has been remarkable. He is one of a clutch of homegrown youngsters who have benefitted from the Swans' relegation in 2018. He had been an unused substitute once in the Premier League before the start of the 2018/19 campaign but made 27 Championship appearances.

This season he had been an ever-present before an ankle injury suffered in late October threw a stumbling block in his path. But before that blow, the 6ft 4in defender had caught the eye for Cooper's young side.

So, what makes Rodon so special?

His stand-out quality is his comfort in possession and use of the ball. Given it's Guardiola's Manchester City we're talking about as a potential destination, that is critical. Rodon is 11th among Championship centre-backs for passes attempted (56.95) and completed (47.76) per 90. Of those, almost half (20.54) go forward, which shows Rodon is progressive when on the ball.

That is demonstrated in the series of images below. Having received the ball from goalkeeper Freddy Woodman, he drives into the space in front of him and slides an inch-perfect pass into the feed of Andre Ayew, dissecting Preston North End's midfield with a single ball. 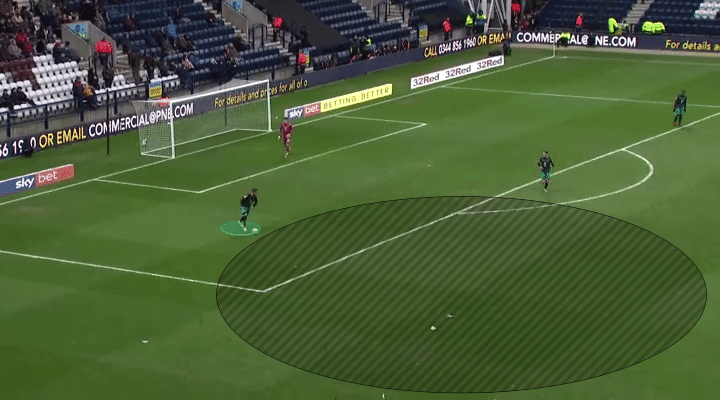 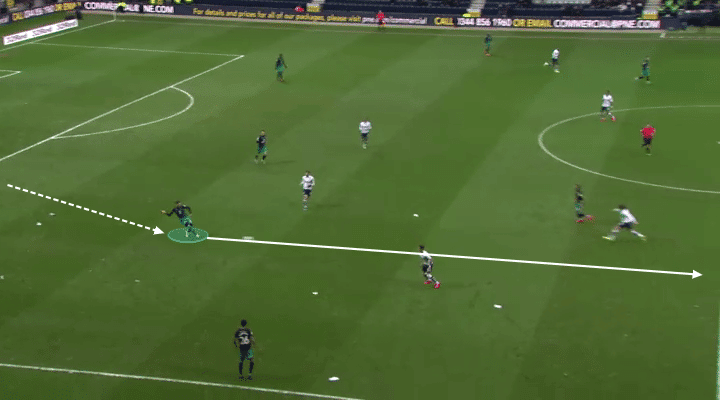 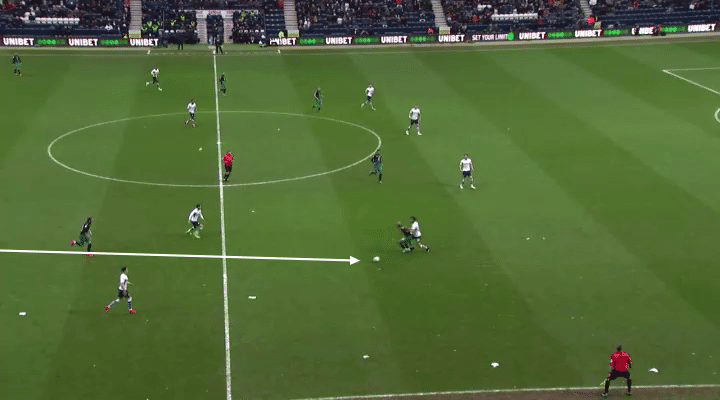 Being good on the ball doesn't mean Rodon isn't an accomplished defender – something which will be a relief to Guardiola given his frustrations with Stones. Unsurprisingly given his height, he is aerially dominant winning 2.94 aerial duels (per 90). He reads the game well and can shift quite quickly despite his size.

In the image below, taken from Swansea's 1-1 draw with Barnsley in October, Rodon is more alert to the danger than team-mate Bersant Celina (10) and realises Dimitri Cavare (12) has made a dangerous overlapping run down the right. He goes out to meet the Barnsley full-back and nicks the ball away. 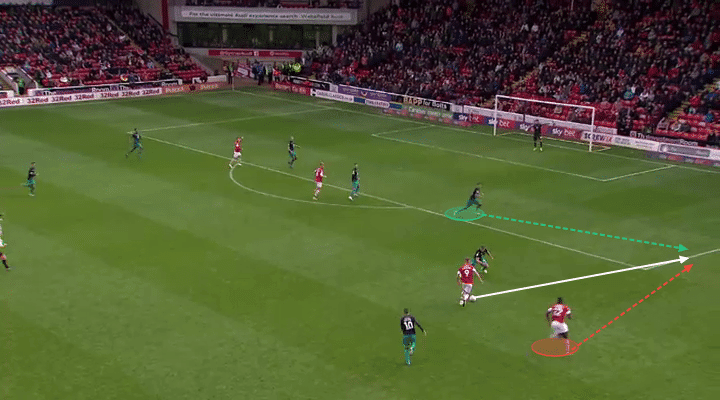 His 0.64 tackles (per 90) might not sound like much but when you consider Rodon only attempts one challenge per 90, a 64 per cent success ratio is impressive and speaks for his reading of the game and timing in the tackle. More pertinent is the fact he completes 1.5 interceptions (per 90). Guardiola, after all, famously does not ‘train tackles'.

On paper, then, Rodon has all the physical and technical attributes to make it at a higher level. Indeed, he has already begun his ascent by earning four caps for Ryan Giggs' Wales with a Croatian side replete with Luka Modrić, Ivan Perišić, Mateo Kovačić and Marcelo Brozović the most illustrious he has faced so far.

Interest, according to Swans boss Cooper, is ‘inevitable'.  “If you do well at this stage and you're young and you've got time on your side it's inevitable that you're going to be linked but it's way too early to be talking about things like that too much,” Cooper said when asked about speculation linking Rodon with Manchester City.

The last player the Citizens signed from Swansea was Wilfried Bony. Rodon has the quality to ensure a far greater legacy at the Etihad Stadium.