Pep Guardiola had made it clear he wanted a goalkeeper who was able to play a role in the passing game he wants to instil in the Premier League side. Having used Víctor Valdés and Manuel Neuer in that same role, the coach is continuing that philosophy with Claudio Bravo, leaving England man Hart surplus to requirements.

Chilean Bravo had not yet arrived by the time of the Steaua fixture, but everyone at the Etihad Stadium that night knew this was goodbye. City's 1894 Supporters' Group unfurled a banner, which read ‘A Good Hart These Days is Hard to Find' – a play on 80's pop icon Feargal Sharkey's hit, A Good Heart.

Meanwhile, fans sang ‘Don't sell Joe Hart!' (to the tune of Billy Ray Cyrus', Achy Breaky Heart) throughout the game. The man himself responded by blowing kisses towards them, then penned an emotional farewell post on his Facebook page.

After ten years in which he had pulled on the City shirt almost 350 times, Hart was left looking for a new club as the likes of Everton and Sunderland were touted as possible destinations. Yet, if the fact he would be leaving Manchester was no secret, a deadline day move to Torino came as a major surprise.

Serie A has undoubtedly lost the allure that once tempted the likes of John Charles, David Platt, Paul Gascoigne and Des Walker to swap England for Italy; the league struggling to compete with La Liga and the Premier League when it comes to attracting star names. But even when it does, players with international reputations are almost certain to choose from the same handful of clubs: Juventus, AC & Inter Milan, AS Roma, and Napoli remain the usual suspects. 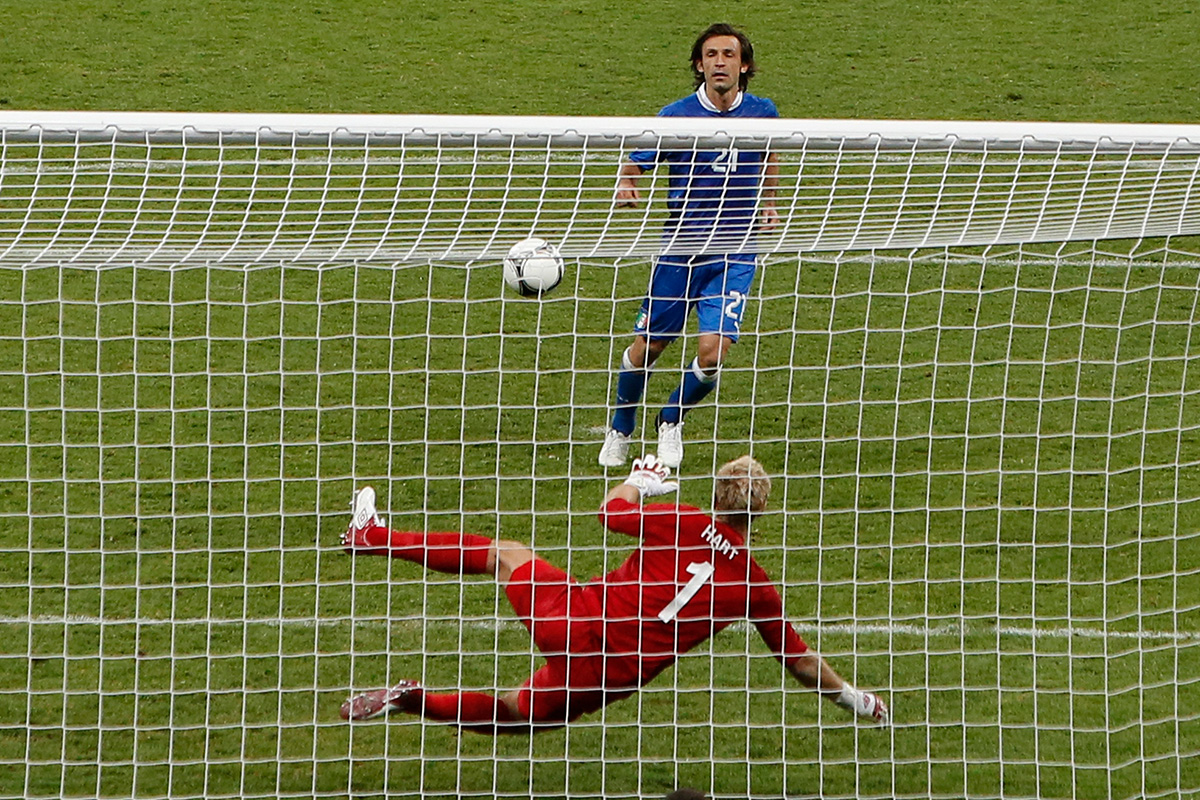 But once upon a time the Granata not only held their own against those big name sides, they rode roughshod over them. In the 1940s this was the club to fear; winners of five consecutive titles with even The Second World War barely able to slow their relentless march to glory. Led by their captain, Valentino Mazzola, Il Grande Torino racked up records at an astounding rate, the team writing a legend that would live forever.

Even death – a tragic, untimely and unforeseen accident – could not erase what the team meant to the city and their supporters. On 4 May 1949, the team were flying home from a friendly fixture in Lisbon when the pilot of the jet became disorientated in fog around the hills of Turin. The off-course plane struck the Basilica di Superga, tragically killing every passenger on board – and in one moment destroying arguably the greatest team in the history of the sport.

Just nine years later, the 6 February 1958 The Munich Air Disaster carried ghostly echoes of the Turin disaster – 23 of 43 passengers on board Manchester United's return flight from Germany were killed, including seven members of ‘Busby Babes' side.

But like Busby's Babes, the Torino victims were never forgotten. Banners proclaiming their greatness are present at every home game, and the club has recently begun to renovate the ground on which these giants of the game once trod. The Stadio Filadelfia had previously been just a glimpse into the past, its old concrete stands crumbling and the field overgrown, but now it is set to stage youth team games as a thoroughly modern venue.

Erroneously referred to as ‘minnows' in some reports, Torino are no such thing and have hopes of returning to challenge their neighbours Juventus in the upper echelons of Serie A. This is where the signing of Hart begins to make sense – the 29-year-old answers many of the questions that are raised by the club's ambitious plans.

This summer saw Giampiero Ventura move on to take the Italy job after five years in charge, the coach having re-established the side as a top-flight force and helping to develop some excellent young players. Ciro Immobile finished the 2013/14 season as the league's top goal scorer, while the likes of Matteo Darmian, Bruno Peres and Angelo Ogbonna all secured big money moves to other clubs.

When Ventura decided to move on, Torino moved to shake up the team and made wholesale changes to the squad, shipping out their most influential players. Captain Kamil Glik was sold to AS Monaco, Nikola Maksimović to Napoli and Peres to AS Roma, while in their place come a raft of men with much to prove after injury or misfortune had derailed previously promising careers. 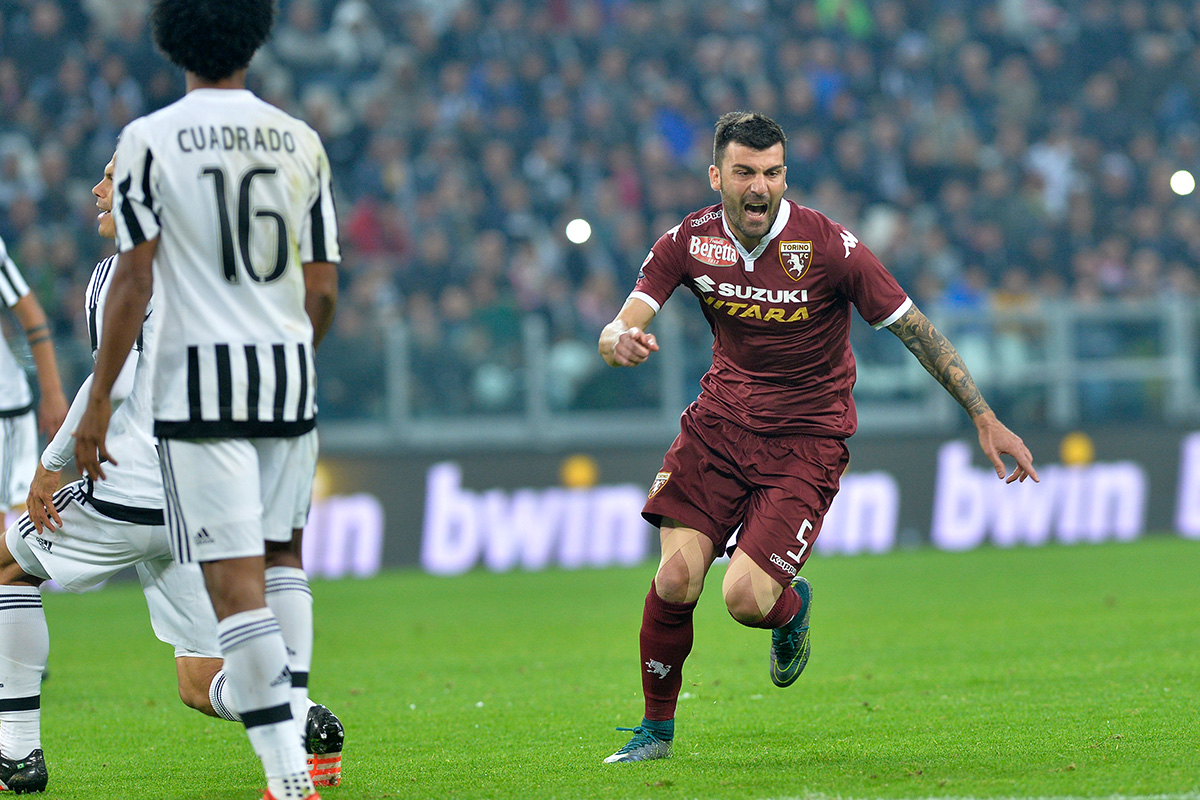 Leading the way is new coach Siniša Mihajlović, fresh from a disappointing campaign in charge of AC Milan. He has abandoned the three-man defence that was a Ventura hallmark, instantly putting his stamp on the team with a new-look back four that embodies Toro's fresh approach.

Central defender Leandro Castan is a prime example; a player who had shone at Roma before he was forced to undergo surgery to remove a cavernoma (a cluster of abnormal blood vessels) from his brain in December 2014. He has played just five games since then, but made his Torino debut in last week's 5-1 win over Bologna, featuring alongside Lorenzo De Silvestri who is now fully recovered from a torn anterior cruciate ligament.

The list goes on, but one player Mihajlović was seemingly unwilling to trust was Daniele Padelli, a goalkeeper who had impressed enough under Ventura to regularly be called up to the Italy squad. Mihajlović did much the same at Milan, dropping former Real Madrid stopper Diego Lopez in favour of 17-year-old Gianluigi Donnarumma.

Like Castan and De Silvestri, the Englishman needs to rebuild his reputation, but his standing in the game will attract far more attention for the club who finished 12th in Serie A last season. The club have been swamped by countless interview requests for their latest addition, the majority of which can be expected to remain unfulfilled.

“Everyone is crazy about Joe Hart,” proclaimed the front page of Wednesday's Corriere dello Sport; the move gaining major coverage in all of Italy's top newspapers and on television stations. The club's President Urbano Cairo labelling his new man ‘a world-class goalkeeper', adding that ‘being able to sign him is a source of great satisfaction for us, and is testament to our ambition to build a stronger and more competitive team'.

Like his new club, Hart is hoping that making a bold move to rediscover former greatness. The international break means he will not play at the Stadio Olimpico in Turin until 18 September, and when he does he is sure see a familiar sight to those on the Curva Maratona, a banner that never fails to appear. ‘Forza Vecchio Cuore Granata' it reads, the words part of the club's hymn which are bellowed out by the supporters after the starting XI has been revealed by the stadium announcer.

‘C'MON OLD GRANATA HEART' they implore, a link to their glorious past sung in hope of inspiring today's team to victory. While it is unlikely that there will be anyone quoting Feargal Sharkey lyrics in his honour, if Joe Hart can help reverse both his own fortunes and that of his new team, there might soon be a play on those famous Torino song words, instead.