Burnley have won three Premier League games in a row since dropping Tom Heaton… the jokes really write themselves.

“Oh, Burnley are winning since Hart’s been dropped, I wonder if the two are linked?” is said with a knowing glint in the eye, a smirk on the lips. And an unawareness that of open-play shots on target worth 40.29 expected goals, Hart conceded 38.

Of course, very few people have access to these statistics and two goals saved is less impressive when a goalkeeper has faced so many shots. So while it’s a good effort, it means Hart has ‘only’ conceded five per cent fewer than expected.

Saving record is positive, but slightly less impressive than it first seems

Heaton has come into the Clarets side at a time when, as a team, they’ve been improving defensively.

Despite facing tough opponents, Sean Dyche’s men haven’t conceded chances worth more than two expected goals in any of their past seven Premier League games; they’d been leaky enough to do so in ten of their first 15.

There’s an argument that Heaton knows the defence better and may well be a better communicator and organiser than Hart.

And Heaton did keep a clean sheet on his Premier League return, a 2-0 win against West Ham United, despite facing 1.74 expected goals worth of chances.

Uncharacteristically for Burnley this season, the Clarets had a legitimately good attack in Heaton’s first two games back, against the Hammers and Huddersfield.

They created open-play chances worth over two expected goals, which they’d done just twice in the 19 Premier League fixtures before that. 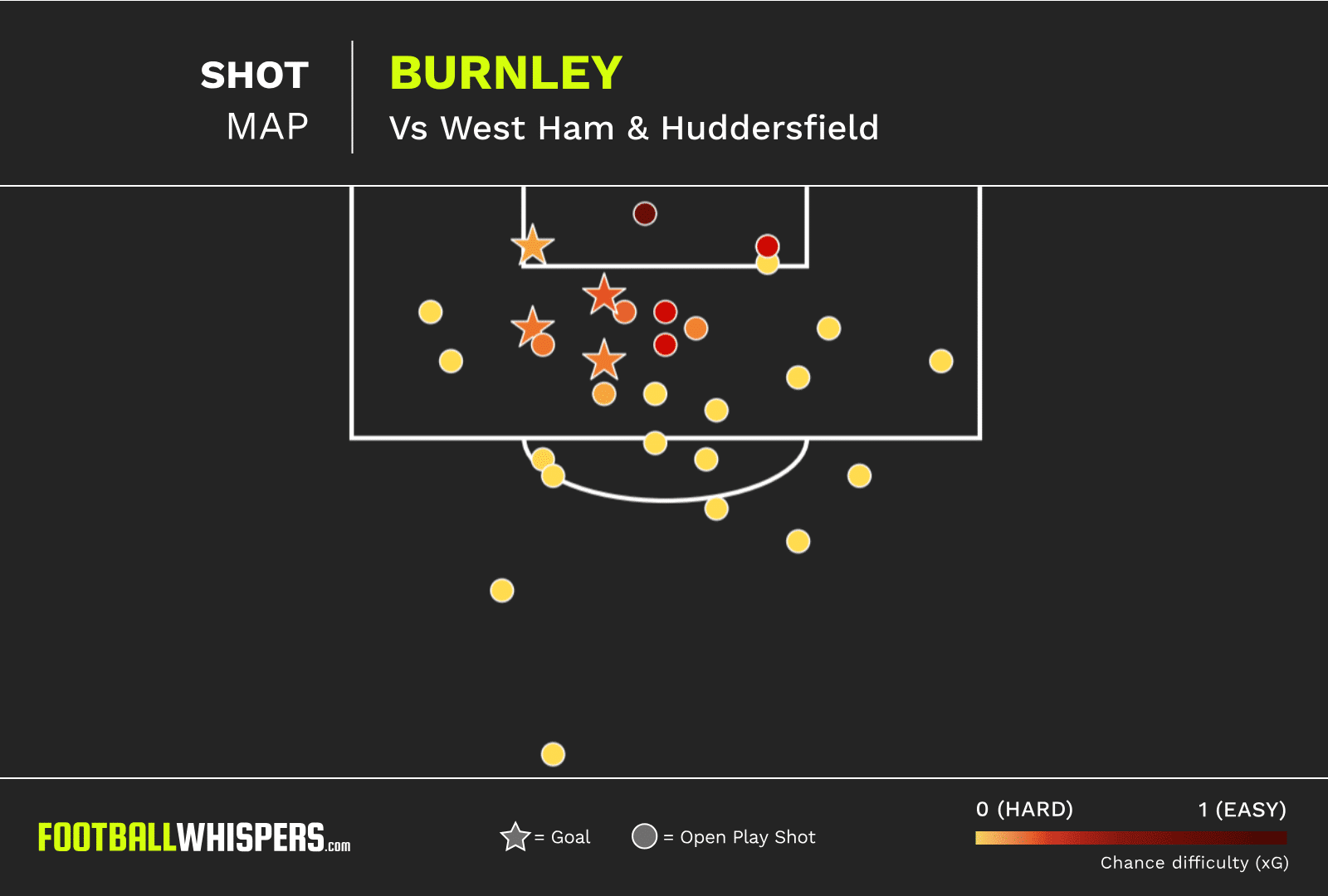 That greater attacking threat vanished a little against Fulham, but when you’re on the lucky end of two own goals in three minutes, you don’t really need your strikers to turn up.

So was the problem Hart all along? The answer is no. There's no denying that Heaton is a good goalkeeper but to pin Burnley's change in form on his return to the line-up is missing a lot of what's going on.