Jimmy Hogan’s playing career had been fairly modest: born and raised in Burnley, he turned out for his local team and had spells at Fulham and Bolton Wanderers. As a modestly talented inside-forward, it was Hogan’s thirst for self-improvement which first sparked his coaching interest.

Hogan played during an era in which training with the ball was seen as detrimental, as Jonathan Wilson writes in his excellent history of football tactics, Inverting the Pyramid: “Players were expected to run, perhaps even practise their sprints, but ball-work was seen as unnecessary … Give a player the ball during the week, ran the reasoning, and he would not be so hungry for it on a Saturday.”

The flaws of this logic are blatant within a modern context, but Hogan was the first man to buck this trend, emphasising the importance of developing an individual’s ball control and technique as a means to improving a team. And he saw the continent, where he believed players to be more studious, as the best place to ply his trade. 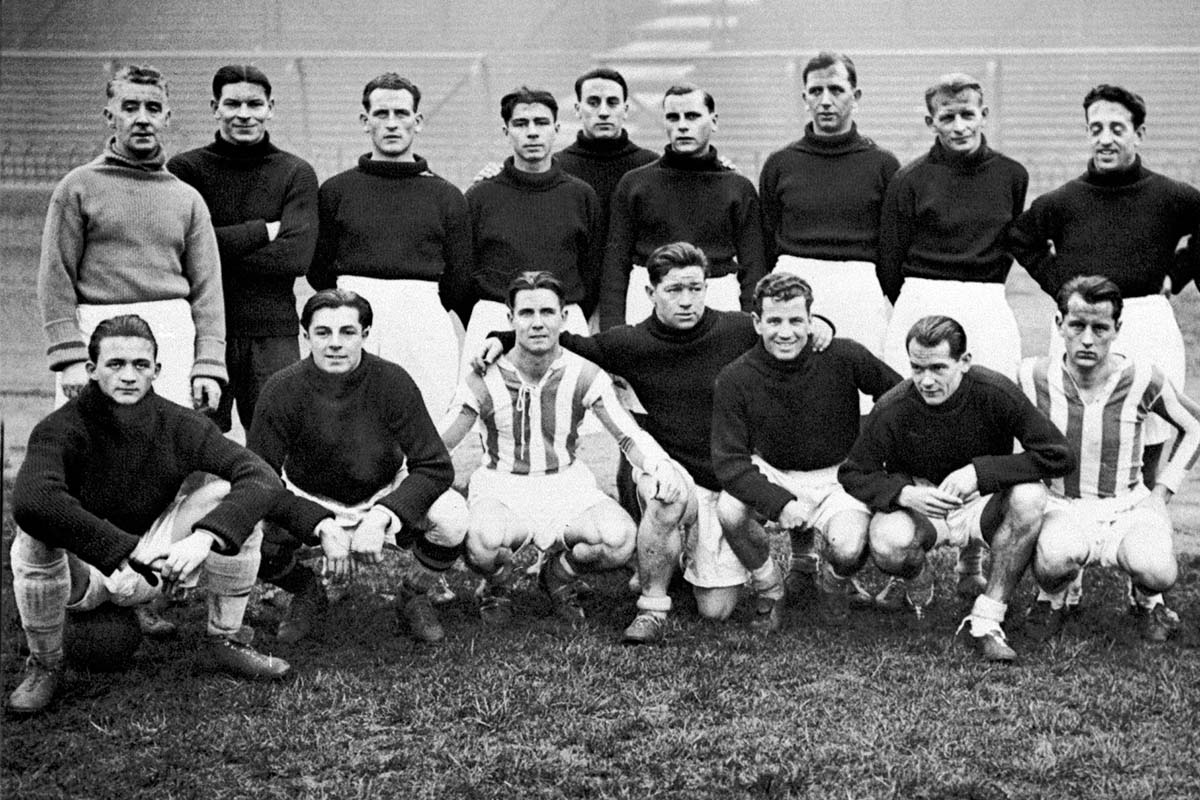 In a managerial career that started in Holland with Dordrecht and the national team, then moved around central Europe and France, before finishing in England, Hogan’s greatest success in terms of trophies came with Hungarian side MTK. Hogan won two league titles with the Budapest side in 1917 and 1918, laying the foundations for MTK’s nine-year monopoly of the Hungarian championship.

But Hogan’s success cannot be measured in trophies alone. Perhaps his greatest achievement was the role he played in crafting one of the greatest national sides on the 1910s. Hogan acted in a consulting role for the Austrian team in the build up to the 1912 Olympics. Working alongside the legendary Hugo Meisl, Hogan’s commitment to possession football and revolutionary training methods helped the Austrian’s defeat West Germany 5-1 before being eliminated by Holland in the quarter-final.

So impressed with Hogan’s impact was Meisl, that he hired the Englishman to prepare the squad for the 1916 Olympics, as well as to put on coaching sessions for all of Austria’s top club sides. But the First World War put paid to Hogan’s designs on Olympic glory, turning his Austria side into one of football’s great “what-ifs”.

Hogan’s approach at the time was unique. Although bred in the English push-and-run style of play, the Lancashire-born coach was an advocate of the Scottish short-passing style which had developed north of the border.

Although he held no romantic view about which style represented the “right” way to play the game, Hogan was a pragmatist and firmly believed that controlling possession was the best way to win matches. He coached his teams to utilise a short-passing strategy, with the occasional use of a long-ball as a means to unsettle the opposition defence.

Hogan was also a strong believer in putting faith in young players. During his spell in charge of MTK, many of his senior players were fighting in the war, so he turned to enlisting young players as a way of rebuilding. “The great advantage which continental football has over British soccer,” Hogan said, “is that boys are coached in the art of the game at a very tender age.”

Through a 29-year managerial career — with pauses only for a short return to playing with Bolton and the First World War — Hogan spread his coaching philosophy far and wide. In a time when continental travel was more arduous that it is today, Hogan’s dedication to placing himself wherever he felt his skills could best be appreciated was commendable.

And aside from the clubs he was in charge of, in both Austria and Germany his footballing knowhow was is wider demand. In Austria, he would lead training sessions for multiple clubs, and in Germany, Hogan undertook a lecturing tour in which he’s spread the gospel of his methods and philosophy. 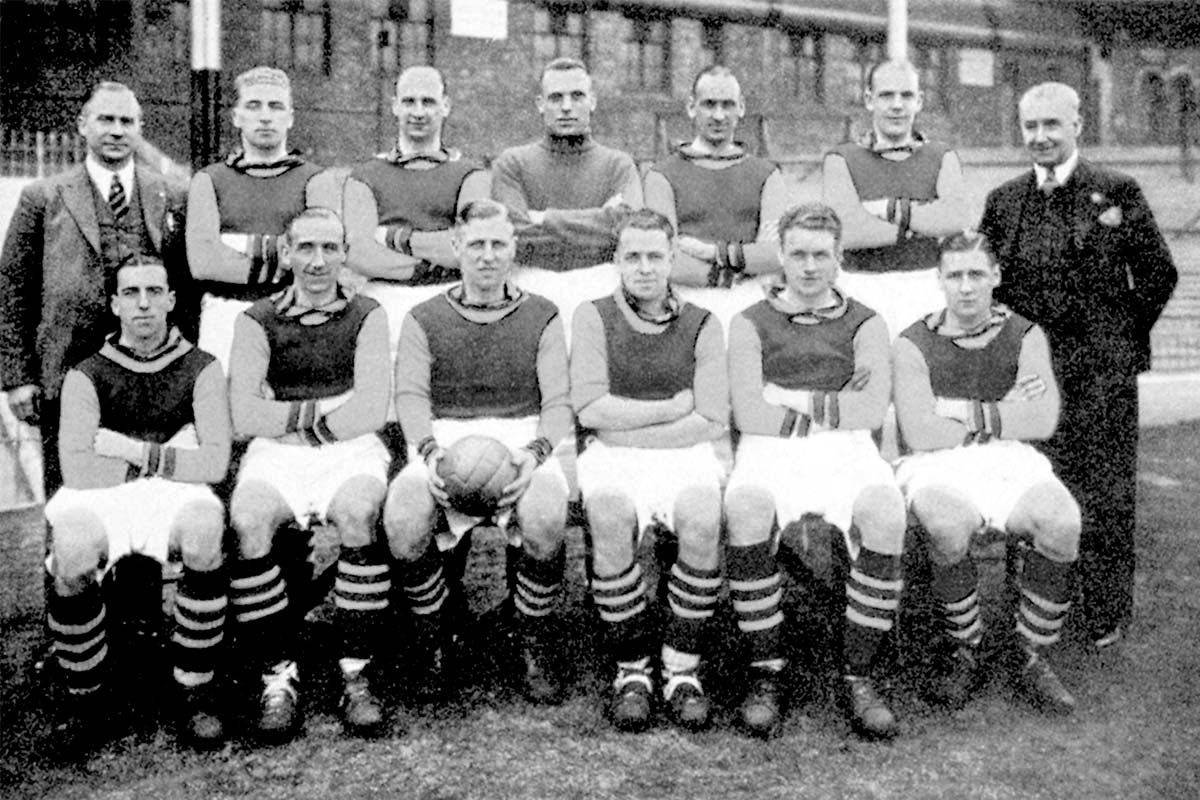 Throughout central Europe, which became the home of avante-garde, expressive football through the 1930s, ‘40s and ‘50s, Hogan’s influence cannot be understated.

“We played football as Jimmy Hogan taught us,” said Gusztáv Sebes, coach of the great Hungarian national side of the 1950s, who famously battered England 6-3 at Wembley in 1953. “When our football history is told, his name should be written in gold letters.”

His work with Austria laid the foundations for their Wunderteam of the 1930s, who played the kind of beautiful passing football which Hogan preached. And West Germany’s 1974 World Cup winning coach Helmut Schön played for Hogan at Dresden SC.

Hogan’s influence also spread to South America. One of his senior players and, ultimately, his successor at MTK was Dori Kürschner, achieved great success in Brazil where he introduced European-style tactics.

With a career which peaked over a century ago, and without any major success in the country of his birth, it is easy to understand why Hogan is not a household name.

But few English managers have ever influenced and innovated football in the way Hogan did. His work in Austria, Hungary and Germany would influence some of the game’s greatest ever teams. His philosophy set a rudimentary template which was picked up and developed by modern greats such as Johan Cruyff and Pep Guardiola. And for that, Jimmy Hogan is more than deserving of his place on this list.