Born in Essex in 1940, James Peter Greaves went on to become one of the greatest goal scorers ever in the history of the English game. His incredible ability to find the net saw him make a name for himself, not just on these shores, but across Europe too.

The ultimate goal-scoring machine, Greaves still remains the highest scorer in the history of English top-flight football and has also netted more hat-tricks for England than anyone else.

He currently stands fourth in the list of the Three Lions’ most prolific international marksmen with 44 goals from just 57 appearances, and he is also Tottenham Hotspur's highest ever goal-scorer, having found the net 266 times during his time at White Hart Lane – not to mention being the First Division's top scorer in six seasons throughout his impressive career.

So deft was the forward when rounding defenders and beating goalkeepers, that his playing style was once described as the football equivalent of closing the door on a Rolls Royce. By his own admission, Greaves didn’t score too many spectacular goals or spend lots of time practicing his finishing, but instead relied on his incredible dribbling ability and a natural instinct when it came to finding the net.

His instinctive and natural gift of being able to put the ball into the net from pretty much anywhere, was all he required to ensure that he is still remembered for his goal-scoring prowess.

There is little footage of Jimmy Greaves beating keepers with shots from outside of the penalty area or with spectacular volleys or towering headers, but there are plenty of clips showing him rounding defenders or goalkeepers before tapping home from close range, and that ultimately sums up the kind of player that this terrific forward was.

Between his Chelsea debut in 1957 and his final game for West Ham United in 1971, Greaves scored a staggering 422 goals in 602 club appearances, a figure that underlines his status as one of the greatest players England has ever produced.

After making his first team debut at the age of 17, Greaves hit 100 league goals before his 21st birthday and, despite only spending four seasons at Chelsea, is placed seventh in their all-time scoring charts with 132 goals in 169 games. The 41 goals he scored in the 1960-61 season remains a top flight record for the Blues.

After a brief stint with AC Milan, Greaves joined Spurs in December 1961  for a fee of £99,999. He took no time to settle under legendary manager Bill Nicholson, scoring a hat-trick on his debut against Blackpool and striking up a deadly partnership with Bobby Smith. 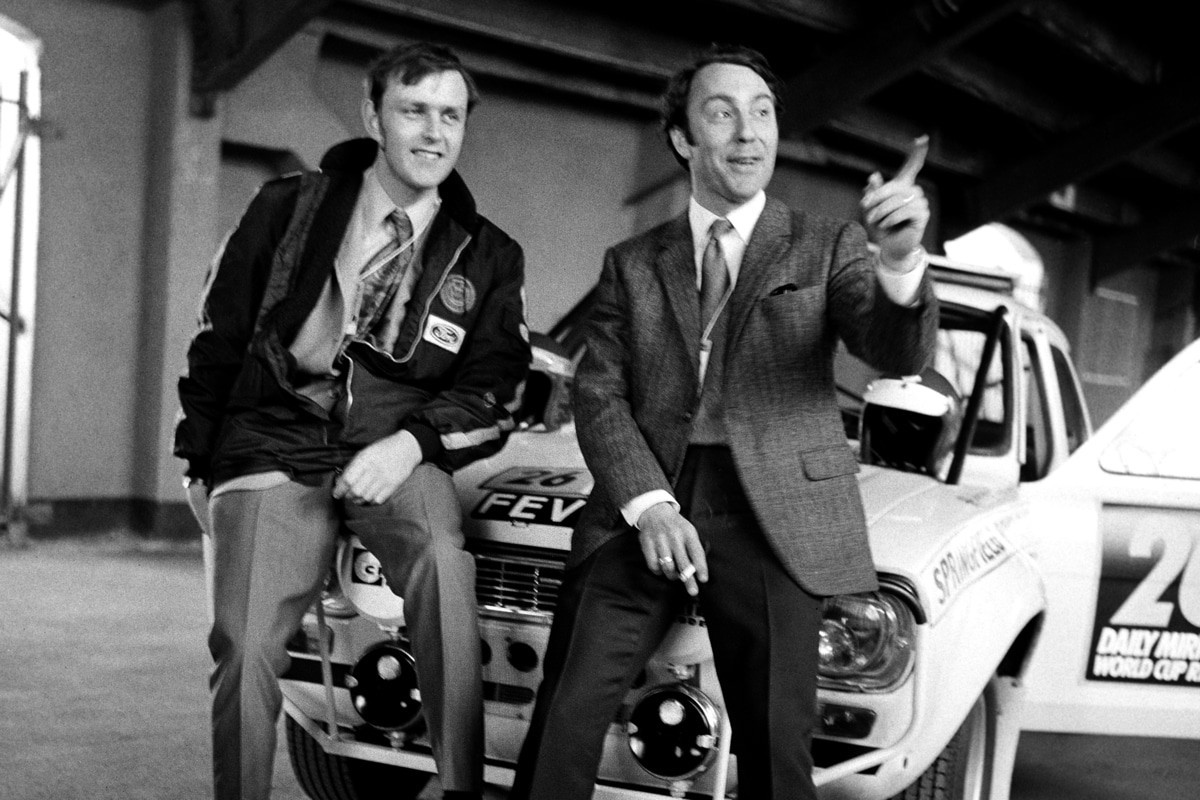 The much-loved striker would end up netting 266 times during a glorious nine-year stint at Tottenham, becoming their all-time leading scorer and winning two FA Cups and a European Cup Winners’ Cup in the process, ensuring he will always be remembered as one of the club’s all-time greats.

During his time at Chelsea and Spurs, Greaves was the First Division top scorer in six separate seasons, something that has never since been equalled. The stats are all the more impressive considering he retired at the age of 31 and his final season with West Ham was the only full season of his career in which he did not reach double figures, scoring nine goals in 34 appearances.

While many believe the Londoner to have been something of a failure in Serie A, he did, in fact, manage to score nine goals in 12 games against against the sort of defensive systems that he hated and would ultimately lead to his swift return to England.

His international career was just as littered with goals as his club days. Greaves scored 44 goals for England, meaning he sits behind Bobby Charlton, Gary Lineker and Wayne Rooney in the scoring charts. 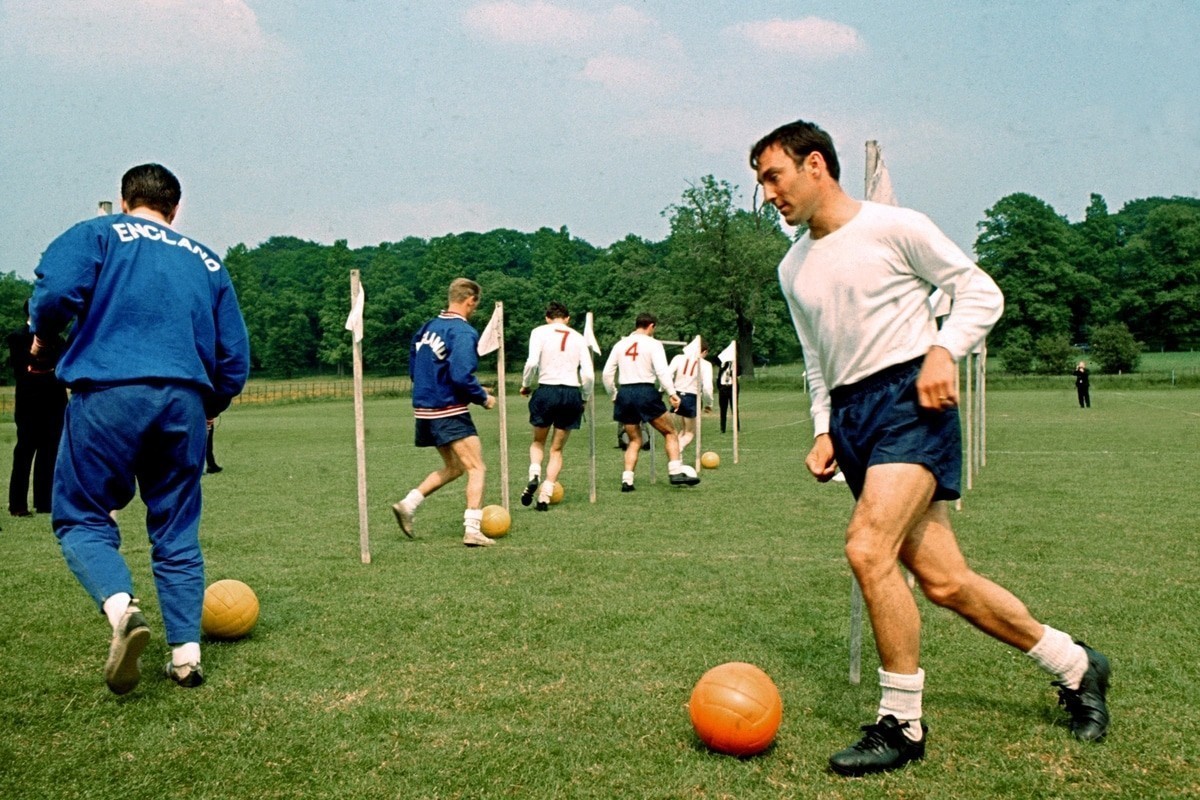 However, his lethal finishing ability is highlighted by a far superior scoring rate to his rivals. Greaves’ goals came in just 57 appearances, whereas Rooney took 100 games to reach the same number. Greaves also scored six international hat-tricks which is still the most of any player in Three Lions history.

When a player has scored so many goals in his career it’s almost impossible to single out one as being the best. But one strike from Greaves in particular even brought high praise from a man who very rarely went overboard when it came to recognising individual achievements – his former boss at Spurs, Bill Nicholson.

When facing Leicester City at White Hart Lane in 1968, Greaves scored a hat-trick, but one goal would be remembered by Nicholson for being particularly special and was a trademark Jimmy Greaves solo effort. Receiving the ball from goalkeeper Pat Jennings on the halfway line, instant control on his instep took him diagonally towards goal where he beat the first man with his deft touch and accelerated past the second with a deceiving swivel and dip of his right shoulder.

Straightening his run, he dragged the ball back and away from the third defender and as it dawned on everyone that they might be witnessing something special; a deathly silence fell across the ground as the crowd held its collective breath.

Greaves was now bearing down on goal, but not before he had drawn in another defender and put him on his backside. By this time young pretender to Gordon Banks’ throne, Peter Shilton, made his move towards Greaves’ dazzlingly quick feet but it was too late, Jimmy casually slid the ball past the prone goalkeeper and it rolled into the net, just inside the post. 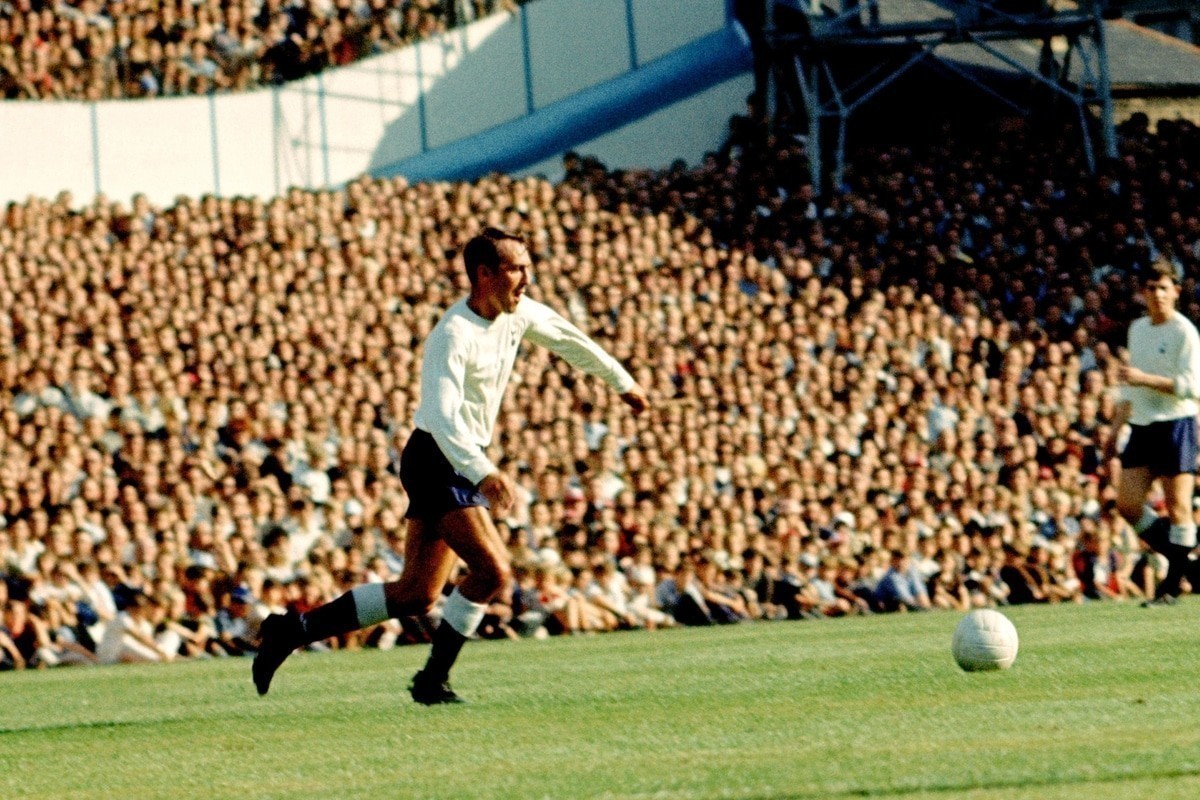 Greaves was a prolific goal-scorer and cited his relaxed attitude as the reason for his assured composure and confidence in front of goal, as he tormented defenders and made fools out of goalkeepers. He was also blessed with fantastic pace as well as great positional skills, dribbling ability and his opportunism inside the penalty area, meaning he is still regarded to this day as one of the best strikers to have ever played the game.

His legacy is enduring and his statistics stand the test of time, even against the greats of today’s game, as he remains the all-time leading goal scorer in Europe’s top five leagues; his 366 goals put him ahead of Germany legend Gerd Muller, Real Madrid’s Cristiano Ronaldo and Barcelona’s Lionel Messi.

England is yet to produce another goal-scorer quite as prolific as Greaves, and stats like this suggest it could be a long, long wait before we see anyone as good as him again.