Both of these sides are locked in what looks like becoming a relegation battle. The three points could be huge, who will get them? Find out with our Jerv vs Haugesund match preview with free tips, predictions and odds mentioned along the way.

Jerv needed extra time in order to defeat Fram Larvik, a team in the 3rd Division, the fourth tier of Norwegian football; they have struggled in their first ever top flight campaign, losing seven times in 10 league games. As a matter of fact, Jerv have lost all of their last five league games; they are without a win in their last seven league games. In comparison, Haugesund have fared better; they are coming off back-to-back wins, and lost just once in their last six games. Considering the form of both teams, we feel Haugesund will take all the points here.

Although Jerv have not scored many goals this season, they haven't had much difficulty conceding; Arne Sandsto's men have no clean sheets in their last six games, with 13 goals conceded in their last four games alone. Just like Jerv, Haugesund have not been able to keep the goals out; they allowed exactly two goals per game on average, no team has conceded more goals in the Eliteserien this season. Because of the way these teams concede, their games tend to be on the high-scoring side; four of Jerv's last five, and six of Haugesund's last nine games went above the 2.5 goal margin. On that note, we should expect some goals in this match.

Here are the key stats & form guide for Jerv vs Haugesund

Jerv are currently sat second bottom and five points south of Haugesund. That said, they have two games in hand over their fourth bottom visitors and with this game serving as another potential three points, there is every chance they can pull out of danger and throw Haugesund into it. This match should contain plenty of fire.

Jerv snapped their five match losing streak by beating 3rd Division side Fram Larvik in the NM Cup; they have not exactly enjoyed their first ever season in the Eliteserien, having won just two of 10 league games. As a matter of fact, Jerv lost all of their last five league games; it'll be interesting to see if they can halt their rotting streak as Haugesund come calling.

Haugesund are coming off back-to-back wins, with no losses in their last three games; they've done fairly well recently, losing just once in their last six games. Haugesund will visit the Levermyr Stadion on Saturday; they'll hope to string up three consecutive wins for the second time in three years.

A quickfire FAQ on Jerv vs Haugesund 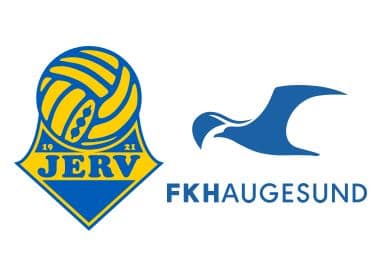