These two sides know each other well from their recent time together in the second tier of Norwegian football but the pair go head-to-head in the Eliteserien on Sunday with both sides in need of a victory. Jerv sit second from bottom of the table with 7ptsd to their name while HamKam are 2pts and three places better off.

This game has the potential to produce plenty of goals due to the fact that both teams have leaky defences. Three of the last four league meetings between these two sides have produced over 2.5 goals, while at least three goals have been scored in five of the hosts' last six outings in all competitions.

We're backing both teams to score this weekend just as they have done in three of their last four encounters in Norwegian football. Jerv have only managed to keep one clean sheet in their last six attempts with both teams scoring in two of their last three outings. Both teams have also scored in four of HamKam's last five competitive fixtures, adding further weight to our prediction.

Everything you need to know about Jerv vs HamKam

Jerv might have had the home advantage against Sarpsborg last time out but you wouldn't have noticed by the way the two teams performed. Sarpsborg took the lead in the 19thy-minute and were 2-0 in front by the time the referee's whistle blew for halftime. The visitors added a further three goals in the second half, two of which arrived in stoppage-time to secure a comfortable 5-0 victory.

HamKam played host to Odd before the international break where goals from Jevtovic and Lauritsen put the visitors 2-0 up at the interval. HamKam needed a quick response in the second half and they got it when just a minute after the restart, Kongsro made it 2-1 after good work from Eriksen. Despite pulling back an early goal, HamKam were unable to carve out an equaliser as Odd pitched a 2-1 victory.

Jerv: Iman Mafi is the main injury concern for the hosts this weekend.

HamKam: Fredrik Sjølstad will miss the game due to a suspension, while teammate Julian Dunn is out for the season with a knee injury. 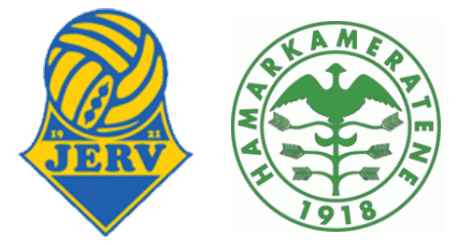