To say Dejan Lovren divides opinion would be an understatement. He's a player of extremes and can go from looking like a reasonably solid centre-back to looking like a Sunday League player inside of 45 minutes.

He returned to the starting XI last weekend against Leicester City and left fans feeling remarkably uneasy after just five minutes due to wayward passes, shanked clearances and mistimed tackles.

However, during Liverpool's 1-1 draw with Spartak Moscow in the Champions League, the former Southampton man looked a more composed and confident. Though the home side rarely troubled the Reds, what came his way was easily dealt with.

Liverpool travel to St James' Park this weekend looking to go into the final international break of the calendar year on a high. But will supporters see Dr Jekyll or Mr Hyde?

Jürgen Klopp's men on the whole are consistency inconsistent. The polar opposite to Rafael Benítez's Newcastle United side. The Magpies, who are just two points behind Liverpool, have conceded six fewer goals than their guests.

Jamaal Lascelles, a one-time Liverpool transfer target, has been a key figure in Newcastle showing a defensive resilience which will keep them clear of any relegation battle this season. 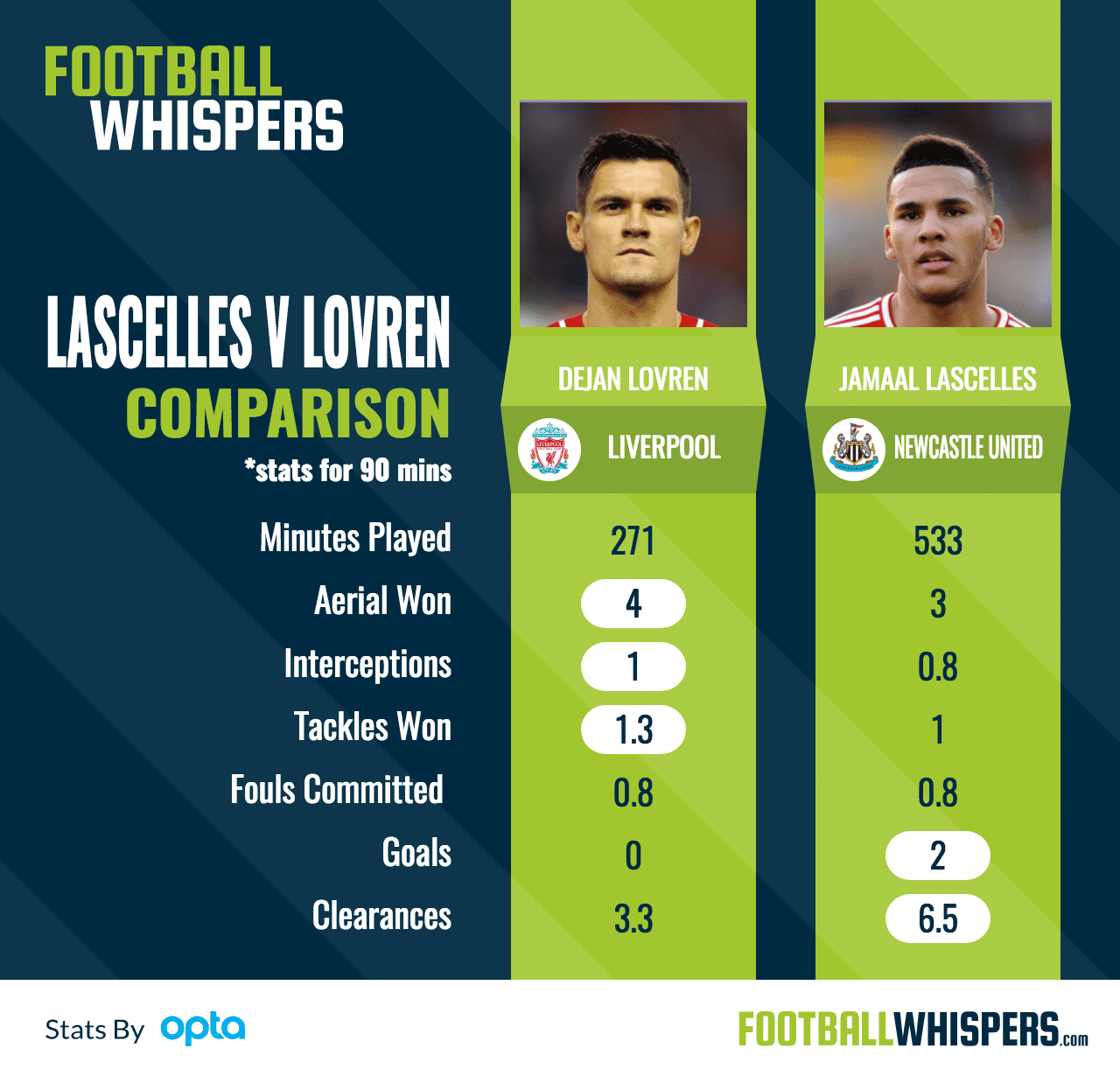 Should Liverpool have followed up their January interest in the former Nottingham Forest man during the summer transfer window? Would he be better in the Liverpool system than Lovren? It's hard to read into the stats because of the systems the two players are used in differing so much.

However, what is clear is that both centre-backs will be key in deciding who wins the match between two clubs famed for high scoring matches. Can Lascelles keep Sadio Mané, Philippe Coutinho and Mohammed Salah at bay? And can Newcastle expose Mr Hyde?

Find out by tuning into Sky Sports' Main Event and Premier League channels, with kick-off at 4.30pm.

Use our Predicted Line-ups feature to pick and share the side you would pick if you were Klopp. Our unique algorithm has predicted the XI it believes is most likely to start, but you can also give it a go yourself.

Just click ‘create your own' and pick the players you would choose, and you can also see their stats per 90 minutes once you’ve picked them. When you’re happy with your team, press ‘confirm' and you’ll be able to share your team with friends via social media.