Watford fans can't celebrate just yet but reports of the Hornets' interest in Barcelona defender Jean-Clair Todibo suggests there is the intention to make a permanent signing at centre-half for the first time since 2016.

There have been central defensive reinforcements since Adrian Mariappa returned to Vicarage Road almost three years ago but they have been either been signed with an eye on the future, on loan or simply been wholly forgettable. Moussa Wagué anyone?

Spanish outlet Sport claim Hornets owner Gino Pozzo and technical director Filippo Giraldi have travelled to Catalonia to begin talks with Barça over a deal for Todibo – a step in the right direction as Javi Gracia's side attempt to improve on last season's 11th-place finish.

With just 21 senior appearances to his name – only two of which have come for Barcelona since his January switch – Todibo is raw. In fact, he is exactly the kind of player the Pozzo family have historically made a habit of signing from under the noses of Europe's big boys.

Ten of those outings came for first club Toulouse before the lanky prodigy was frozen out once it became apparent he did not plan to sign a professional contract with Le Téfécé. That left the Ligue 1 club vulnerable to a raid from a bigger side.

“The situation and the reality is relatively simple,” Toulouse’s co-director general Jean-François Soucasse said at the time. “The club has been in negotiations with the player and his entourage over his first professional contract for many weeks. 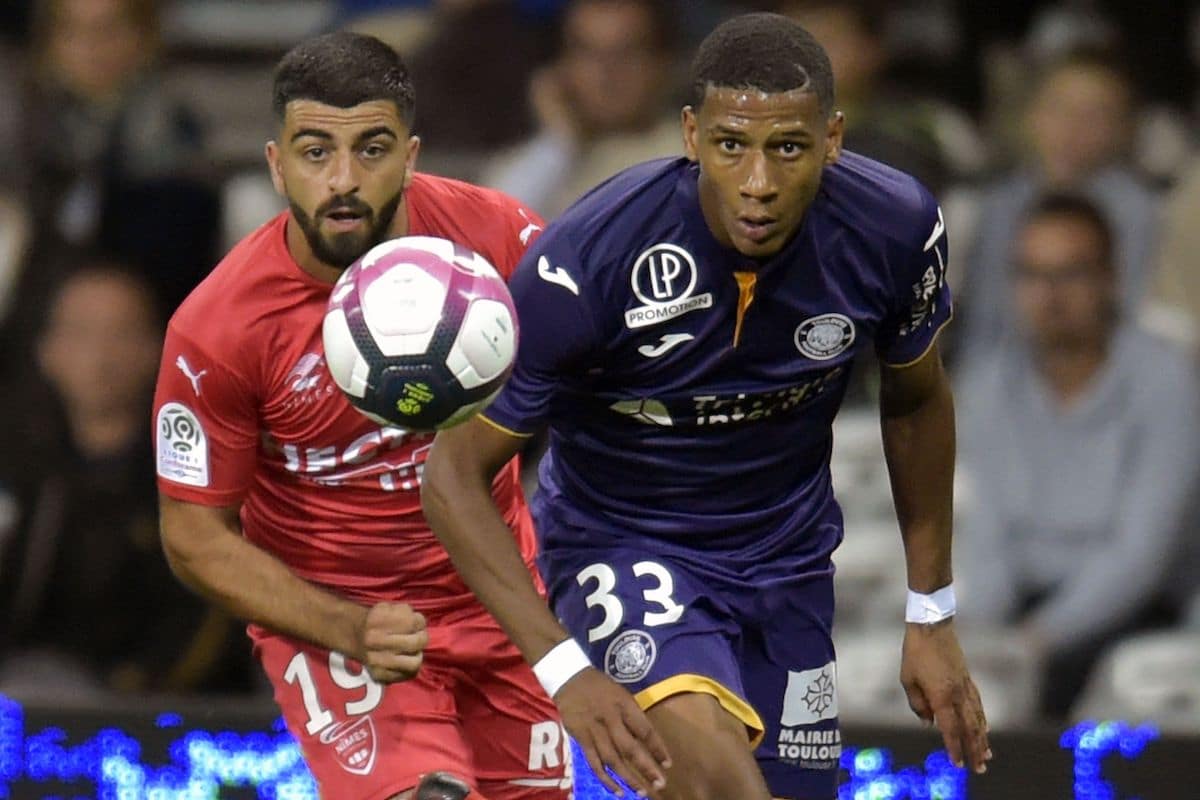 “He was presented with a salary proposal unprecedented in the history of the club – very much above that of (Issa) Diop and Alban Lafont [the talented goalkeeper who joined Fiorentina 2017] to name only two recent cases.

“At the start of the week, Jean-Clair indicated to us that he still did not know what direction he wants his career to go in.”

Toulouse's fears were confirmed at the start of January when Barcelona struck a pre-contract agreement with Todibo. On the final day of the winter transfer window, the 6ft 3in stopper completed his switch to Catalonia with the Blaugrana paying a nominal fee to bring the deal forward.

Todibo made his Barça debut as part of a much-changed side against strugglers Huesca in April and came out on top against Hornets loanee Cucho Hernández, impressing in a goalless draw. The 2018/19 season finished with one more LaLiga outing for Todibo, a 2-0 defeat at Celta Vigo at the start of May as coach Ernesto Valverde again shuffled his pack. 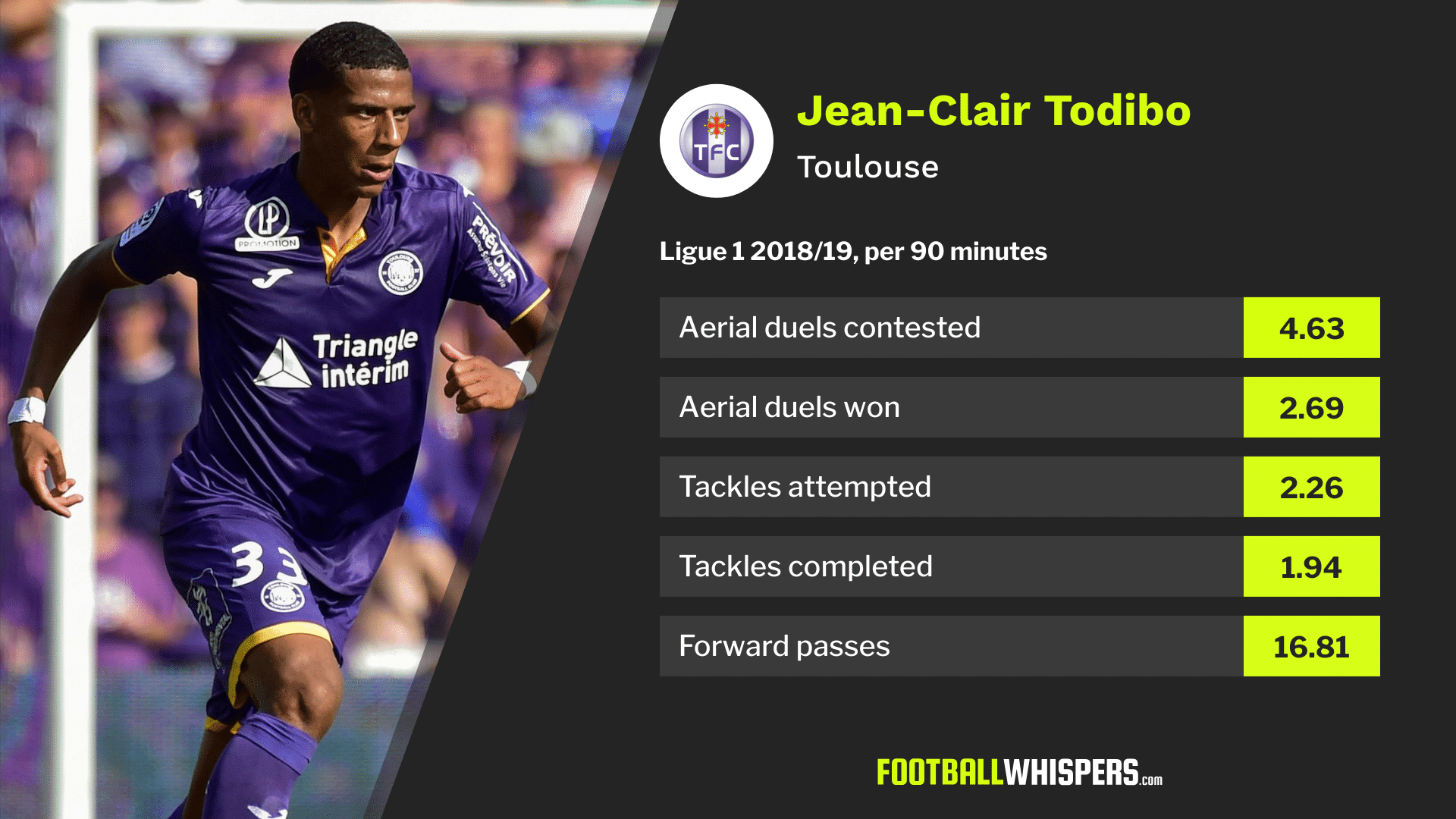 So what are the Hornets hoping to get from their pursuit of Todibo? Owing to his relative lack of minutes, a combined 993 for Toulouse and Barcelona in 2018/19, it is illogical to attempt to compare the Frenchman's statistical output to his contemporaries.

However, he can be judged on his own standards. Taking his time in Ligue 1, Todibo won more than 50 per cent of the 4.63 aerial duels he contested per 90 minutes. He was successful with 85.9 per cent of the tackles he attempted for Toulouse, while the 16.81 forward passes he averaged per 90 accounted for 47.2 per cent of all his completed passes.

Those figures speak of an all-round modern-day defender. Defensively solid, comfortable in possession and capable of progressing play, it's little wonder Barcelona were so keen to snap up the teenager.

Impressively for someone of his height, Todibo is also blessed with pace which enables him to get out of tricky situations. The challenge is to avoid becoming too reliant on his speed. The best defenders anticipate danger before it unfolds and while the Barça youngster is strong in that area, he has shown naïvety at times too.

So where would he fit in at Vicarage Road? Centre-back is a position where the Hornets have been well stocked in numbers, if not quality, for some time. Uruguayan defender Miguel Britos will return to his homeland when his contract ends on June 30 while Sebastian Prödl has endured an injury-plagued couple of years. It seems unlikely the Austrian, who has scarcely featured under Javi Gracia at all, will remain part of the club's plans going into next season.

That leaves stalwarts Craig Cathcart and Mariappa, as well as the worryingly inconsistent Christian Kabasele, as Watford's three senior centre-backs. Ben Wilmot will return from spending the second half of the season on loan at Udinese but it is unclear whether the club view the former Stevenage prodigy as a defender or midfielder at this stage in his development.

All of which means there is a starting berth to be had at Watford this summer. Adjusting to the realities of Vicarage Road rather than the Camp Nou might take some doing for Todibo but he need only look at the way one-time-Barça starlet Gerard Deulofeu has seized his chance in WD18 to see the opportunity for what it is.