Round 8 of the final World Cup qualifying stage brings together Japan and Saudi Arabia at the Saitama Stadium. Both sides continued their winning runs as they lead the Group B rankings.

Saudi Arabia to Win or Draw

Saudi Arabia to Win or Draw

Japan has been in fine form in their recent qualifying fixtures, earning four wins in succession. Saudi Arabia are the only team in Group B to remain unbeaten seven matches in. Their last meeting concluded in favour of the Green Falcons with a slim margin and more of the same is expected in this meeting. Both sides can ill-afford to drop points as Australia follow them closely. We are anticipating a close affair, one that sees Saudi Arabia secure a positive result on the road as they stretch their unbeaten run on the road in qualifying fixtures to seven fixtures.

Neither Japan nor Saudi Arabia has earned a reputation for high scoring affairs. With 13 and 10 goal involvements in their seven WC qualifying fixtures, they have seen the majority of their competitive affairs conclude with Under 2.5 total goals. This is also evidenced in their most recent outings. Japan has only seen one of its last five fixtures conclude in this manner. For visiting Saudi Arabia, this tally stands at six successive low scoring fixtures.

Japan vs Saudi Arabia: Check out the best odds and the latest stats

Japan vs Saudi Arabia: Check out the team lineups

Hajime Moriyasu is leading Japan to another world cup qualification. The Samurai Blue have not been as dominant in their qualifying fixtures this time around with defeats to Saudi Arabia and Oman. They still have the second automatic qualifying slot in their grasp but have a stiff challenge from trailing Australia.

The 2018 World Cup saw the return of Saudi Arabia on the top-tiered footballing arena. They did not set the stage alight with their performances but did enough to ask for more in the next edition. The Green Falcons have not looked back since and are leading the race to book a place in Qatar. They have a four-point advantage in the qualifying race with three matches remaining until the end of the campaign.

Questions About Japan vs Saudi Arabia 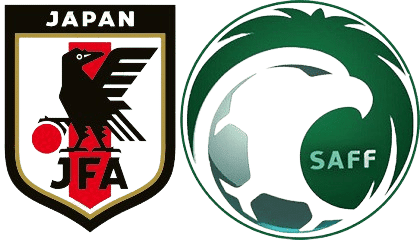