The opening round of games in the Olympics tournament will feature hosts Japan, who have been preparing fervently for this competition. They are up against South Africa in the group A fixture that will take place at the Ajinomoto Stadium.

Japan U23 vs South Africa U23 – Predictions & Betting Tips

Japan prepared for this game with a string of friendly matches which culminated with the 1-1 draw with Spain a few days ago. South Africa had a disappointing 3-0 loss against Egypt in their latest outing.

Japan to win at half-time and full-time

Japan are in a very strong position coming into this match. They would want to begin the tournament with a victory. South Africa are missing some key players ahead of the game and their recent friendly against Egypt ended in a very bad shape – once again reinforcing the troubles for the African outfit. Japan have done well in recent friendly matches and they even secured a draw against a talented Spanish outfit a few days ago.

The defensive strength of South Africa is not so great and the team even ended up conceding three goals in the recent friendly against Egypt. This will sound good news for Japan, who scored eight goals in the three friendly matches over the last month.

The absence of some key players puts South Africa in a disadvantageous position. Furthermore, South Africa know that the team is in a difficult group and the pressure is likely to tell from this opening match. Japan are not perfect at the back, but they should be able to get a clean sheet thanks to the inefficiencies of the visitors.

Japan U23 vs South Africa U23 – Top Stats and Form Numbers

Olympics Preview – Japan U23 vs South Africa U23

Japan will look to make the most of home advantage even if there will not be any crowds in attendance. The string of positive results ahead of the tournament has already raised the expectations of the team at this tournament. Coach Hajime Moriyasu has decided to go for an experienced line-up which includes Real Madrid winger Takefusa Kubo and Southampton’s Maya Yoshida.

South Africa have had a major blow ahead of the tournament with Kamohelo Mahlatsi and Thabiso Monyane pulling out due to testing positive. The lack of any warmup fixtures for the team is another problem. There is some amount of confidence in the squad, which is largely picked from the domestic leagues. This should help build relationships on the pitch.

Doubts about Japan U23 vs South Africa U23 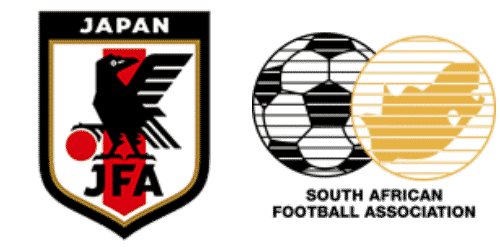 Where is the match scheduled? Ajinomoto Stadium

Which team is the favourite to win? Japan