Japan became the first country to confirm the squad it will bring to the 2022 World Cup. Last week, the Japan Football Association released the 26-man squad that will be brought to the tournament. The Blue Samurais will travel to Qatar in hope of putting in a good performance on their home continent.

Japan have drawn a tough group for this year’s World Cup. Hajime Moriyasu’s team will compete in Group E of the competition, alongside European heavyweights Spain and Germany as well as Costa Rica. Progressing to the next round of the tournament will be a difficult task for the 2019 Asia Cup runners-up, but they may take hope from the 2018 World Cup. 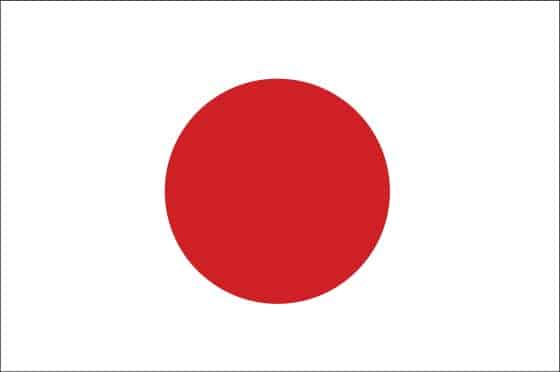 In Russia, they beat the odds to progress to the final 16 from a group that included Colombia, Poland and Senegal. Recent fixtures have seen Japan secure positive results and with many Japanese players playing at a high level, theymay take a confident approach to Qatar.

While many teams are still waiting for the announcement of the final squad for 2022 World Cup, we already know that 26 players that will represent Japan in Qatar.

Three goalkeepers have been named in the Japan squad to travel to Qatar. Of course, only one player will really be able to stake a claim to start in goal for Japan and management will likely keep the same ‘keeper in the starting XI except for injury or a loss of form. Therefore, each goalie will hope to start that first game against Germany. Here are the goalkeepers going to Qatar:

Eiji Kawashima may be least likely to be first-choice for Moriyasu’s team. The veteran ‘keeper is approaching his 40th birthday but his experience may be very important. Kawashima has not played for his club this season but he has the experience of starting in goal for Japan in the 2018 World Cup.

Shuici Gonda plays his football in Japan and could be Japan’s starting netminder in Qatar. The ‘keeper started in his side’s v2-0 victory over the USA (although he was subbed off for Schmidt) and started in between the goalposts for Japan in the 2019 Asia Cup. 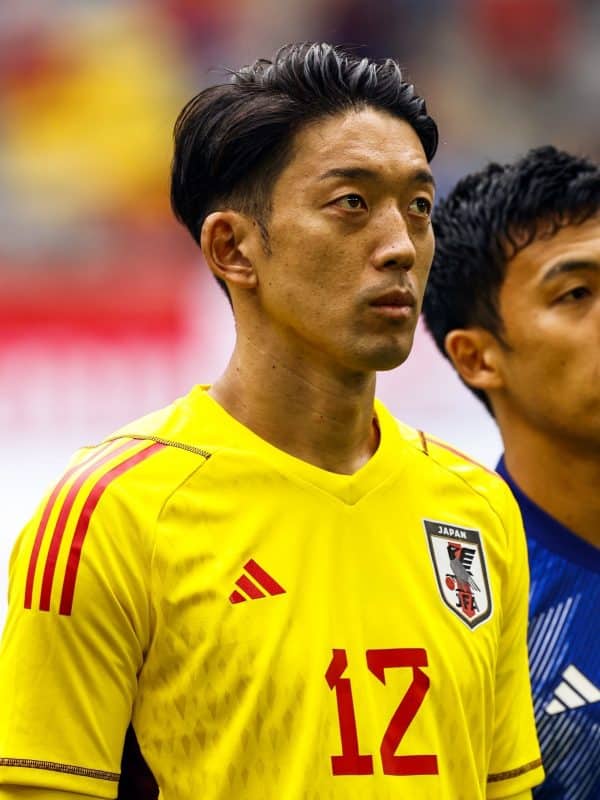 A solid defence is key to success in football, particularly in a heated tournament as important as the World Cup. If your team is conceding too many goals, it will make the task of winning games much more difficult, no matter how potent your strike force is. To that end, Japan manager Moriyasu has selected nine defensive players to travel on the plane to Qatar:

Japan’s defenders include a mix of players who play at elite clubs in Europe as well as some who compete at a domestic level in their home country. Takehiro Tomiyasu is perhaps the most well-known. The defender plays for English Premier League club Arsenal, although the 24-year-old does not always start games for his club.

Captain Maya Yoshida plays at a high level in the Bundesliga, starting every game for Schalke 04 this season. Ko Itakura also plays in Germany, for Borussia Monchengladbach, but an injury in September has seen him not play for some time. Huddersfield’s Yuta Nakayame rounds off the European players but don’t be surprised to see domestic players such as Miki Yamane and Hiroki Sakai start games either.

The midfield area will be crucial for Japan when it comes to attempting to control play in fixtures against heavy hitters like Spain and Germany. With that in mind, the Japanese management have included 11 midfielders in their final squad. The squad includes some with the ability to pose a threat and attack opposition defences while others are more accustomed to keeping play ticking over. Other midfielders will be deployed to limit opponent’s attacking threat by closing down their forwards. Here are the Japan midfielders that will appear at the World Cup.

The ranks of Japan’s midfield includes some real quality, with all players competing in Europe except for Yuki Soma of Nagoya Grampus. Eintracht Frankfurt attacking midfielder Daichi Kamada could be the star of the show for Japan and will provide an attacking impetus for the side. Fans of English football will recognise Kaouru Mitoma as well as ex-Liverpool forward Takumi Minamino. While these footballers are labelled as midfielders, they will likely be deployed on the wings. It must be said Japan’s midfield squad includes a lot of attackers, with wingers Junya Ito, Tafekusa Kubo and Ritsu Doan also selected. 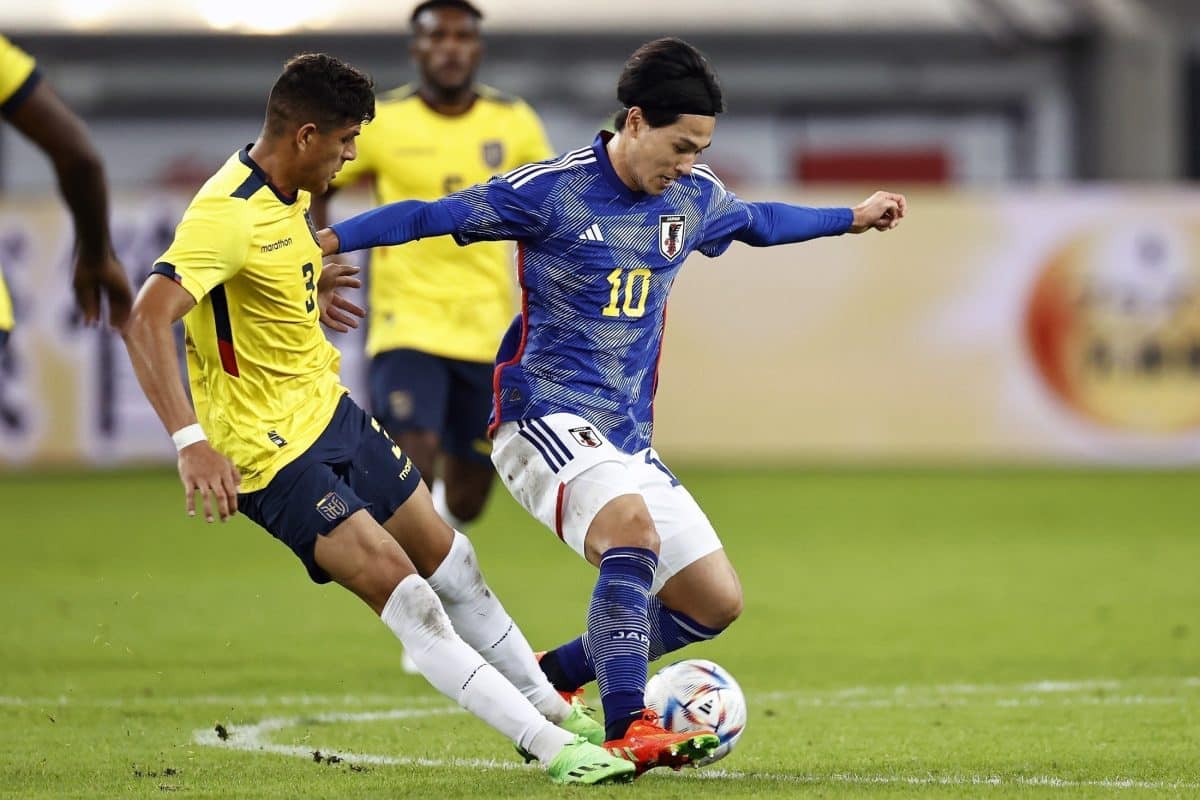 It will be up to defensive midfielders Hidemasa Morita and Wataru Endo to provide a balance in midfield and snuff out opposition attacks. Ao Tanaka is currently injured but Moriyasu may rely on him and Gaku Shibasaki to keep Japan ticking over in the middle of the field.

As stated above, much of the Blue Samurai’s attackers have been included in Japan’s selection of midfielders. However, the management team have picked three dangerous attackers to lead the line for Japan. These will be the players expected to make trouble for the backlines of Germany, Costa Rica and Spain and get the goals. Here they are:

Judging by recent friendly fixtures Japan have played against the USA and Ecuador, only one striker will lead the line for Japan. That means only one of these forwards is likely to start each game.

Ayase Ueda completed a move to the Belgian league this summer after a dazzling 2022 season in the J1 League that saw him net ten goals in 18 appearances. In other competitions the striker scored four goals in five appearances, and he has brought that goal scoring form to Cercle Brugge. Ueda has struck six times for his new club since joining this season.

Takuma Asano has not had such a lucrative season. The forward has made six Bundesliga appearances so far this season and has yet to score. A single appearance in the DFB-Pokal competition saw Asano score against Viktoria Berlin in the first-round but the forward injured his knee in the second round of the competition. He has been injured since though Japanese management must believe he will be fit in time to play in Qatar.

Daizen Maeda started up front for Japan in their 2-0 friendly victory over the USA in September. He has beaten club-mate Kyogo Furuhashi into Japan squad and will look to prove he is worth his place. The pacey striker, who can also play out wide, netted eight times in his debut season at Celtic in 2021/22 and has scored three times so far this season. Despite the form of Ueda, the hard-working Maeda could be first choice for Japan at the World Cup.

Japan will depend on a few of their star players to get them through the toughest fixtures at the World Cup. No matter how talented your team, sometimes one or two star footballers can make all the difference. Below we highlight two of Japan’s star players.

Takehiro Tomiyasu will be a vital player for Japan in Qatar if they are to maintain a solid defence. The right-fullback has plenty of experience playing at a high level for Premier League leaders Arsenal, and he may be able to keep things calm at the back for the Blue Samurais. Interestingly, Moriyasu has started Tomiyasu as a right -sided centre-back though he usually plays a fullback and this may be key to Japan keeping out goals. He can also use his ball playing ability to play out the field and launch attacks for Japan.

Daichi Kamada is perhaps Japan’s best footballer. The attacking midfielder has plenty experience of success, winning the Europa Cup last season with Eintracht Frankfurt, as well as the German Cup in 2018. Already this season he has scored seven goals and made three assists for his club and he will need to bring that form to Qatar if Japan are to progress out of their group. As well as the strikers, Kamada will be needed to score vital goals for Japan.

Japan have found themselves in one of the World Cup’s toughest groups, and it will be difficult for them to progress. However, they bring a good side to the tournament and if they can get a result against Germany or Spain and beat Costa Rica, they could well slide in to second spot. Japan may surprise many football fans and qualify from their group ahead of the Spaniards against the odds. 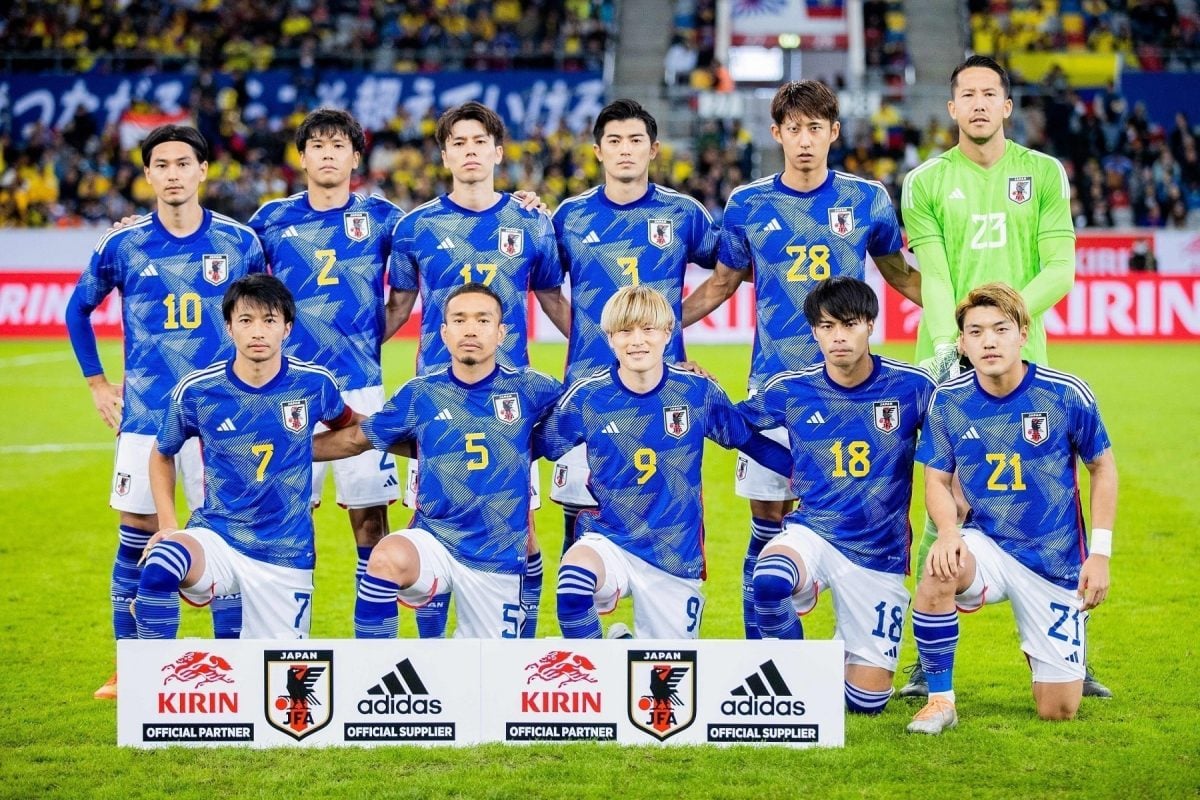 Japan to Qualify from Group E

As you can see, Japan's shock win over Germany has taken them ahead of the Europeans in the Group E markets. The Asian side played so well against Germany and seemed to want to win the game more, but can they really outdo a Sapin side that scored 7-goals in their first match?

Japan caused a surprise in their opening Group E game against Germany. Despite trailing 1-0 at the break, Japan fought back to wi the game, scroing two goals in the second half to upset the odds.

Here is how the Group E table looks so far,

Japan's final squad for World Cup in Qatar has already been announced.

A few players in this team have the ability to shine, including Daichi Kamada, Takefusa Kubo, Takumi Minamino, and Takehiro Tomiyasu.

How many players have been named in Japan's World Cup squad?

26 players have been selected in Japan's squad for the 2022 World Cup.

What are Japan's chances of winning the World Cup with this squad?