The transfer window already feels like a distant memory for many top-flight English clubs, as the Premier League gets set for a fourth round of fixtures this weekend.

But with sides on the continent still in the process of finalising their squads, Monday’s European transfer deadline could yet have a significant impact on some of England's biggest sides.

The remaining days of the window will test the nerve of chairmen and owners up and down the country, as they fight the urge to recoup a percentage of their recent transfer outlay by selling players that can’t be replaced until January.

Some decisions are easier than others. Manchester United were delighted to ease the burden of Alexis Sánchez by loaning him to Inter while Arsenal will presumably welcome bids for Nacho Monreal, Mohamed Elneny and Shkodran Mustafi as they look to balance the books by selling off fringe players.

Certain potential transfers, however, present the selling club with much more of a dilemma.

Tottenham Hotspur fans will undoubtedly be conflicted about Jan Vertonghen for example, with news emerging that the veteran centre-back is wanted by Bundesliga side Bayer Leverkusen.

There is a strong case for selling Vertonghen, who is now in the final year of his contract and approaching the tail end of his career.

The 32-year-old’s relationship with manager Mauricio Pochettino appears to have broken down, amid rumours of a lack of fitness in pre-season and a furious reaction to being dropped for the opening match of the season against Aston Villa.

In theory, selling a player who will be available for free next summer and is out of favour should be an easy decision, but Vertonghen’s importance to Spurs when he is selected for the first team cannot be underestimated.

The Belgian international has been an integral part of Pochettino’s side since the manager arrived at White Hart Lane in 2014, racking up almost 300 appearances for the Lilywhites.

Tottenham have certainly got value for money since they parted with £9.5million to bring him to North London from Ajax seven years ago, but it would be wrong to dismiss the man from Sint-Niklaas as being over the hill because his time at the club is nearing an end.

Vertonghen’s game time was limited due to injury last term, but the stats from his 22 Premier League appearances paint a picture of a player who is still good with the ball at his feet and defensively solid. 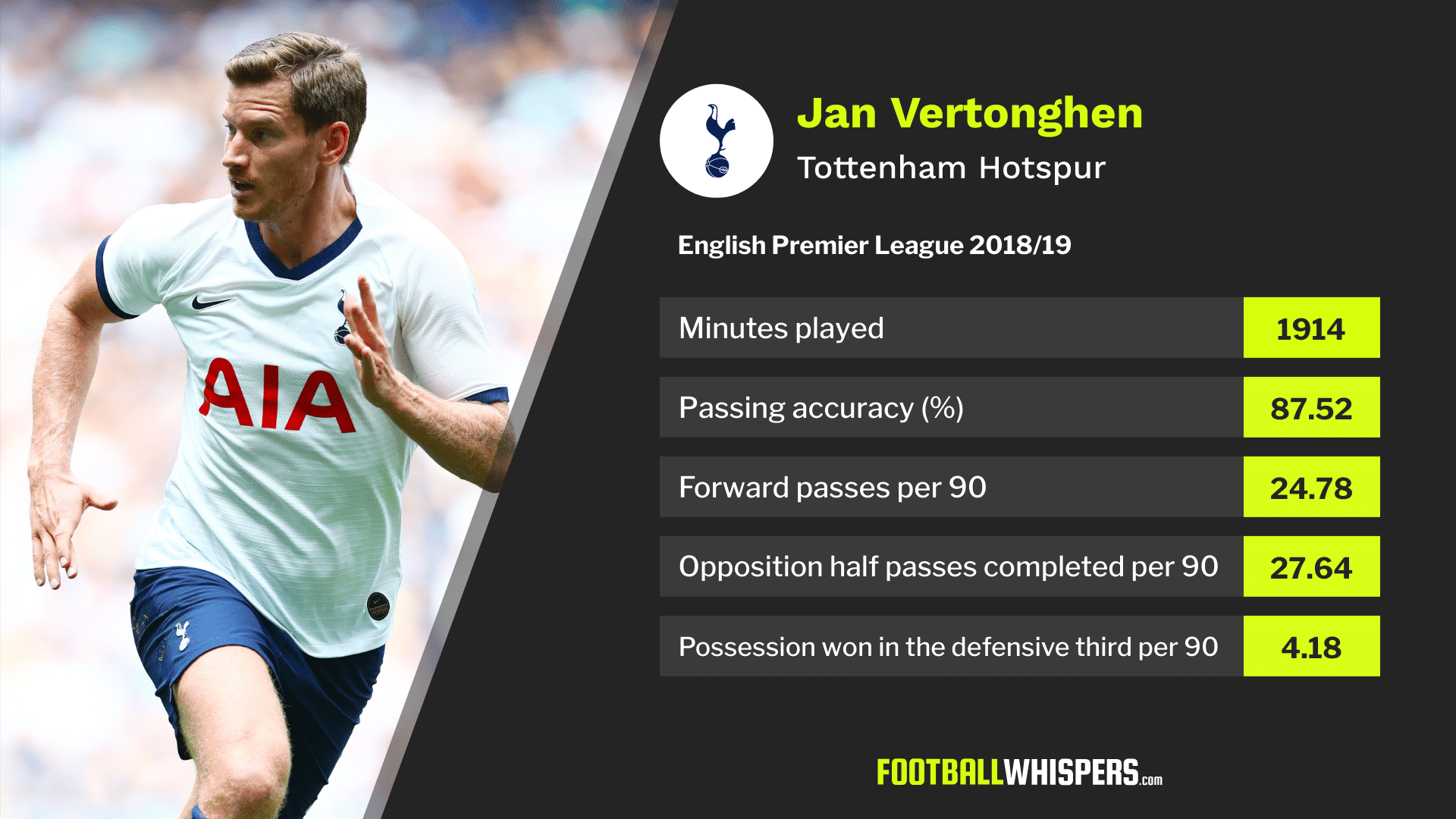 The 114-cap international had an impressive 87.5 per cent passing accuracy, and his average of 24.78 forward passes per 90 minutes played was only bettered by six other Premier League defenders.

He wasn’t afraid to get involved in Spurs’ attacking play either, and completed 27.64 passes in the opposition half per 90 – the 13th most of any English top flight defender.

If you also consider that Vertonghen was the 12th best defender when it came to winning back possession in the defensive third of the pitch (4.18 per 90), it’s hard not to wonder if his presence would reinforce a Spurs backline that looked lethargic in their recent defeat to Newcastle United.

Then there are the simple logistics of losing a player who can cover both the centre-back and left-back positions, without being able to replace him until January.

Going through the first half of the season with Eric Dier and Juan Foyth as cover for Toby Alderweireld and Davinson Sánchez doesn’t seem like a wise move, especially with Spurs’ having to compete on both domestic and European fronts. 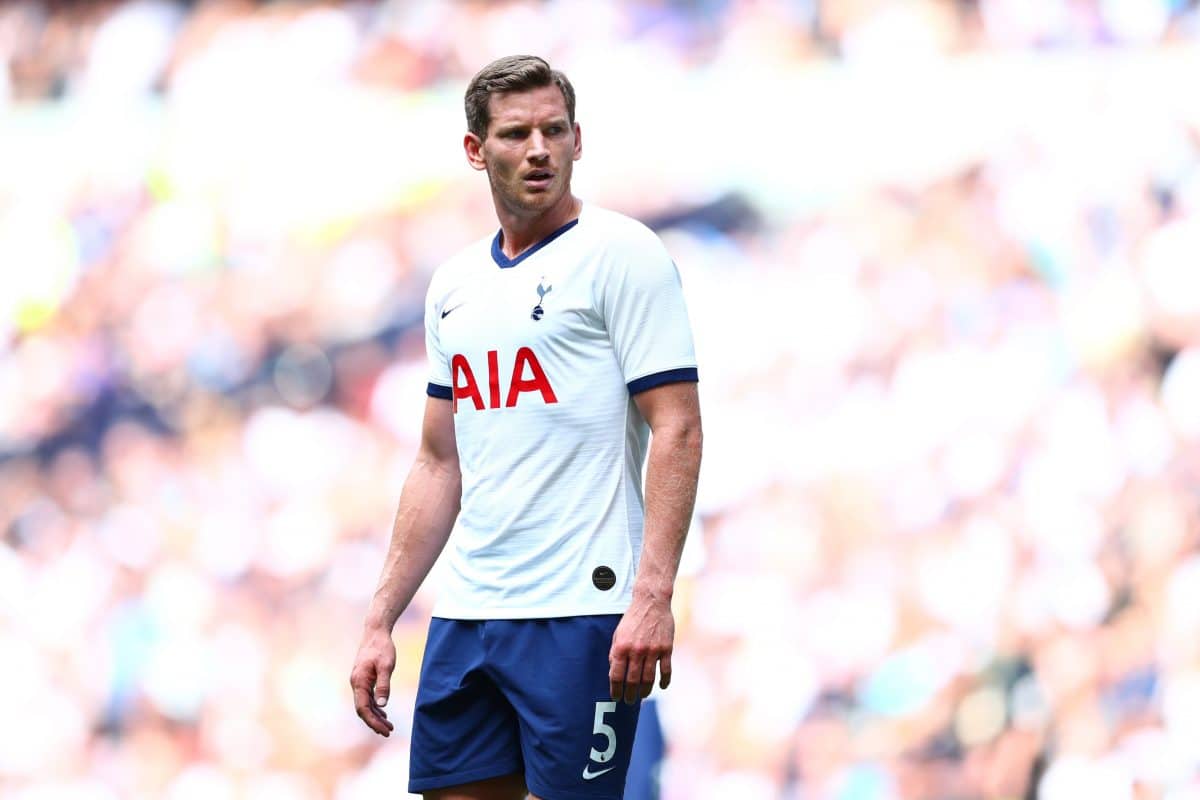 Vertonghen hasn’t publicly displayed any wish to leave the club and reaffirmed his desire to stay in London as recently as early August.

He said: “I just want to focus on this year, I know I have got one year left so I know a lot of questions will be asked. I have said it before, I am very happy at the club.”

“The supporters have been great for me, the manager has improved me a lot and has a lot of confidence in me. I feel very, very good physically so I am not sure what is going to happen this year, I can only say I am happy where I am at and I feel the support from the manager, team-mates and the squad.”

If that relationship with Pochettino isn’t damaged beyond repair then Spurs would be wise to keep hold of their long serving defender until January at the very least.

Despite the temptation to cash in on Vertonghen while they can, it would surely be a major error to lose a player of his quality without being able to sign a replacement.