While they may have fallen short in the title race once again, Tottenham Hotspur certainly have plenty to be optimistic about ahead of next season.

The attacking talents of Harry Kane, Dele Alli and Christian Eriksen will surely see the club mount another bid for Premier League glory, with the trio offered the freedom to express themselves in the final third due to an excellent defensive unit behind them.

Save a calamitous final few days of the season the club are well on course to boast the best defensive record in the league for the second year running, though this campaign has been even more impressive in that regard.

The 35 Spurs conceded last season was level with Manchester United, while they’ve shipped just 24 this time around, with the Red Devils again their closest rivals, on 29.

It’s a rearguard that has shown great flexibility this season, but within it there is one player that is perhaps unfairly overlooked. While Hugo Lloris is rightly lauded as one of the Premier League’s top keepers, the full-back pairing of Kyle Walker and Danny Rose is considered by most as the best England’s top-flight has to offer and Toby Alderweireld is held by many in the same esteem when it comes to centre-backs, Jan Vertonghen is often overshadowed. 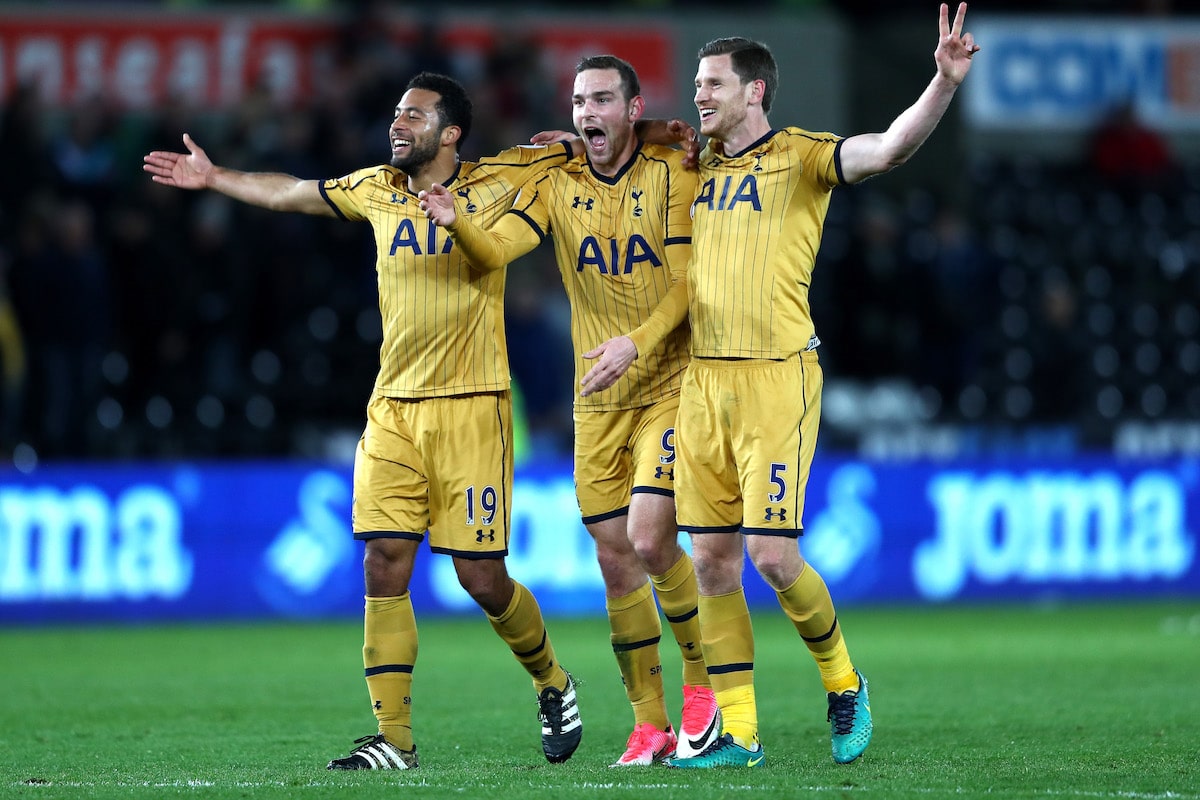 Pick and Share your Spurs XI for Leicester Clash

While his partnership with compatriot Alderweireld is certainly adjudged to be right up there with the very best in the country, when pundits speak about the best individuals in the league, it’s the former Southampton man that generally takes the acclaim.

Both Gary Neville and Jamie Carragher had the 28-year-old in their respective team of the season selections on Monday night football this week – along with David Luiz and Cesar Azpilicueta – but Vertonghen was nowhere to be seen.

It came as something of a surprise, then, when it was Spurs’ oft-ignored elder statesman at the back that earned a place among the Premier League’s player of the season candidates.

Nevertheless, it was recognition that the 30-year-old has deserved following what has arguably been his best campaign in a Tottenham shirt, at least since a hugely impressive debut season at White Hart Lane back in 2012/13.

Having made a name for himself upon his arrival in England as a goalscoring defender, netting four times in the league, that reputation has certainly withered and died following four consecutive seasons without a goal.

Instead Vertonghen now stands out for his defensive solidity and physicality, whilst still being more than capable of playing out from the back, be that with an incisive forward pass, or carrying the ball out himself.

While his highly popular partner undoubtedly has an enviable and indeed superior eye for a long diagonal ball to turn defence into attack, Vertonghen opts for an alternative route.

The ex-Ajax man has completed 24 successful dribbles this season – among the most of all centre-backs in the league – offering Spurs the option to unsettle their opponent's shape in the process, where Alderweireld has completed just three by comparison.

The two are both excellent defenders but very different in terms of their strengths and weaknesses, which is crucial to making them an effective pairing. It is, however, Vertonghen that has come out on top in most statistical categories, highlighting that he is the more proactive and physical of the two.

Neither look to rush into tackles, but it’s Vertonghen that has proven harder to beat in one-on-one situations this season. 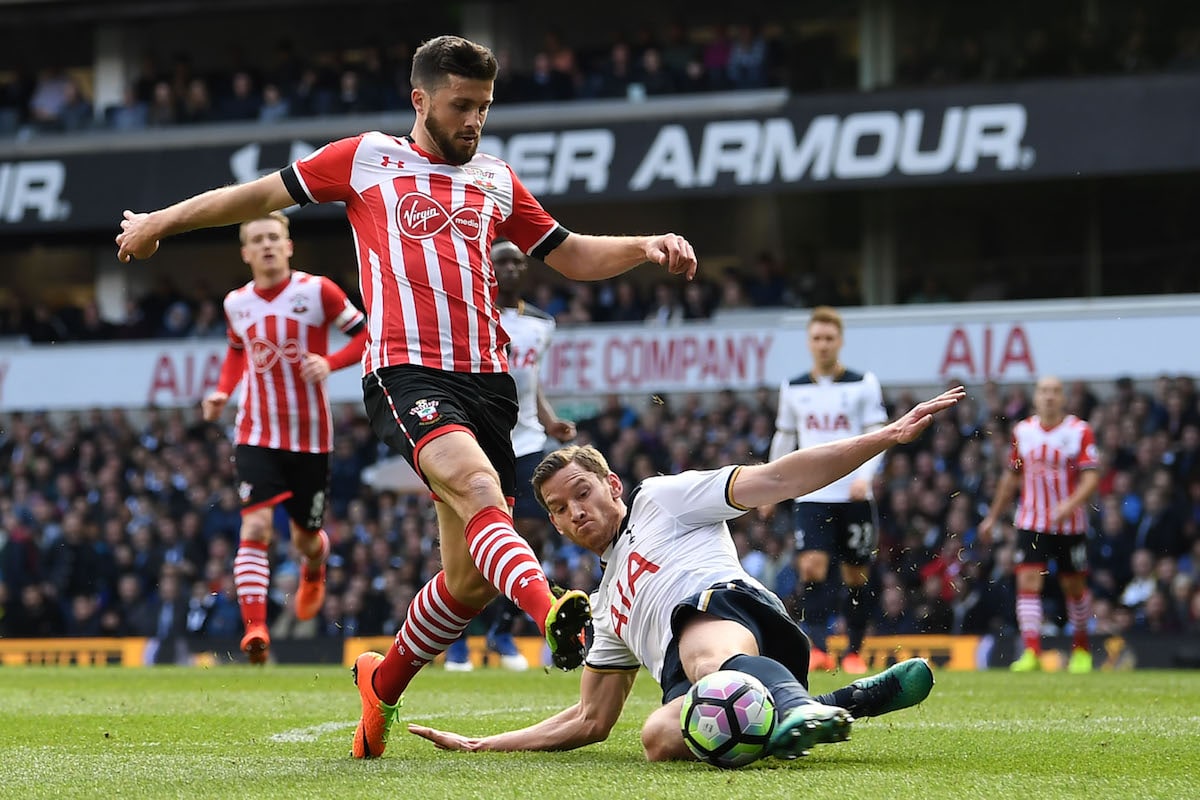 Indeed, the 30-year-old has been dribbled past just 0.3 times per game all season, while Alderweireld’s figure is twice that at 0.6. The latter is less aggressive and in turn less likely to concede free-kicks in dangerous positions – having felled an opponent just 0.3 times per game all season – but that’s a direct consequence of Vertonghen’s inclination to step out and try to intercept, doing so 37 times this season to his teammates 21.

Then there is his ability in the air, which has in fact been unparalleled in the Premier League this season. This is also where the greatest gulf in quality between Tottenham’s duo lies, with Vertonghen having won 3.4 aerial duels per game this season to Alderweireld’s modest 1.4.

While one might assume that Vertonghen is merely the man tasked with competing for the high ball, there’s a reason for that, and it’s based on a vulnerability to his partner’s game that often goes unnoticed.

While Vertonghen boasts the strongest aerial duel success rate of any Premier League centre-back to start at least 20 times this season (75.9%), Alderweireld’s is among the worst in the league by comparison. The latter is, in fact, one of only four centre-backs under the same parameters to have lost more aerial duels (42) than he has won (40).

As mentioned, differences in defending styles often make for the best partnerships but there’s arguably something of a mistruth to the assumption that Alderweireld is the jewel in Tottenham’s defensive ranks.

He’s an outstanding defender in his own right, but is lucky to have an equally impressive partner to help to mask such a glaring, overlooked inadequacy to his game in terms of his aerial prowess.

Yet, it’s Alderweireld that continues to be linked with a big money move to the continent rather than Vertonghen, despite having an extra year on his contract by comparison.

It’s true that the signing from Southampton has been a superb addition to the Spurs ranks, but he’s had more than a little help from his friend, and while the vast majority of Tottenham’s strongest XI are recognised for their talent, Vertonghen has very much been the unsung hero in the club’s greatest ever Premier League campaign.

In his absence, after all, they won just two of five matches. Those points dropped have been the difference between a meaningless end to the season at the very top of the table and one that could have been so very different.