The continued success of Jamie Vardy has led to a renewed look to the lower leagues for more hidden gems, but there still aren’t that many opportunities to make the step up in the first place. For every Ian Wright who takes the league by storm, there’s a David Nugent that just can’t replicate their stunning form at the top of the domestic game. Teams in the bottom half of the table are usually more open to taking a punt on a wildcard signing, but the relegation spots make for a cutthroat, results driven industry that allows little time to adapt. What does Vardy, and others like him, have that set them apart from every other talented player who slipped through the cracks as they attempted to learn the game?

Most of the players on this list started their career at a professional team as a part of the youth setup, but found themselves surplus to requirements at some point in their teenage years. Some managed to cling to the football league, but others had to dip their toes into non-league football in a bid to get another shot at the big time. Others, like Jimmy Bullard, had to supplement their income with another job. (He worked for his dad as a painter and decorator while getting paid £60 a week at Gravesend & Northfleet.) Former Wales, Everton and Stoke City keeper Neville Southall famously worked as a binman for three months, while Troy Deeney trained to be a builder while scoring goals for Chelmsley Town. If you look hard enough, you’re likely to find a number of players in the top flight who have experienced the worries of being a non-league footballer.

But what about Vardy himself? The man of the moment moved to Leicester for a £1m fee from Fleetwood Town, and is currently valued at £30m by the Foxes, to ward off any supposed attention from their title rivals. (Or turn an incredible profit, as Fleetwood did originally considering they signed him from non-league Halifax for £150,000.) He’s leading the charts with 18 strikes in 24 appearances the Premier League, but it’s a shock when compared to the five he notched in 34 games during the last campaign. A change of manager and tactics have helped to get the most from their talismanic striker, but the continued show of faith is also a major contributing factor. How many other teams in the Premier League could afford to persevere with a misfiring striker, especially considering that Leicester finished just three points above the relegation points last term? They currently lead the league, but nobody expected them to be anywhere near contention during pre-season. Even now, there are doubts that they can break the monotony of the top four, but a top four finish seems to be the very least that they will achieve. Their fate is entwined with the form of their striker, which is partly the reason why he’s drawing so many of the headlines. Then again, his goalscoring record and his nationality also play a large part in the interest shown by the media.

There’s still a clear route to the England team if you knock on doors, as evidenced by the inclusion of both Vardy and Charlie Austin in recent squads. If you score goals, it’s easier to get noticed, although Chris Smalling and Joe Hart both had stints at in the lower league before cementing their places in the respective red and blue halves of Manchester. They’re both likely to be in contention for Euro 2016, with Hart near guaranteed a place between the posts. There’s no way that Vardy can be ignored considering his club form, so he must give hope to the journeymen battling it out in the bottom half of the football pyramid. There’s always a chance, albeit a small one.

Austin made his name playing for Poole Town after being released from Reading FC as a youth, (for being too small) scoring an incredible 48 goals in 42 appearances. Considering those Ronaldo rates, it’s no surprise that he managed to maintain a record of at least 1.5 goals per game as he climbed up the footballing ladder. He earned a move to Southampton and recently capped off his debut by scoring the winner against Manchester United. He also scored a hat-trick against West Brom for QPR to enhance his Premier League credentials as he finished as the fourth highest scorer in the league last season with 18 strikes.

Yannick Bolasie is another success story, following his move up to Crystal Palace via Hillingdon Borough courtesy of Maltese Premier League team Floriana. (In other words, not the most traditional route.) He has established himself as a vital player in the English Premier League, but to get there he had to gain promotion with Crystal Palace from the Championship, and refused to give up his position as the team set about establishing themselves in the top flight. The same is true for Troy Deeney, after his promotion with Watford FC following five years in the Championship. 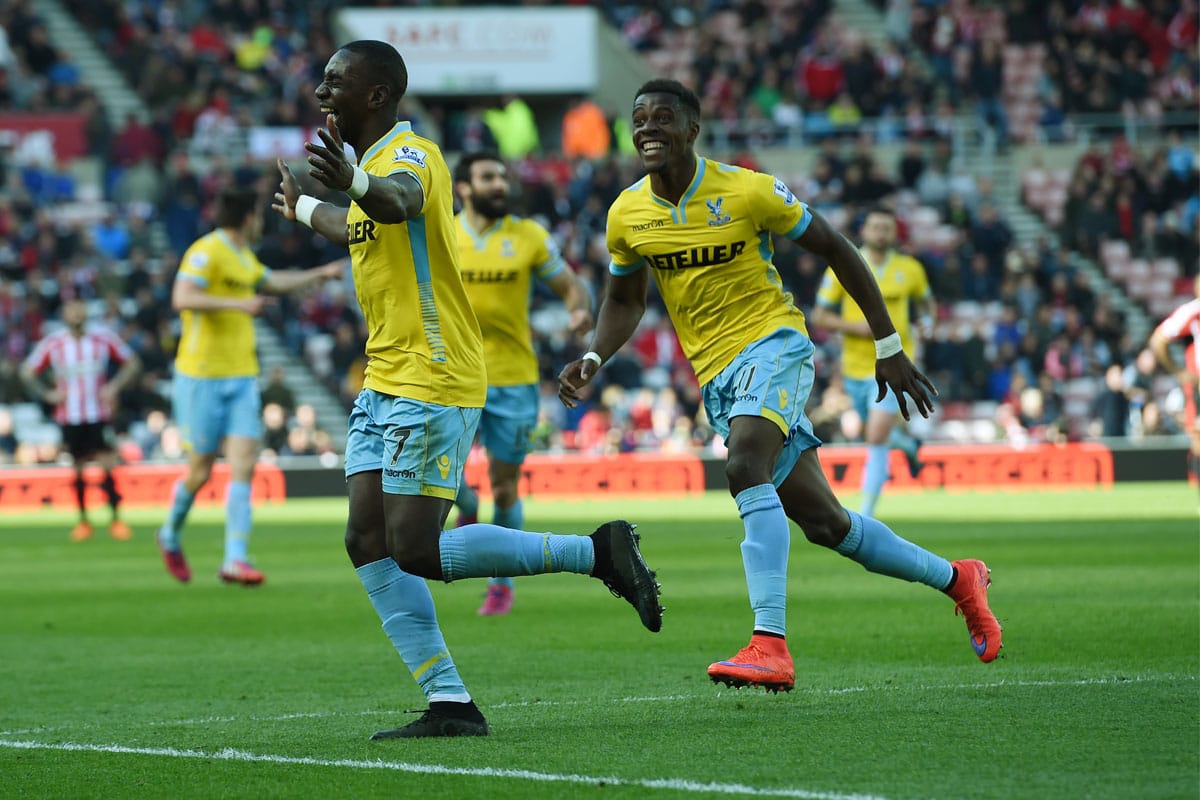 Another interesting point regarding Bolasie is that English players tend to dislike the idea of moving abroad for a higher level of football, which leaves a large pool of players fighting for ever dwindling positions being snapped up by international stars who can now cost upwards of £50m. (With the new TV deal set to further exacerbate the problem, as teams will be able to afford to splash even more cash.) Bolasie was born in France, but moved to England at just seven months of age. Perhaps that could help to explain why he was more comfortable with moving to another country to further his career, but it’s more likely he was confident in his ability to shine.

It also depends on your definition of success. International call-ups and Champions League games may be the pinnacle for most Premier League players, but surely establishing yourself in a team in the highest league in the land should be commended considering the work it took to make it there in the first place. There are numerous great players in the Championship and below, but how long will it take for another Vardy to appear on the scene? It’s fair to say that any top four side would be happy to accommodate his talents, but perhaps they should focus on the bigger picture. Where’s the next striker who can make the step up in the bigger leagues? Could he potentially be sitting in their youth squad? Harry Kane can’t be the only striker that can make the move up, but he might be the only one we see for a while unless a Phenom makes himself known in the coming years. For now, we can back in the glory of Vardy’s magnificent season, and hope that both he, and Leicester, can replicate their form next term.

7 Players Celtic Should Target To Help Them In Europe