James Maddison was one of the breakout stars of the 2018/19 Premier League season.

The former Norwich City joined Leicester City amid reported interest from many of the top six. The £20million the Foxes paid to pry him away from the Canaries now looks like a bargain, with the 22-year-old touted for a move away from the King Power Stadium this summer for triple that fee.

Manchester United are the latest club to be linked with the one-time Aberdeen loan star but reports in recent weeks have also revealed Manchester City and Liverpool retain a long-standing interest in the midfield maestro.

Chelsea and Tottenham Hotspur could well be in the market for a playmaker this summer, too, with Eden Hazard set to depart from Stamford Bridge while Christian Eriksen‘s future with the beaten Champions League finalists is up in the air.

With clubs always on the lookout to add to their homegrown quota, Maddison is an intriguing option, at least on paper, for the majority of the top six.

But after just one season in the Premier League, is he worth such a fee? Was his 2018/19 campaign that impressive when the numbers are analysed?

Here, we look to answer both of those questions. 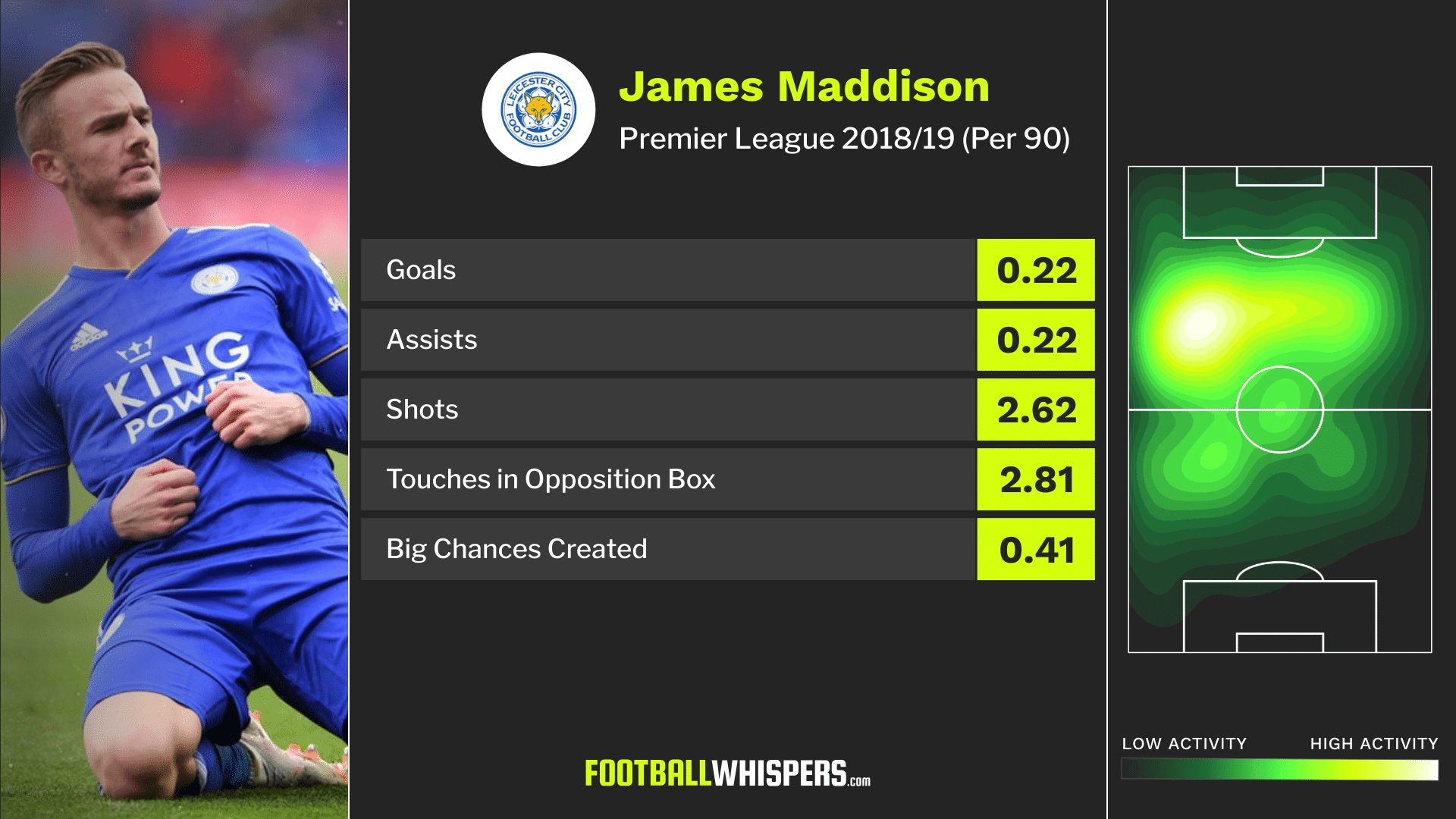 Maddison finished his maiden Premier League season with 14 goal involvements split evenly between goals and assists. In term of per 90 averages, he ranked in the top 20 for assists by midfielders in the English top flight and was 25th for goals.

The 0.41 Big Chances he created per 90 minutes put him in the league's top ten. Maddison is a creative force, and a reliable one at that, with Manchester City pair Kevin De Bruyne and David Silva among those who surpass him in this metric – an indicator of the company he keeps.

As shown by his passing persona below, Maddison is well rounded when in possession. He's progressive and doesn't limit himself to one set passing avenue like others. The 22-year-old, due to his press resistance, is difficult to pin down and nullify. All angles are open, all passes are contemplated. 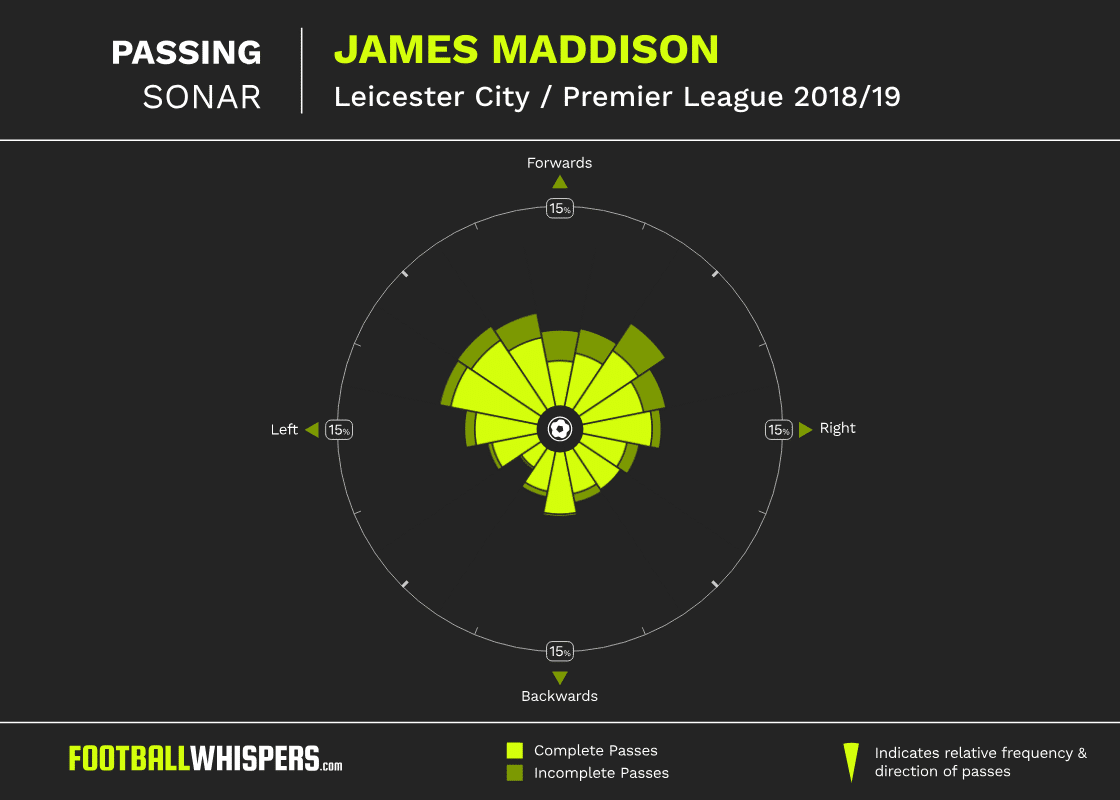 However, his goal output is a little more unpredictable. This is what makes him something of a wildcard as things stand.

Maddison's average of 0.27 expected goals per 90 ranks him 14th in this metric, but the shots he takes would be a cause for concern for any club looking to add a reliable goalscorer to their ranks.

That's because the England Under-21 international is a high volume player. He takes 2.62 shots per 90, putting him in the top ten among Premier League midfielders. Of those efforts, 1.8 come from outside the penalty area (fourth for midfielders). While his return of four goals from outside the box may appear impressive, and it is the second highest return for a midfielder, it came at the expense of 57 shots.

In possession-based teams, such as Liverpool, Chelsea and Manchester City, Maddison simply won't be allowed to take as many shots from distance. In more counter-attacking teams, like Manchester United and Spurs, opportunities can't be wasted. He'd also have to improve his 34.9 per cent shot accuracy.

There's a bit of Philippe Coutinho before the Brazilian refined his game under Jürgen Klopp about Maddison. It can be done. Players can tweak their style so there's no reason the Leicester No.10's play can't mature. Equally, there's no guarantee it will.

Furthermore, alongside better players, which would be the case in the majority of top-six teams, he may feel he doesn't need to shoot as often from distance. And those efforts from 18 yards or further will be replaced by passes into the area.

But signing Maddison, in his current guise, isn't the wisest way to spend £60million.

Another season with the Foxes will help clubs decide whether he's got it, the sustainable goal and assist output to play for one of the elite. Or whether he's something of a squad player for those teams battling for a Champions League spot every season.