“We don't have many players like [James] Maddison coming through. He wants to be on the ball, he is creative, he takes people on. I've seen him do that often for Leicester City.”

Paul Gascoigne knows a thing or two about creative midfielders. Still considered one of the very best talents England ever produced, when the 52-year-old talks about midfield maestros it is wise to listen.

of their Serie A coverage in Glasgow, Gascoigne singled out the Leicester No.10 for special praise.

“There are too many robots, definitely, because there is so much pressure on players and managers not to lose the game – they're frightened to lose.

“I always say keep trying things and, eventually, it will work out. But they're afraid to try. I don't know what these coaches are doing to our young players coming through because we don't have many players like him [Maddison].”

The 22-year-old has looked sharp in Leicester’s opening three Premier League matches and registered his first assist this term in the 2-1 win over Sheffield United. Maddison has also been named in Gareth Southgate’s latest England squad and is expected to be handed his senior debut.

Despite a number of impressive showings during his first campaign in the top-flight, Maddison failed to force his way into Southgate’s starting XI.

However, after defeat to the Netherlands in the semi-finals of the Nations League and then a 0-0 draw with Switzerland in the third-place play-off, it became clear Southgate needed a player with a similar profile to Maddison to help this team fulfil the abundance of potential it possesses.

The likes of Jadon Sancho, Marcus Rashford, Raheem Sterling, Harry Kane and Dele Alli make up a dynamic and effective forward line. But England lacked someone to provide these players with ammunition.

A midfield containing Jordan Henderson, Eric Dier and Declan Rice offers plenty of effort but next to no creativity. And as Leicester have shown, a team can play on the counter-attack – something England attempt to do – while still utilising creative talents.

Southgate has gone for safe and steady hands in midfield to this point; Maddison could be the key to unlocking the attacking talent England possess.

His style meshes with the pool of attackers Southgate can select. His game intelligence and quick thinking is exactly what Sancho and Co. need to isolate opponents in dangerous areas.

His assist for Leicester's opener against Sheffield United epitomises Maddison's game. He’s mentally seconds ahead of other players. 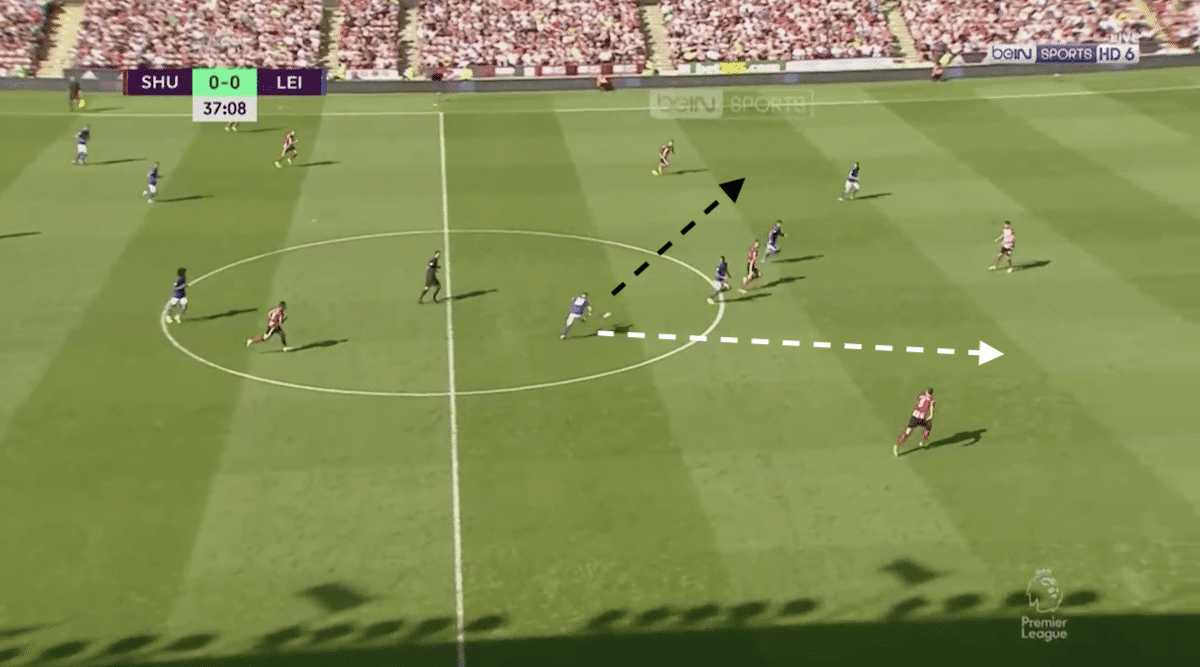 In the above still, the Foxes pounce and win possession as the Blades attempt to play out from the back. The ball falls to Maddison in acres of space, after he tucked in from the right flank, and he's presented with a number of options.

Maddison opts to do neither and instead players an outside-of-the-boot pass into Jamie Vardy. The Leicester No.9 had peeled away into space on the left and was one-on-one with the centre-back.

Few can stop the striker in a foot race and this was a huge opportunity to break the deadlock. But only if the scenario was managed properly.

A simple pass forward would've been seen by many. However, very few would've played the ball Maddison chooses.

The arc he gets on the pass to take it towards goal makes Vardy's decision easy. Others in this situation play a side-foot pass into the striker and it forces him to check his run to receive the ball or takes him away from goal if over hit. 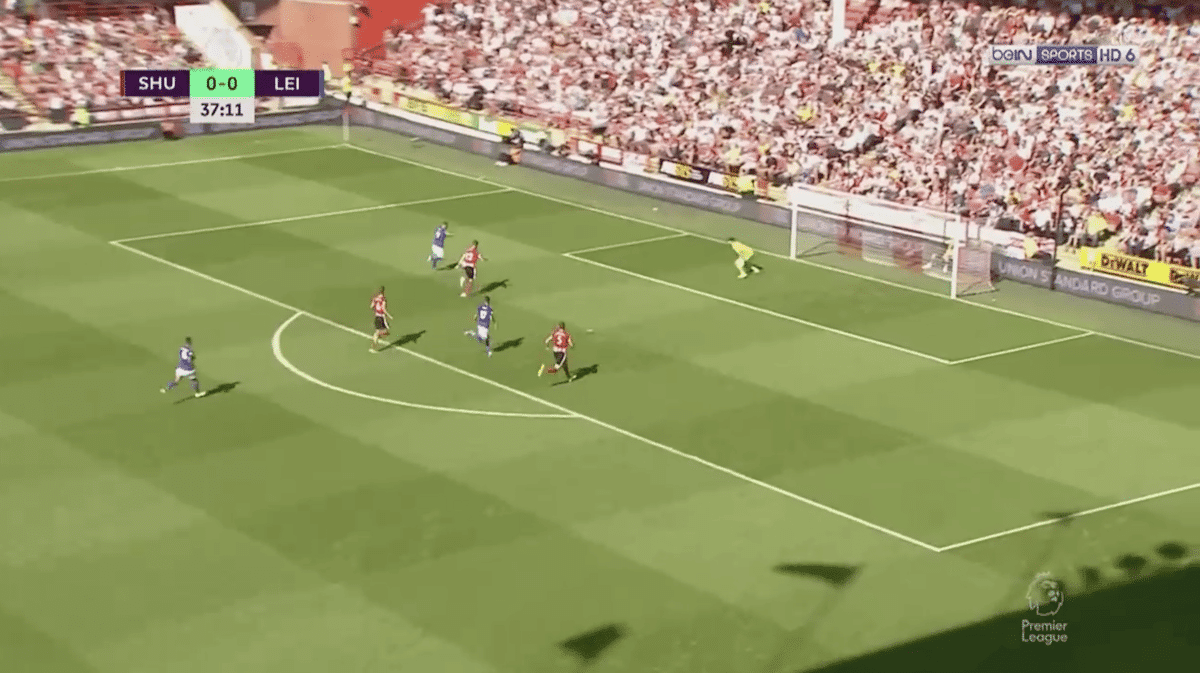 But Maddison's pass allows Vardy to track the ball into the penalty area before lashing past Dean Henderson with his first touch. The finish is emphatic.

It's by no means an easy opportunity but the Leicester No.10 gives his No.9 the best chance of scoring with his decision to play that pass.

Manager Brendan Rodgers is likely to encourage his playmaker to continue playing such passes. They're risky, and don't always come off, but when it works it's a weapon very few teams can handle. Philippe Coutinho and Daniel Sturridge used to link up in a similar way for Liverpool under the ex-Celtic boss.

England have players who can play the Vardy role. If Maddison is afforded the chance, the floodgates could open for the Three Lions.