Liverpool have been linked with a number of centre-backs since Jurgen Klopp was appointed as manager in October 2015. For the most part, their reported transfer targets all seemed to call the Bundesliga their home, but the Reds looked a little closer to home in the summer when they raided English clubs for their two biggest acquisitions – Gini Wijnaldum and Sadio Mane.

The moves highlighted the fact Klopp, and the recruitment team at Anfield weren’t averse to shopping in England despite the fact the market in the Premier League was, is, and forever will be, so volatile. The fact these players are Premier League proven seems to hike their price tag up by tens of millions. However, Mane and Wijnaldum showed If the player fits the profile, where they ply their trade isn’t that important.

Summer links to Bayer Leverkusen’s Jonathan Tah and Hoffenheim’s Niklas Sule have been replaced with links to Southampton’s Virgil Van Dijk. After his Man of the Match performance against Klopp’s men in a 0-0 draw the rumours went into overdrive.

Many reported, much like Mane did when he scored twice as Southampton came back from 2-0 down against Liverpool last season, that it was a performance that sealed the deal in the eyes of the manager.

The demands on a centre-back have changed over the last decade or so. The no-nonsense, stereotypical English centre-back, based on the Terry Butcher’s and the Tony Adams’ of the world, have been replaced by a much more refined player.

As examined in a piece here, the Liverpool centre-backs see a lot of the ball and, especially when teams sit really deep, almost acting as deep lying playmakers, looking to instigate attack with incisive passes played through the defensive lines. It’s not a system your average centre-back can just walk into.

Does Lascelles fit the profile?

The 23-year-old has impressed so far this season under Rafa Benitez. The Spaniard made the former Nottingham Forest player the club captain and he’s seemingly thrived under the added responsibility placed on his shoulders. Newcastle are currently second in the Championship table, two points behind league leaders Brighton, but with a game in hand. He’s played a starring role in a defence which is conceding, on average, just 0.8 goals per 90 minutes.

He’s seeing plenty of the ball and is completing 85 per cent of the 51.5 passes he attempts. The Liverpool centre-backs average 115 passes between them per match so finding a player used to this sort of style is important. Lascelles ticks the box in that respect. 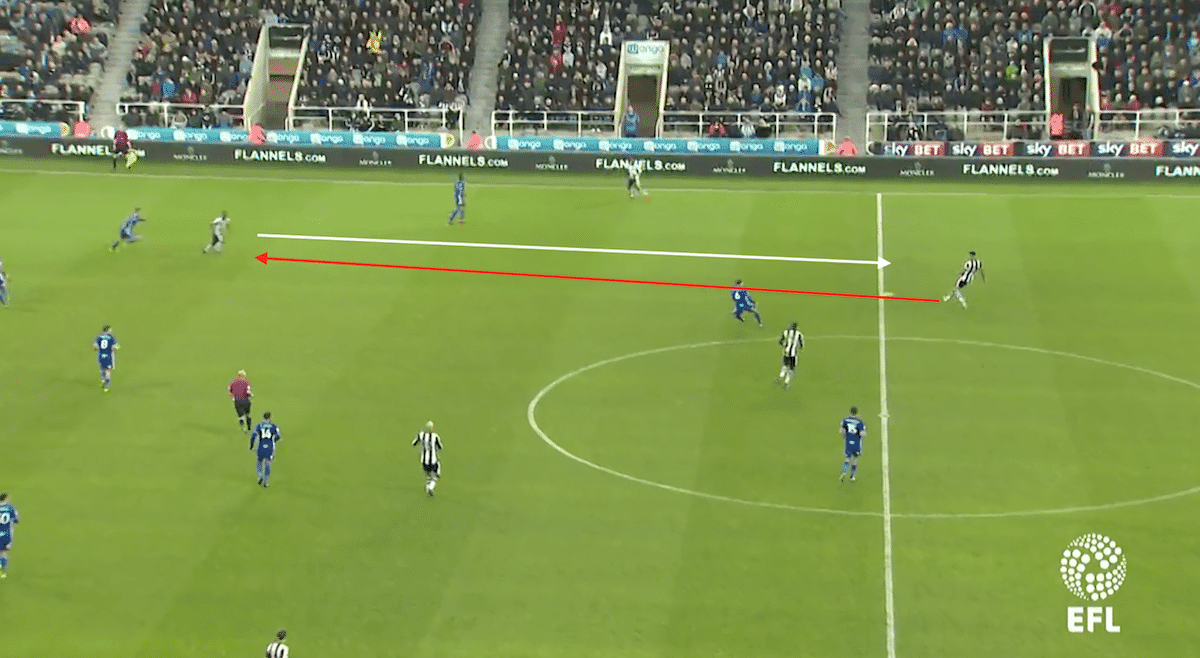 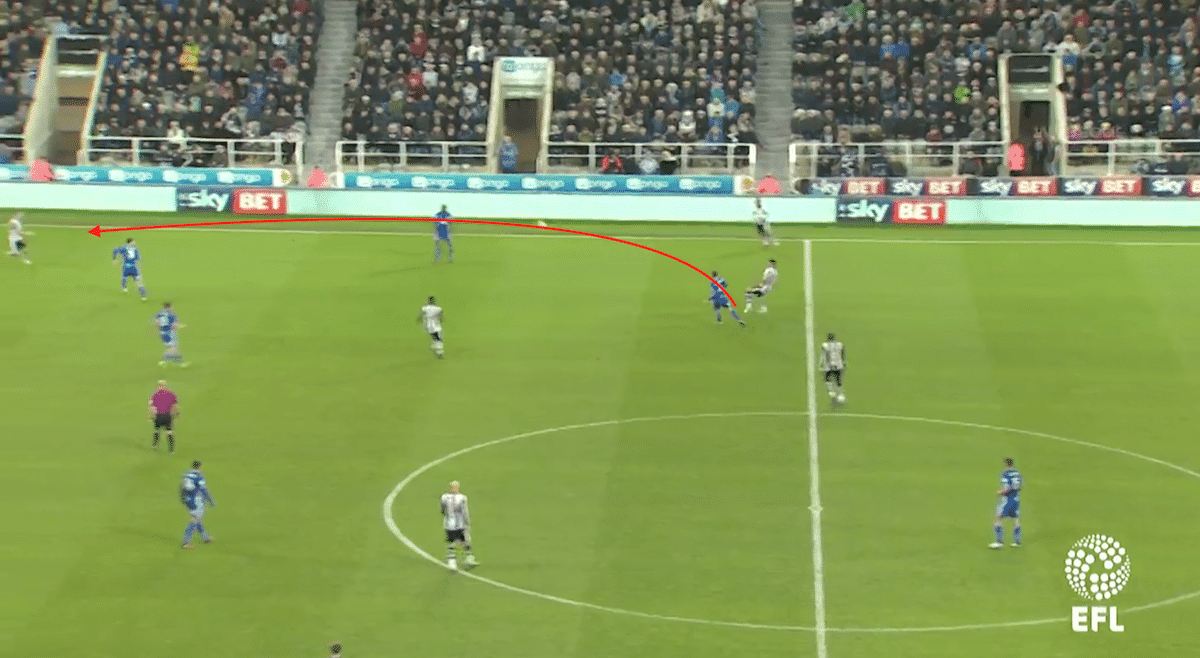 In the exchange above you can see that Lascelles has the ability to pass the ball forward and he’s not just playing safe five yard passes. He initially advances with the ball and plays a pass to the retreating Newcastle player before receiving the return pass.

The 22-year-old then takes a touch and lofts a pass to a team-mate who has moved to the right to exploit the fact the Birmingham defender had followed the retreating attacker. It’s a pass which takes five Birmingham players out of the game and showcases he has that in his locker. 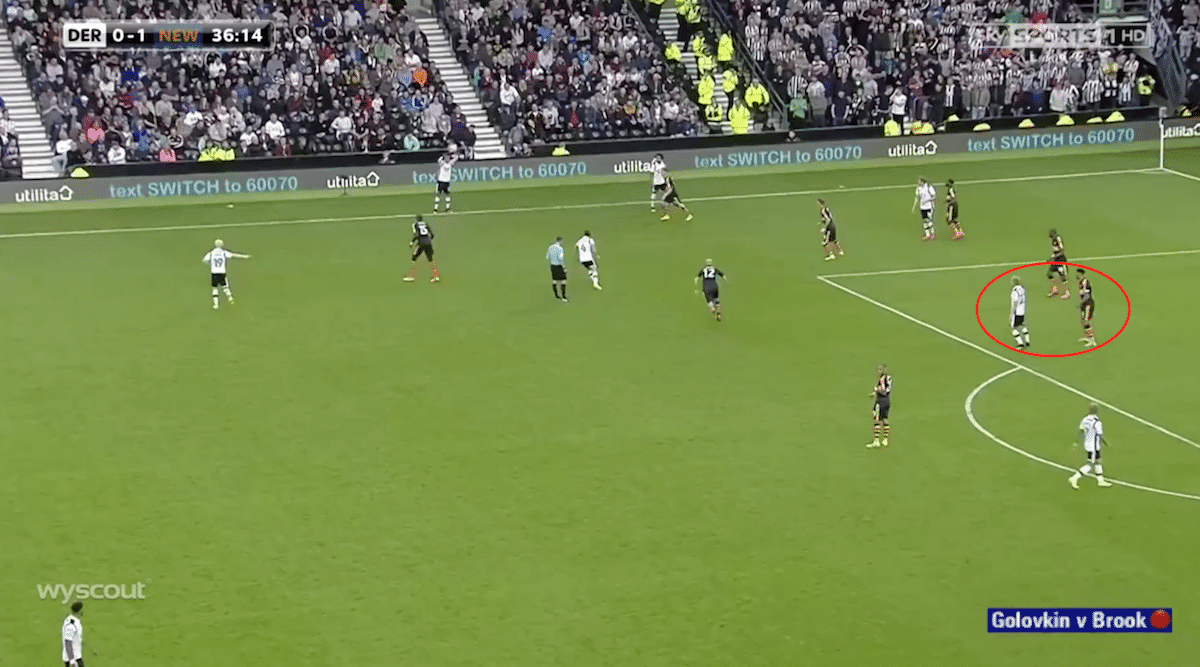 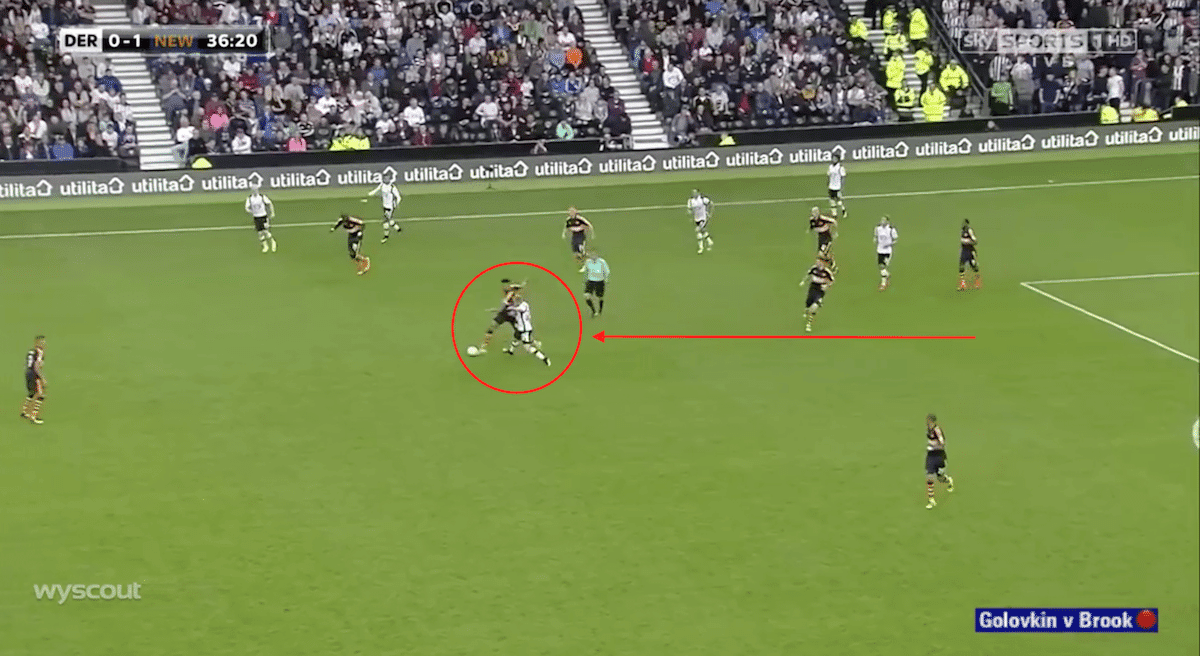 In the two pictures above you see how aggressive and proactive Lascelles is. In the first picture he’s close to the Derby County player and the defender follows the striker even as he drops off to pick up the ball.

Many centre-backs would just hold their position and allow the opponent to turn on the ball to face the Newcastle goal, but not Lascelles. He basically chases him away from goal and ends up dispossessing him before getting Newcastle onto the attack.

His stats may not jump out at you, 0.6 tackles and 1.2 interceptions, but this could simply mean his positional sense is good and he’s not having to make tackles. Liverpool struggle to defend set pieces but the 6ft 2 defender wins 3.5 aerial duels per 90 minutes.

The starting centre-back duo for Liverpool is usually Dejan Lovren and Joel Matip. Between them they average 2.9 tackles, 3.2 interceptions and win 6 aerial duels. So in that sense Lascelles would fit in. With Mamadou Sakho reportedly on his way out of Anfield perhaps the Newcastle man, who would cost substantially less than Virgil Van Dijk, could be wearing red come February.