There is no sentimentality in professional sport, perhaps no more illuminating than in football; a game built on loyalty, passion and a deeper connection between fans, players and clubs yet individuals are cast aside with little regard for past endeavours and emotional ties.

Anthony Knockaert is one such player who traversed the ever-growing divide between millionaire players and supporters who help support and elevate their lifestyles beyond just being footballers.

His performances in the Championship for Brighton and Hove Albion, where he was he was the Seagulls best attacking player and the division’s player of the season – ensured promotion to the top-flight for the first time in 34 years.

Knockaert’s ties when beyond mere idolising of his ability as the death of his father Patrick in November 2016 provided an unfortunate emotional backdrop to the promotion season, with the French winger grieving in public view.

As a result, Knockaert to Brighton – one of the more community-focused clubs in England – represents more than just a player of the club, but that status looks to be challenged throughout 2018/19 as they look to establish themselves as a bona fide Premier League force.

Making up a significant proportion of their £54 million transfer spend so far has been the arrival of Alireza Jahanbakhsh from AZ Alkmaar for a club record fee in the region of £20m.

Brighton fans have reason to be very excited, added to the other interesting new arrivals this summer, but the Iranian international’s success will almost certainly have to be aligned with the decline of Knockaert’s importance as a first-team player.

For AZ last season, Jahanbakhsh made 28 of his 33 appearances on the right wing; of Knockaert’s 27 Premier League starts, 24 were down the right-hand side, albeit in a slightly deeper role but it’s extremely unlikely to see Chris Hughton lining up with both on the same flank this season.

Putting aside the fact the 24-year-old is a club record signing so demands immediate inclusion, statistically there were large disparities in production between the two wingers last season. 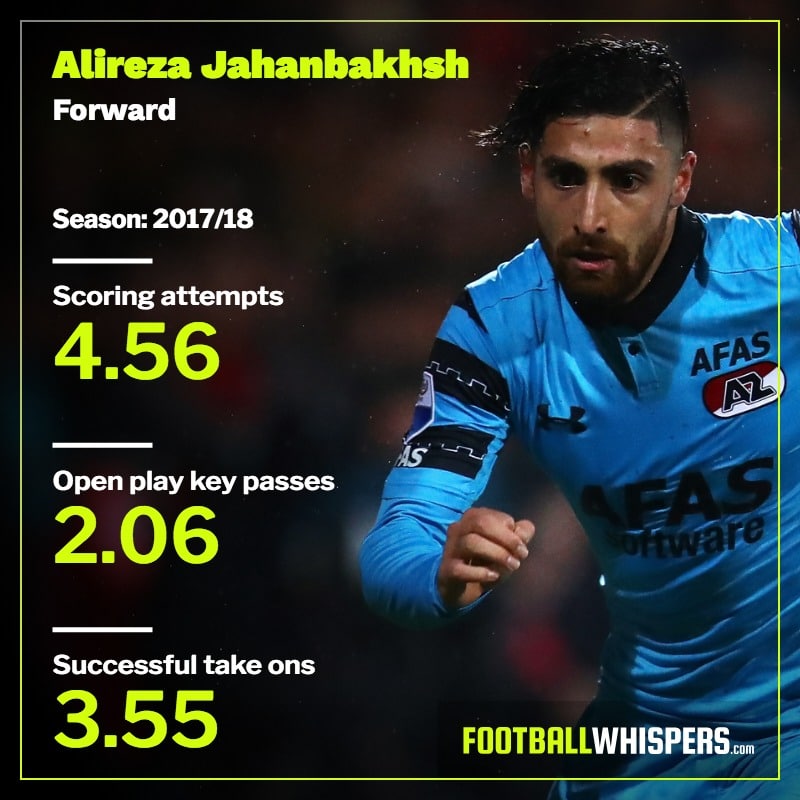 Unsurprising, it terms of goal threat there is no contest: Jahanbakhsh’s 24 to Knockaert’s three is a considerable difference but also the 24-year-old averaged 0.66 per 90 minutes compared to 0.11 and scoring attempts were of a similar gap, 4.56 to 1.7.

Outside of just being able to find the target, Jahanbakhsh’s creativity can also be a real asset for the Seagulls as he produced 12 assists last term (one for Knockaert), 2.06 open play key passes per 90 (0.96 for Knockart) and 0.63 big chances (0.11 in the Frenchman’s case). 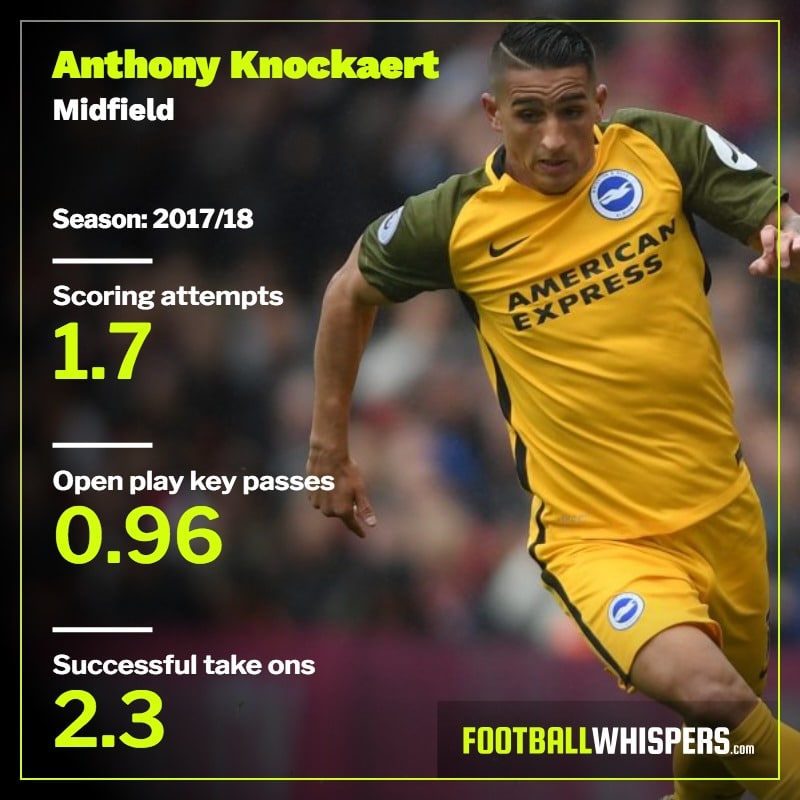 He did play in a more outwardly offensive position and, of course, the quality of the defending in the Eredivisie isn’t of the same quality as the Premier League but these are stark differences.

Passing-wise, Jahanbakhsh had the beating of Knockaert with 32.77 against 30.42, he averaged 3.55 successful take-ons per 90 compared with 2.3 while defensively there is also much to reassure Hughton as the Iranian also delivered 2.15 tackles versus the Frenchman’s 1.44.

Unless Hughton dramatically alters his approach and system, Jahanbakhsh will be the man on the right flank for Brighton against Watford on August 11 and unless he spectacularly fails, it’s going to take some work from Knockaert to get back into the side.