Ivory Coast hosts Malawi for the fourth game of Group D in CAF World Cup qualifiers. These teams met for the first leg on 8th October, a fixture that Ivory Coast won 3-0 away from home. Can Malawi overturn the first-leg defeat? Find out more about this game, including the best free predictions in this post.

Ivory Coast is at the top of Group D with 7 points after three games, only a point ahead of second-placed Cameroon. Malawi is third on the table, three points behind Cameroon. Such stats means the top spot remains open for the first three teams in the Group. Our best three picks for Ivory Coast vs Malawi are as follows:

We are tipping Ivory Coast to win this fixture. The visitors bagged an emphatic 3-0 away victory in the first leg and look to do even better at home. Malawi has struggled with poor defending and has lost the last four away matches. A fifth consecutive away loss for Malawi against Ivory Coast is a plausible outcome in this match.

We don’t think there will be goals on both sides in this fixture. Ivory Coast should get a clean-sheet victory on matchday, a feat they already achieved in the first leg. The hosts have leaked only one goal in three games so far. They have 2W and 1D while Malawi has 1W and 2L in the last three games.

In as much as Ivory Coast is our favourite to get all points in this game, the hosts should fight even harder for points in the second leg. The top spot in Group D is still competitive and so, we expect a tough duel between these teams in the fourth meeting in all competitions.

Ivory Coast will look to assert their place at the top of Group D in CAF World Cup qualifiers. The hosts have seven points, only a point adrift second-placed Cameroon. The biggest advantage for Ivory Coast is their strong defence that has leaked only one goal in the first three matches. The hosts have scored five goals so far. Their scoring record is a direct opposite of Malawi that has leaked five and found the net only once. To win this game, Ivory Coast must improve in their finishing. The hosts also boast an unbeaten run of nine matches and extending it to ten games is at the center of their plan before this match. 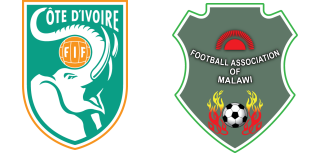 Which stadium will host Ivory Coast vs Malawi match?

The game will be played at Stade Felix Houphouet-Boigny in Abidjan, Ivory Coast.

How do these teams compare in previous meetings?