Ivory Coast vs Algeria is a must-watch AFCON 2022. The reigning Champions, Algeria, have been reduced to a struggling outfit and have only this chance in the last Group E fixture to claim a playoff spot against Ivory Coast. Table E stands look tight as the leaders, Ivory Coast, have 4 points, followed by Equatorial Guinea (3 points) Sierra Leone (2 points) and finally Algeria with a point after two games.

Our Free Predictions for Ivory Coast vs Algeria

This fixture will be the fifth encounter between Ivory Coast and Algeria across all competitions and the third at this level. The first two meetings were AFCON matches back in 2010 and 2013, games that saw both teams score against each other and at least four goals scored. We have a detailed analysis of our top picks for this match as follows:

This fixture is expected to be a heated encounter and with both teams fighting for points, we expect some goals to be scored in this game. These teams have met four times and all matched had goals on both ends. We think a similar outcome is probable in this third AFCON meeting. The only two previous AFCON encounters between Ivory Coast and Algeria yielded the most goals.

Algeria has found results hard to come by in the ongoing AFCON 2022.  A poor scoring form and costly defensive mistakes have condemned the Desert Foxes to the last spot in Group E with only one point. Ivoirians have taken their scoring chances, which is why we are backing them to score the first goal in this fixture.

Check out the tables below for the latest stats, which include team form, H2H as well as the best odds for this AFCON fixture in the table below.

The fifth meeting between Ivory Coast and Algeria is a match that you cannot afford to miss. It is a tight race for the AFCON quarterfinals spot and while Ivory Coast is at the top of Group E table; their direct qualification is under threat. The Ivoirians are only three points above last-placed Algeria in the group. Second and third places could equally close in on them after this game. Such stats only mean this is a do-or-die game for both teams.

While Ivoirians will look to stem their place at the top of the table by securing at least point in the hope that Equatorial Guinea does not win the next match, Algeria will hunt for their first AFCON 2022 victory after a barren draw against Sierra Leone in the first game and a dramatic loss to Equatorial Guinea in the second game. What makes this game even trickier for Algerians is because the Desert Foxes will play against the toughest opponent in the group, a game they must win or take the earliest flight back home.

In previous four encounters, both teams found the net and given the significance of this game for both teams, that is a likely outcome. There were two draws of 1-1 and 2-2 in previous encounters and 1 victory for both teams. It sets the stage for another duel between two of Africa’s finest national football teams. 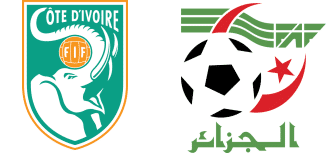 What is the position of Ivory Coast and Algeria on FIFA ranking list?

Ivory Coast is 56th while Algeria is 29th according to the latest FIFA rankings.

Which stadium will be the venue for this game?

When is the Ivory Coast vs Algeria fixture taking place?