This is a preview of the group D game involving Ivory Coast and Saudi Arabia at the Nissan Stadium in Yokohama. This will be the first meeting between the two teams.

Ivory Coast U23 vs Saudi Arabia U23 – Free Betting Tips

Africa finally gets a representative at the Olympics for the first time since 2008 and Ivory Coast are under huge pressure owing to this status. The team has carried excellent form coming into the tournament by winning the last four matches. Saudi Arabia have also been able to pick up a string of wins since March.

Ivory Coast are clearly taking no chances when it comes to the squad strength. There is a lot of experience and talent across the pitch. Even though Saudi Arabia have also picked up some crucial victories in recent months, there is little that they can do against a quality opposition. Saudi Arabia’s recent wins have been against opponents who are vastly inferior to Ivory Coast.

There is little doubt that Saudi Arabia will be one of the strugglers in group D. Even though Saudi Arabia coach Saad Al Shehri has elected to go for three overage players, he has largely gone with a squad which plays its domestic football in the Saudi Arabia league. They will struggle against a potent defence of Ivory Coast, which includes players who play at high European standards.

Ivory Coast will offer a lot of offensive threat thanks to the experience and quality of the players, while Saudi Arabia are certainly among the weaker teams in the competition. Even though Saudi Arabia may not contribute more than a goal, Ivory Coast have enough going forward to make this as a high-scoring game.

Ivory Coast U23 vs Saudi Arabia U23: Team News and Match Preview

Ivory Coast have a lot of talent with players like Eric Bailly from Manchester United and Kessie from AC Milan providing strength to the squad. There is no doubt that Ivory Coast have taken the competition seriously after having progressed past the group stages back in 2008.

Saudi Arabia have gone with a squad which predominantly plays in the local league. There is a significant dearth of players who are proven at the very top level. Saudi Arabia have not featured in many matches of late and they are seen as one of the favourites to drop out of the group.

Questions about Ivory Coast U23 vs Saudi Arabia U23 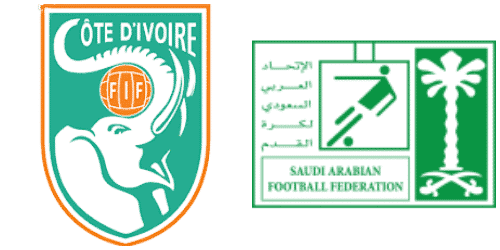 Where is the match scheduled? Nissan Stadium

Which team is the favourite to win? Ivory Coast