Remember when José Mourinho first came to England? Taking charge at Chelsea shortly after delivering Champions League success at FC Porto, he was universally admired for his approach on and off the field, combining excellent tactical awareness with a sharp wit and an even sharper suit.

His team tore through the competition, their rivals struggling with the 4-3-3 formation that exploited English football’s almost complete dependence on an out-of-touch 4-4-2 system.

Aside from Claude Makélélé who literally becoming synonymous with the holding role in central midfield, the standout feature of those early Mourinho teams was the impact of their wingers.

Fielding Damien Duff and Arjen Robben either side of Didier Drogba, his Chelsea set a new Premier League points record and delivered a first title in 50 years to Stamford Bridge.

Over the following 12 years however, the reputation and approach of the Setúbal native has radically altered, to the point where he is now associated with dour, defensive football and narrow victories.

The “style” employed by Mourinho teams in Milan, Madrid and now Manchester has been vastly different to those early days in London, but recent events have perhaps seen him looking to reverse that trend.

United have Paul Pogba, Juan Mata and Henrikh Mkhitaryan to call upon, the “Theatre of Dreams” hoping to once again provide a stage upon which great players display their skills and deliver the same breathtaking football that Sir Alex Ferguson and Sir Matt Busby demanded.

News in March was that Mourinho had travelled to Zagreb to speak with Ivan Perišić added fuel to a rumour that has been boiling under the surface for quite some time in Italy. The Inter winger would certainly add bring him the pace and dynamism that Robben and Duff once did, and the fact he was photographed in the city will only serve to heighten the speculation.

Indeed, after early reports of a €40million offer for the 28-year-old, Saturday’s edition of the Corriere dello Sport insisted that Inter would not be willing to part with him for anything less than €60million. Liverpool and Chelsea have also been linked, with the Nerazzurri clearly hoping that the trio of interested clubs will drive up the price for Perišić, something that would ease their own Financial Fair Play worries.

Are Inter Willing To Sell?

The San Siro giants have struggled to remain competitive despite lavish spending since the Suning Group took control, but they would still be reluctant to sell a player who is under contract until June 2020 unless they received that type of inflated bid for the Manchester United transfer target.

United’s chances of signing him would be given a major boost if they can secure a Champions League berth for next term, plus the fact the former Wolfsburg man has often spoken of a desire to test himself in England.

Perišić also recently sacked his agent and appointed Fali Ramadani, a representative who facilitated moves to the Premier League for Marcos Alonso, Stevan Jovetic and Valon Behrami among others in the past few years.

But what would United be getting for their money? Well, to be blunt, over the course of the 2016/17 campaign, Perišić has been simply sensational. Mauro Icardi gets a lot of credit for the goals he scores, while new coach Stefano Pioli’s impact cannot be understated, yet the man in the No.44 shirt deserves to be lauded too.

He weighed in with 11 goals and eight assists in 36 appearances, fielded largely on the left of  4-2-3-1 formation but also happy to occupy the opposite flank or play as a second striker.

His speed and skill terrorise opponents who have few answers to either, while he also plays with a physicality that would unquestionably translate well in English football. Perišić is certainly not the kind of fragile prospect Jovetic proved to be at Manchester City. 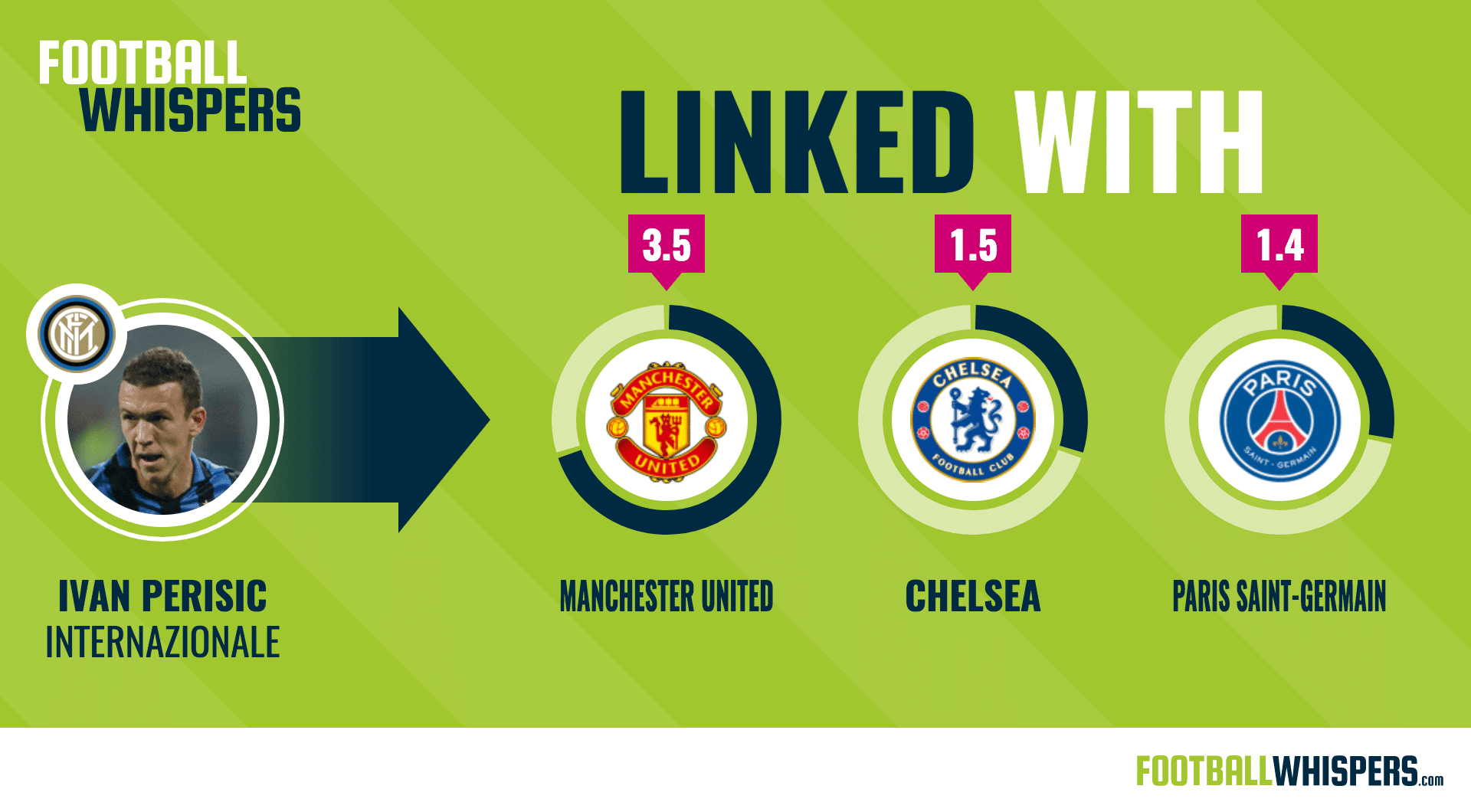 He excels at dragging defenders out of position to create space and opportunities for his team-mates, stretching them. According to WhoScored.com, he is registering career-highs for completed take-ons (1.1), chances created (1.7) and successful passes (34.5) per game.

The ex-Borussia Dortmund flyer has learned to contribute without the ball too, contributing 1.3 tackles and 1 interception per game, something that would be essential for any player in a Mourinho side.

That looks set to be exactly what he is this summer, but Ivan Perišić is undoubtedly ready to help the Portuguese coach rediscover what it was that made him The Special One not so long ago.