With the talents of Sergio Agüero, Leroy Sané, Raheem Sterling and Kevin De Bruyne at his disposal, it seems odd to criticise Pep Guardiola for his attacking tactics at Manchester City this season.

However, if they want to confirm a place in the top four, or keep their place in one of the three automatic UEFA Champions League group stage positions, there needs to be a couple of tweaks at the Etihad to improve in what they have already achieved.

Of the teams in the top five, only Manchester United have scored fewer goals this term, with even Arsenal in sixth scoring twice more than City.

Amassing 15.8 shots per game, they rank fourth in the league – with 32.9 per cent of those efforts finding the target. For reference, eight teams manage more than that number, with Swansea – even though they have scored 18 less goals – are just behind on 32.2 per cent.

City are not playing the percentages well and could be a lot more clinical in front of goal. Only three clubs take more attempts from outside of the penalty area, and they are level with city rivals United and Tottenham Hotspur in terms of the amount of shots per game that miss the target. That trio lead the league with 6.3. Chelsea, Liverpool and Arsenal all average under 5.6.

One of the biggest features of Guardiola’s team is the amount the ball they see each game and the incredible number of passes completed. It’s no surprise that they lead the league with 541.72 passes per 90 minutes – completing 86.1 per cent. They also dwarf everyone else with 61.4 per cent possession, Liverpool are second with 57.6 per cent and Chelsea, sitting in top spot have just 53.8 per cent possession each game.

City need space in behind 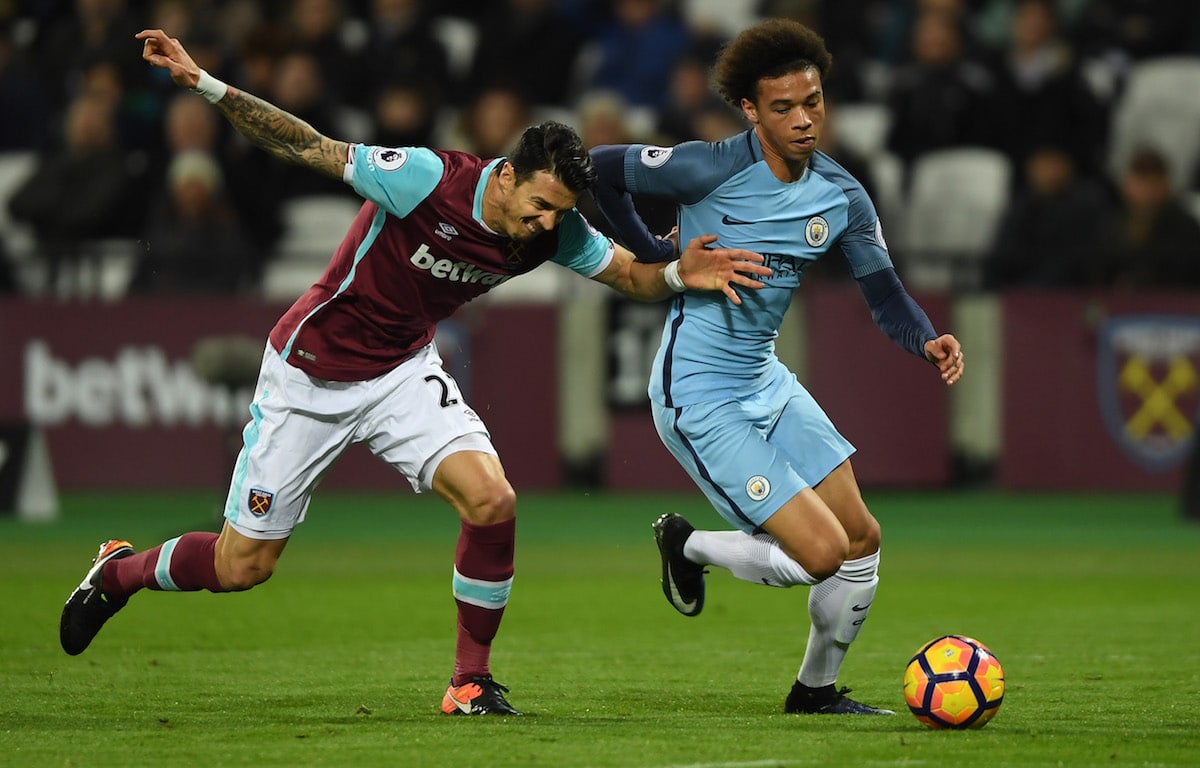 Although they were beaten 6-6 on away goals by Monaco in the Champions League, both ties showed, especially the swashbuckling game at the Etihad, that City are a much better team and a very deadly team in attack when they have space in behind the defence.

That’s easier said than done, but it’s something that the Spanish coach could work on to get the best out of this team, adapt to the Premier League and become a much more dangerous outfit.

It may go totally against Guardiola’s beliefs, but it’s also something that has stumped Liverpool under Jurgen Klopp. When you dominate the ball like they do, the opposition automatically sit back and try and frustrate.

West Ham United showed what happens when you play a high-line against this City attack and Sané, De Bruyne and Gabriel Jesus, before his injury, tormented the Hammers at the London Stadium. Any coach worth his salt won’t allow them the same room, but if City were to relinquish possession just a fraction, invite teams on to them, they could open up more space to operate.

Possession is the key

Guardiola could afford to try it though. Due to the amount they have the ball, no club allows fewer shots from their opponent than City, with just 8.0 a game. That’s 0.2 less than Chelsea and Liverpool. Arsenal, a team that plays in a similar style, average 10.8, but have only conceded four more goals this season.

Monaco attack City at will, looked to expose the weak full-backs and push their own agenda, not many Premier League clubs outside of the top six will even attempt to play with that abandonment, but what it showed was just how dangerous this City front-line can be with space to play.

Against Middlesbrough there was a perfect example of what City can hope for in the future. Quick passes between David Silva, Gael Clichy and Sané set up a two v one situation down the left. 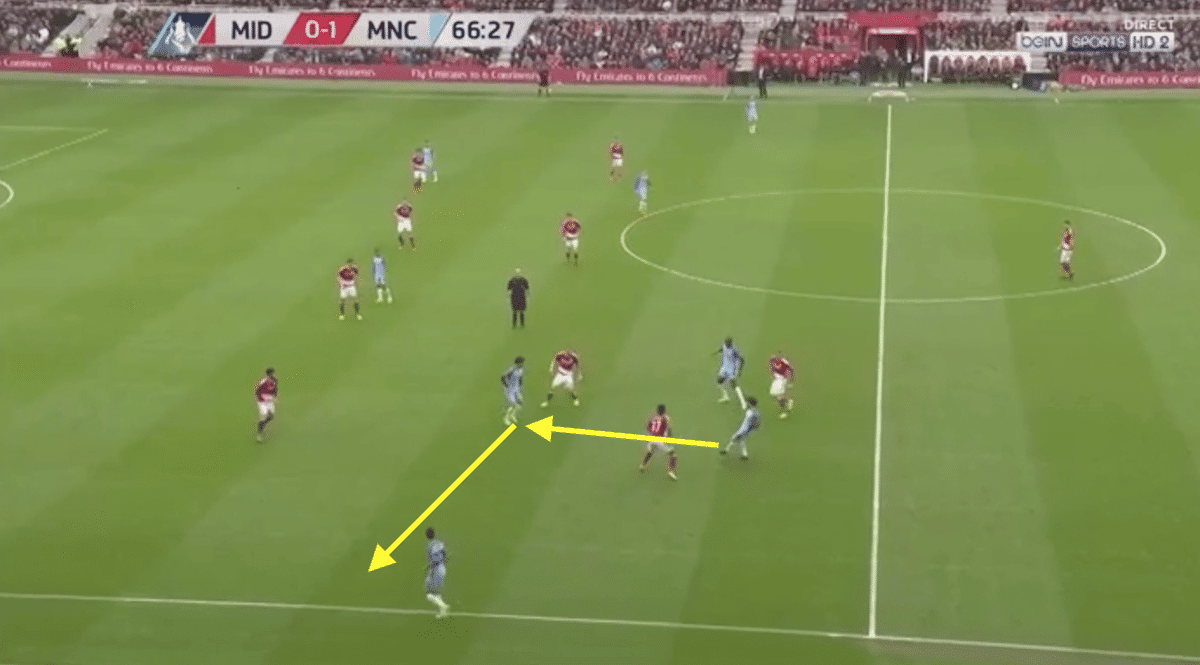 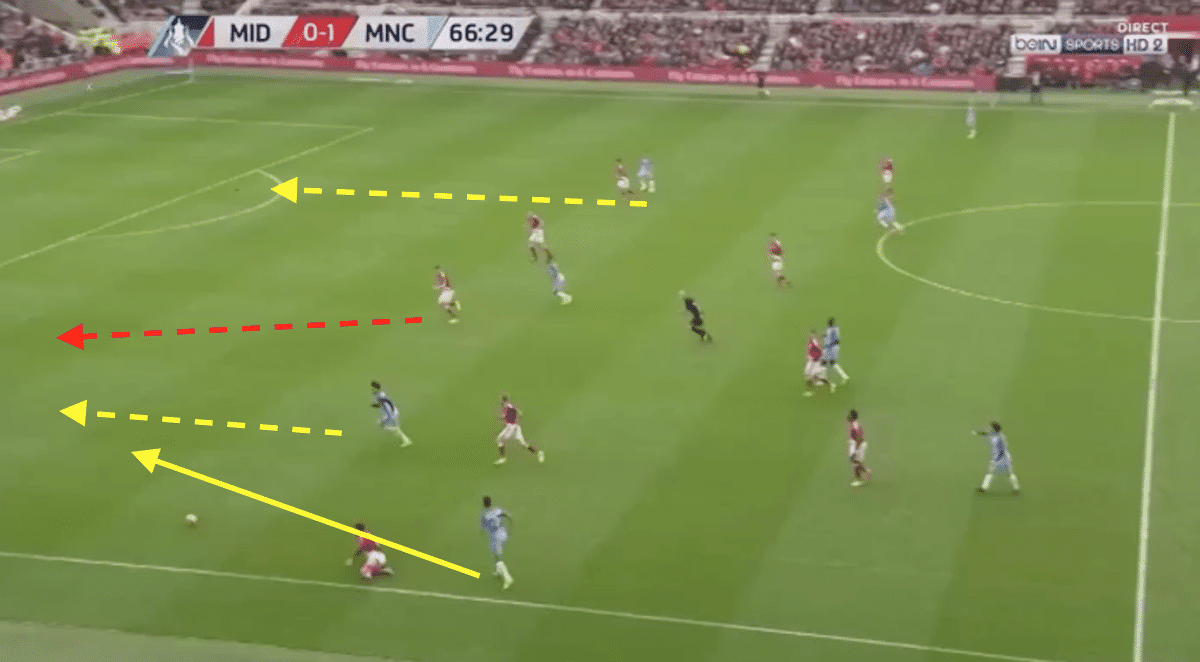 The German international is set free and Boro’s centre-back has to step out to cover, leaving Aguero one-on-one to get in front of his marker and provide the finish. 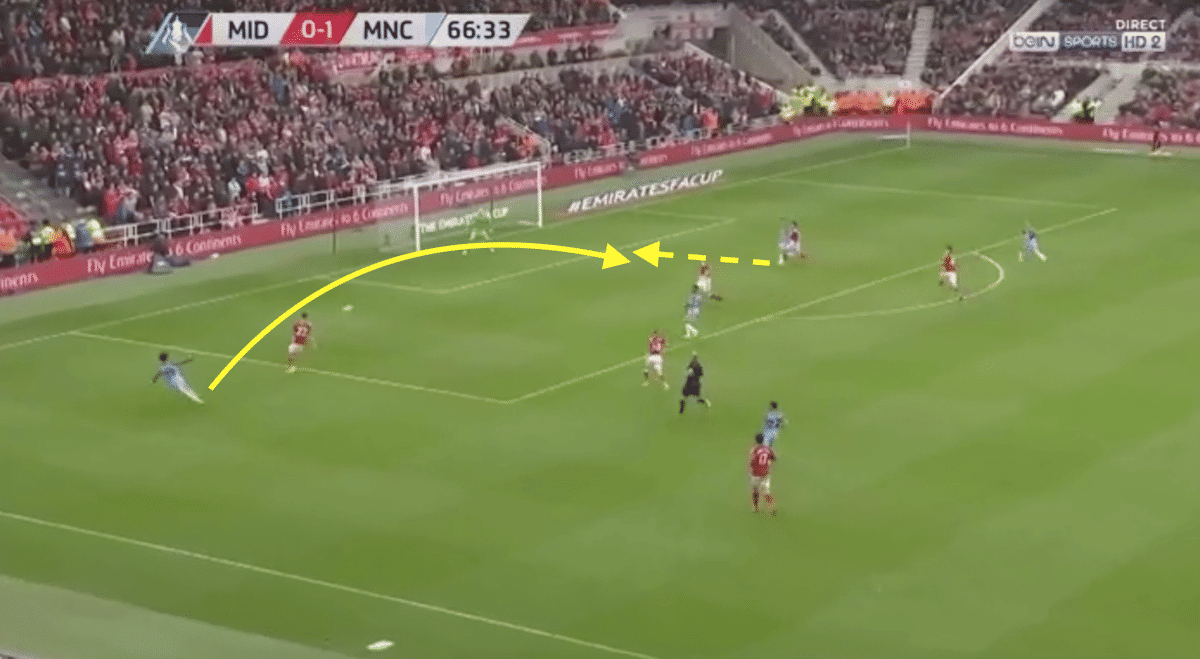 All too often, either teams are playing too deep to make it work in the same way, or City’s attacks haven’t featured the directness or urgency to punish teams that slack off.

Guardiola putting together a talented team 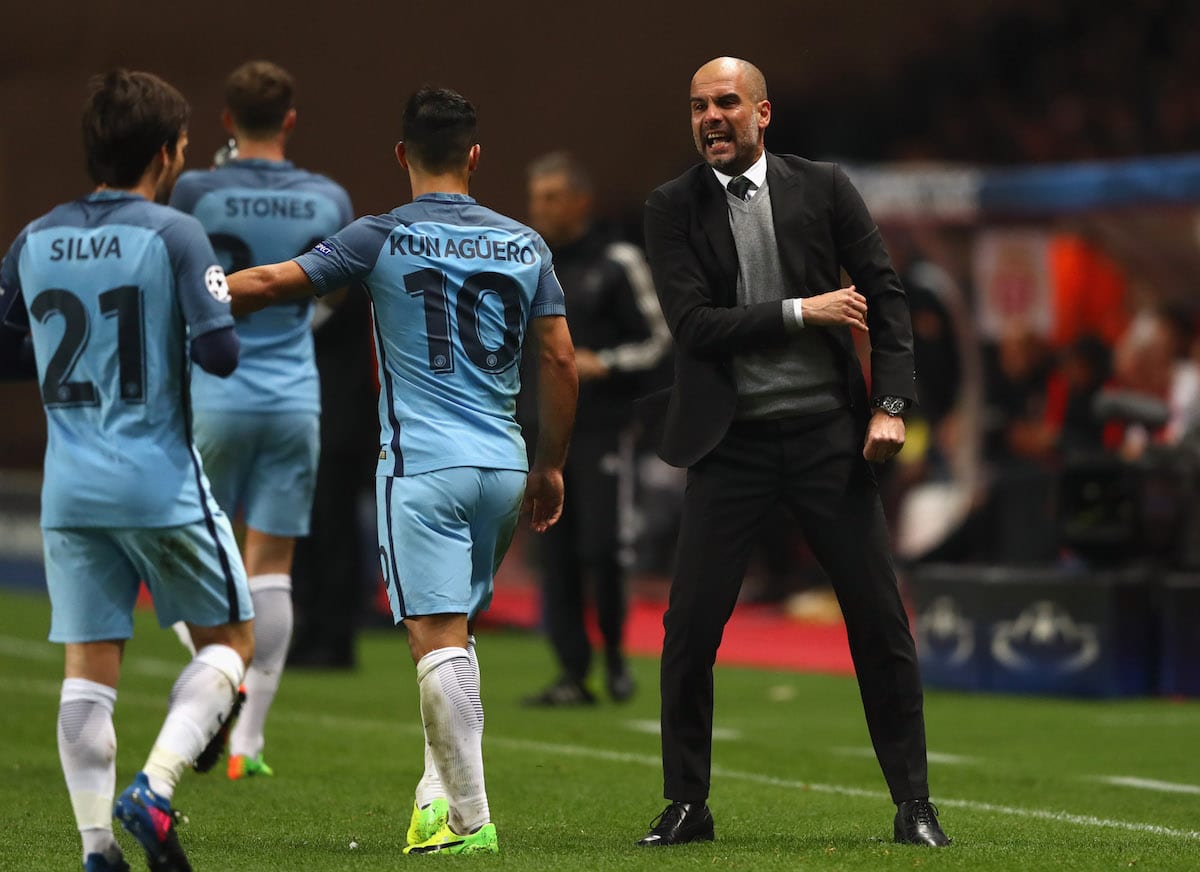 Guardiola is building something special, you can already see the building blocks and next season with another summer not only signing players, but working with the talent he already has, they will be brilliantly placed.

“It is a lot of fun to work with him, and he expects a lot from me,” Sané told German newspaper Bild during the international break.

“But that helps every single player move forward. He has improved me in all areas. I definitely took a step forward and developed.”

Gabriel Jesus will return next season, and without playing on the pitch, he should be fitter and stronger in terms of his physical ability, that will help him play more as a centre-forward in England. He won’t want to lose that pace though, yet, the ability to hold off defenders, play with your back to goal and bulldoze your way past teams is a road to success in the Premier League. As shown by Diego Costa and Zlatan Ibrahimović this term.

If Guardiola isn’t going to find a way to tempt teams further out of defence by letting his team see less of the ball, he will need forwards that can play a more traditional English striker role. That’s not quite Agüero, but it could still be the Brazilian.

“Pep is a great coach, we all know it,” Jesus said at the launch event for the International Champions Cup in New York.

“As a person, I have the opportunity and the honour of knowing him. I see he is a very good person, so that helps a lot. That's not to say what a huge professional he is [too], that's a big difference [from the other coaches I have worked with].”

The Spaniard can still mould him however he wants, and that flexibility will be key to how their attack develops in the future.