Liverpool finally registered their first Premier League win of 2017 thanks to a comfortable 2-0 victory over Tottenham Hotspur at Anfield.

The aftermath of such a destructive performance, against the team with the league’s joint best defensive record, has seen a few talking points in particular dominate the media coverage.

Sadio Mane is magic and everyone else is tragic; Georginio Wijnaldum is turning out to be a bargain after a series of big match performances now; if you go toe to toe with the Reds you are more than likely going to regret such naivety after being ruthlessly put to the sword; Spurs aren’t the same team without Danny Rose and Jan Vertonghen. 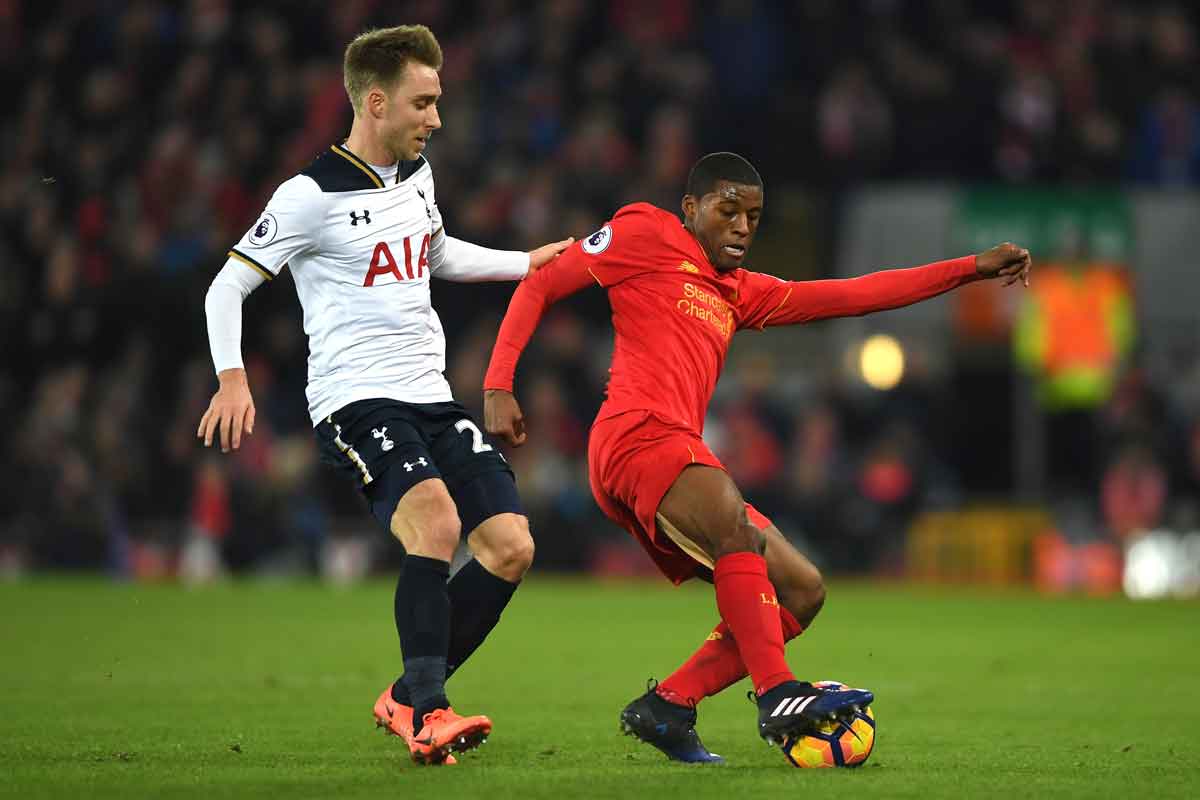 But one part of Liverpool’s breathtaking performance which is being overlooked is just how much an injection of pace transformed the team.

Klopp’s men wanted to go from back to front in an instant.

They looked like a completely different team to the one that lost 2-0 to Hull City. At the KCOM stadium the Reds were lethargic, lacklustre and pedestrian. This wasn’t just because of how the Tigers lined up but because Liverpool allowed it to happen with slow build up and risk-free passing.

However, against Spurs their play was more direct in general. It wasn’t just the inclusion of Mane and Wijnaldum being recalled to the starting XI; it wasn’t even down to the fact everyone appeared to be in the positions they had excelled in earlier on in the season either.

The men in red had a plan and they looked to execute it with great haste. Literally. The buzzwords on the day all related to speed both physically and mentally: counter attack, quick thinking, fast tempo.

If the eccentric German now wants to add more variety to his side, with an emphasis on getting the ball forward much quicker, then starting one of the fastest players at the club should be at the top of his list of things to do.

The Spaniard certainly divides opinion and many are completely against the idea of him starting for the club again.

The 24-year-old’s arrival at the club in the summer of 2014 was met with excitement and anticipation. The left-back position had been a problem for the red half of Merseyside for years and after witnessing Jose Enrique and Aly Cissokho in previous campaigns, the general consensus was the club had signed a gem in Moreno for £12million. A bargain in comparison to the £27million Manchester United paid to land Luke Shaw the same summer.

Moreno’s start to life with the club was a bit of a false dawn. He made his debut against Manchester City on a Monday night before scoring his first goal for his new club just five days later in a 3-0 win over Spurs.

He hasn't reached the heights of that strike versus Tottenham since. The Spaniard quickly became the scapegoat for Liverpool’s defensive failures under both Brendan Rodgers and Klopp. The former Sevilla man occasionally switches off defensively but let’s not pretend as though the defence is impenetrable without him.

The Case against Moreno Starting

If it ain’t broke don’t fix it. That’s what they say isn’t it?

James Milner has been impressing pundits and fans throughout the season with his performances at left-back. He’s not a natural fit for the position and there are limitations to him playing that role, but he’s got on with his job and is contributing both in a defensive sense as well as an attacking capacity.

Dropping him would be extreme but, if Liverpool want pace down their left flank the, former City man will have to be sacrificed . 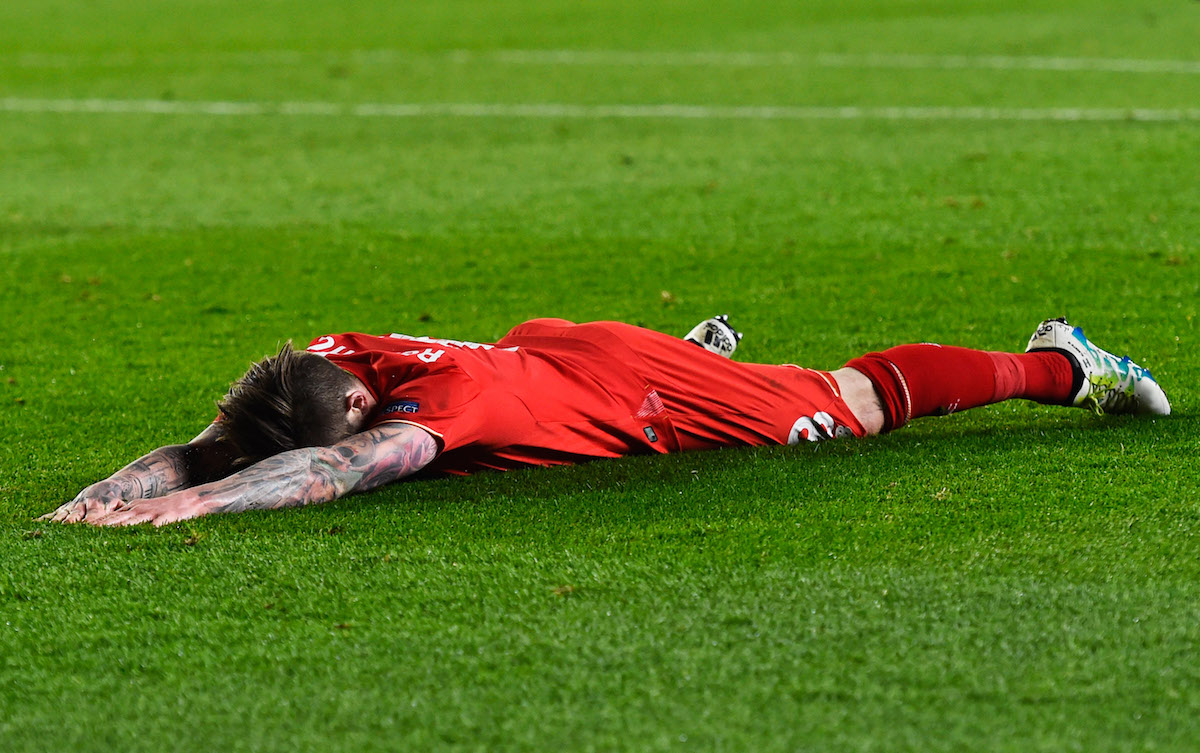 “You might as well start a goal down with Moreno at left-back,” said Gary Neville after Liverpool’s 4-3 victory over Arsenal. If you are inclined to be polite then you would say the Liverpool number 18 is reckless.

He’s often accused of being caught out of position but the counter argument to that is the rest of the team haven’t covered him or the space vacated when he supports the attack properly. Both claims are probably valid.

He can gamble at times when he would probably be best served holding his position but at the same time he can’t be in two places at once. The width for Liverpool comes from the full-backs and if he’s supporting the play he can’t be in a defensive position if that breaks down and the opposition attack.

The Case for Moreno Starting

Liverpool are still yet to answer whether or not they can break down a deep sitting side. They've had trouble all season when facing teams who just look to get players behind the ball and instead look to dictate the space. Milner's lack of pace dictates just how effective he can be in certain scenarios. 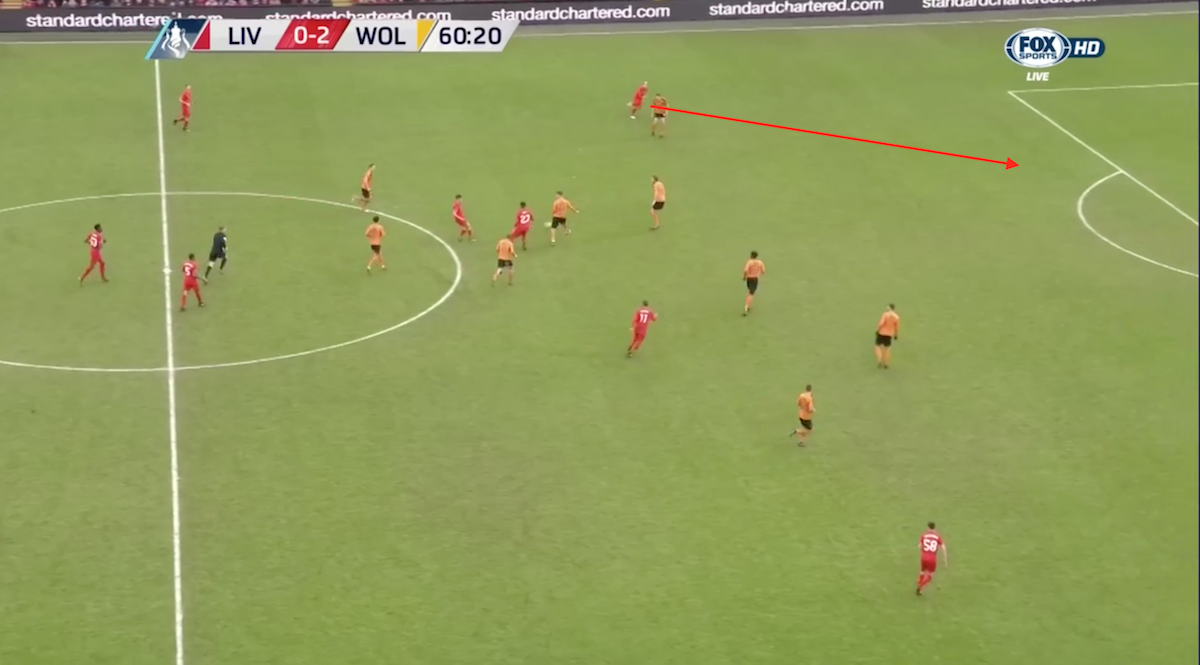 Moreno gave fans a glimpse of what he could offer against those deep sitting sides when Liverpool played Wolverhampton Wanderers in the FA Cup. Although the home side lost and Wolves, in the above picture, don't appear to be playing a deep defensive line, they did look to get players behind the ball.

The away side have six players behind the ball as Coutinho takes possession in a deep area. Moreno is already looking to get in behind and the fact he has the pace to do so gives Liverpool an extra dimension in attack.

Unfortunately, in this instance the Brazilian's pass is overhit. However, it's not a pass that would even be on if Moreno wasn't playing. 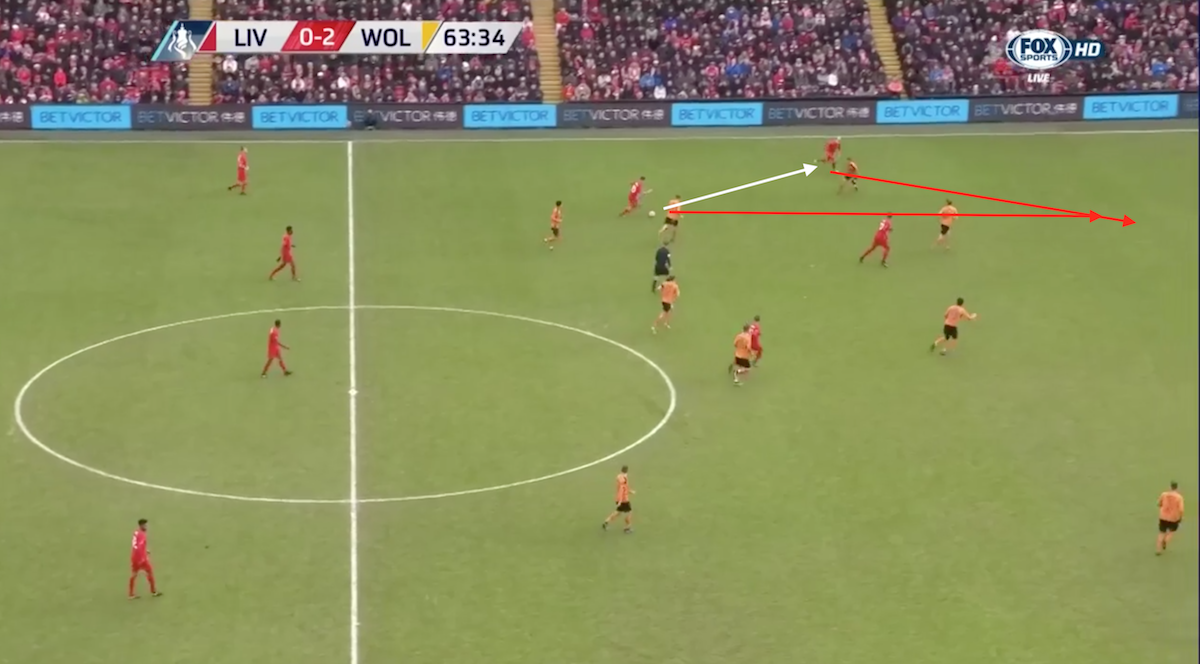 There's a bit of deja-vu here: it's Coutinho and Moreno once again and the opposition is Wolves.

The Liverpool number 10 picks the ball up and looks up to see a whole host of gold shirts with very little movement. The left-back is the only player on the move and he's looking to attack the space. If Coutinho had played the pass highlighted by the red arrow, the Reds would've been in. Inexplicably, though, he plays the white arrow pass and stops the attack dead. 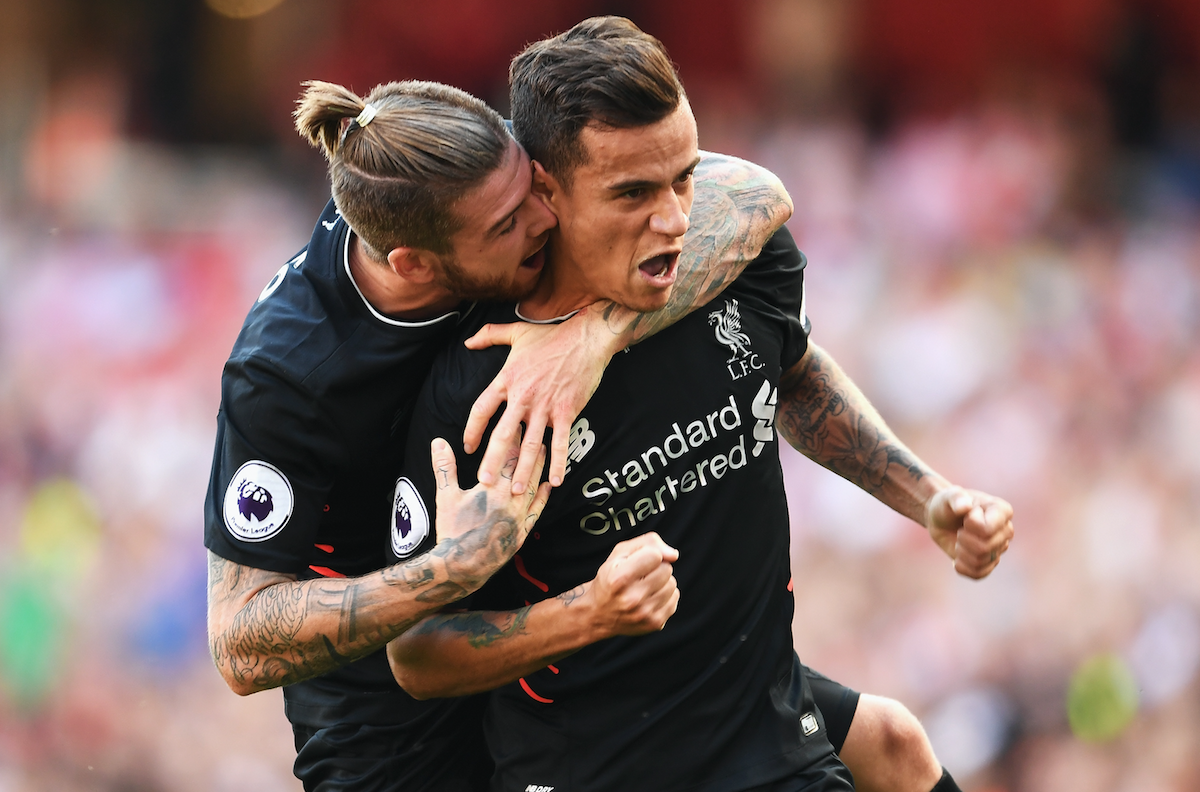 In just those two pictures you can see what Moreno can add to Jurgen Klopp's team: incisive runs from deep areas which would give even the most organised of teams a headache or two.

In Wijnaldum and Jordan Henderson there are now two players who will cover the space vacated by the full-backs, meaning the common complaint often aimed at Moreno shouldn't be as much of an issue now.

The Champions League hopefuls have tried the same thing against deep sitting sides all season and have yet to come up with a consistent winning formula. With games running out and competition really heating up, could Moreno be Klopp's wildcard? Is there any harm in giving him a go?